Automakers are Watching What Radio Broadcasters Do

The evolution of radio receivers in cars over the last 25 years has been quite remarkable and beneficial for broadcasters, listeners and automakers. With the advent of hybrid (over-the-air plus internet) radio, it’s more important than ever for broadcasters to take full advantage of the radio technology being offered in vehicles today so automakers know their efforts to improve the radio experience are worthwhile.

This receiver evolution can be appreciated by comparing the radio technology in the 1994 C4 Chevrolet Corvette with that of the current model, the 2020 C8 Corvette, which, for the first time in Corvette’s history, sports a mid-engine configuration.

The 1994 model boasted an AM/FM radio with a cassette player (see photo). Perhaps for some, this was a golden age for radio, when other than the cassette player, radio had no competition as the audio entertainment source of choice. Back then, automakers included AM/FM radio in their vehicles with little or no encouragement by or collaboration with broadcasters. 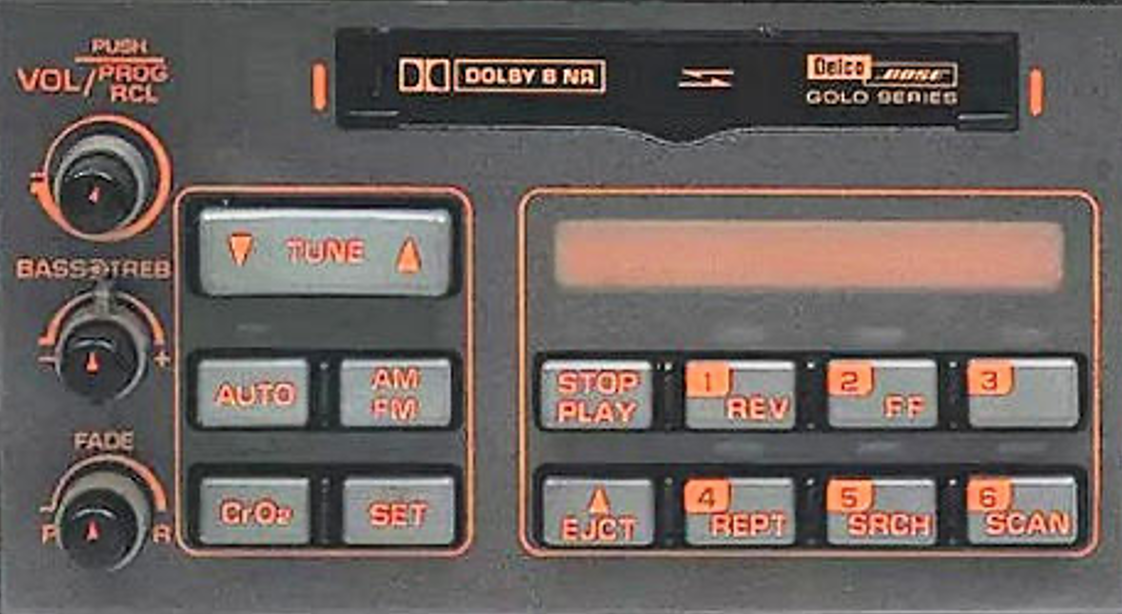 The story is quite different in the 2020 Corvette, where we find not just a car radio but the “Chevrolet Infotainment 3 Plus System” with 8″ diagonal HD color touchscreen. Some of the various control screens for this unit are shown in the photos below. Here is a list of some of the supported features:

There’s more audio competition in this 2020 infotainment system, so it’s important that broadcasters do their very best to support the available features and ensure that AM and FM radio services provide maximum value to listeners.

Broadcasters wanting to take full advantage of this receiver’s features should be broadcasting an HD Radio signal with metadata (like song title and artist), with FM stations including station logo and Artist Experience album art images. Analog FM broadcasters should be transmitting the Radio Data System (RDS) data subcarrier including PI code, PS information and RadioText and RadioText+ including song title and artist (or program name or host).

There’s another class of radio receiver, called hybrid radio, that requires additional broadcaster support. Audi and BMW are now selling cars in the U.S. with hybrid radio (see this PILOT Blog for more information). The 2020 Corvette radio is not yet hybrid but will likely be so in a future model year, so this is a good time to start supporting hybrid technology.

Hybrid radios will require URLs for a radio station’s audio stream, along with station logos for populating station lists displayed on a “now playing” screen (if no album or show-related images are available). This information can be provided using RadioDNS technology. A broadcaster creates a Service Information (SI) file containing station information, and then registers an entry in the RadioDNS server for each station supported.

NAB and PILOT have developed some resources to help broadcasters get set up with RadioDNS.

The NRSC PI code database is managed and hosted by NAB on the NRSC website. This is a comprehensive database of all PI codes for both full-service FM and FM translator stations, and is the only recommended resource for obtaining FM translator PI codes.

In addition to giving broadcasters the ability to do their own coding and setup for their RadioDNS SI files and registration as demonstrated in the tutorial webinar, at present there are also two service providers, Aiir and Pluxbox, offering a free SI file setup and RadioDNS registration service. Broadcasters should send an email to nab@aiir.com or visit metadata.radio to take advantage of these free services.

Now is the time for radio broadcasters to support these modern radio receiver technologies — the automakers are watching. Broadcasters’ level of support now will no doubt be a factor in the future development of car radios by automakers.

By David Layer|November 6, 2020|Blog|Comments Off on Automakers are Watching What Radio Broadcasters Do