Xperi’s DTS AutoStage is a hybrid (over-the-air plus internet connectivity) radio platform that brings tremendous value to both broadcasters and listeners. The first automaker to sell vehicles with a DTS AutoStage-based infotainment system was Mercedes, introducing this technology with their S-class vehicles in late 2020.

Last month, Xperi announced that DTS AutoStage has come to Hyundai, Kia and Genesis vehicles as well as a “leading EV manufacturer” which is widely known to be Tesla. The most interesting thing about this new announcement, however, is that this technology is not only available in new vehicles but as a software update for vehicles already sold and in the marketplace.

One of the vehicles eligible for the DTS AutoStage update is the 2022 Hyundai Ioniq 5 EV, the first vehicle built on Hyundai’s new Electric-Global Modular Platform (E-GMP). The Ioniq 5’s infotainment system has been the subject of two prior PILOT blogs, one focusing on the availability of AM radio in this new electric vehicle and the other on how Hyundai has nicely integrated Apple CarPlay and Android Auto to work seamlessly with the radio. This blog highlights changes in the infotainment system as a result of the DTS AutoStage update, and they are significant. 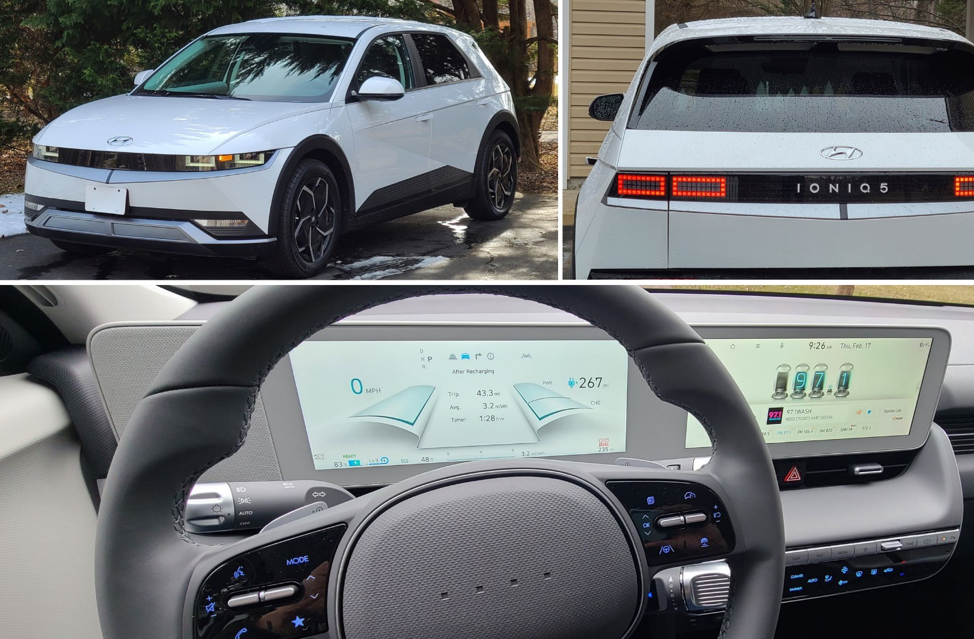 Below are four pairs of Ioniq 5 infotainment system screenshots which highlight the changes resulting from the DTS AutoStage implementation. The new implementation gets rid of the retro nixie tube frequency display and enlarges the station ID metadata and images (station logos and artist images). The way that preset stations are displayed is changed as well, with the new interface on the left-hand side of screen sporting station logos for stations on the list. Notice, too, how the preset buttons now have station information delivered to the receiver over the internet instead of just frequency and HD Radio identifiers. 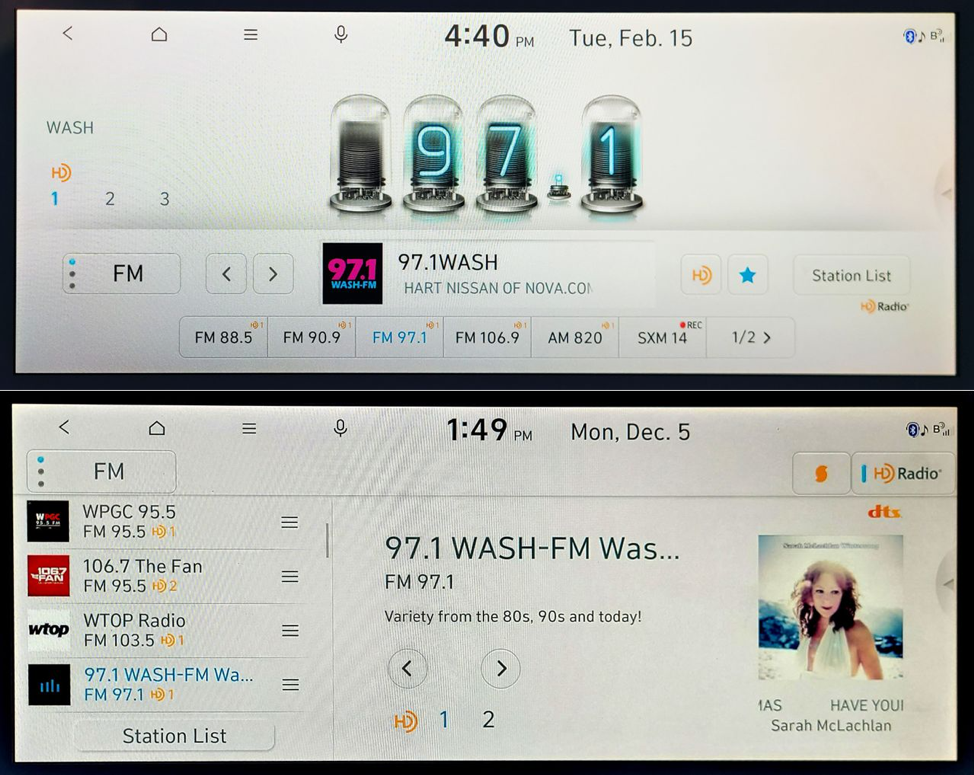 The second pair of screen shots highlight the changes in how AM radio is displayed, with changes similar to those just noted for the FM radio. The new AM screen is revolutionary in that the AM stations both analog and digital have logos and station ID information associated with them, again delivered to the receiver over the internet. Using DTS AutoStage, analog AM stations can now provide rich metadata to listeners for the first time. 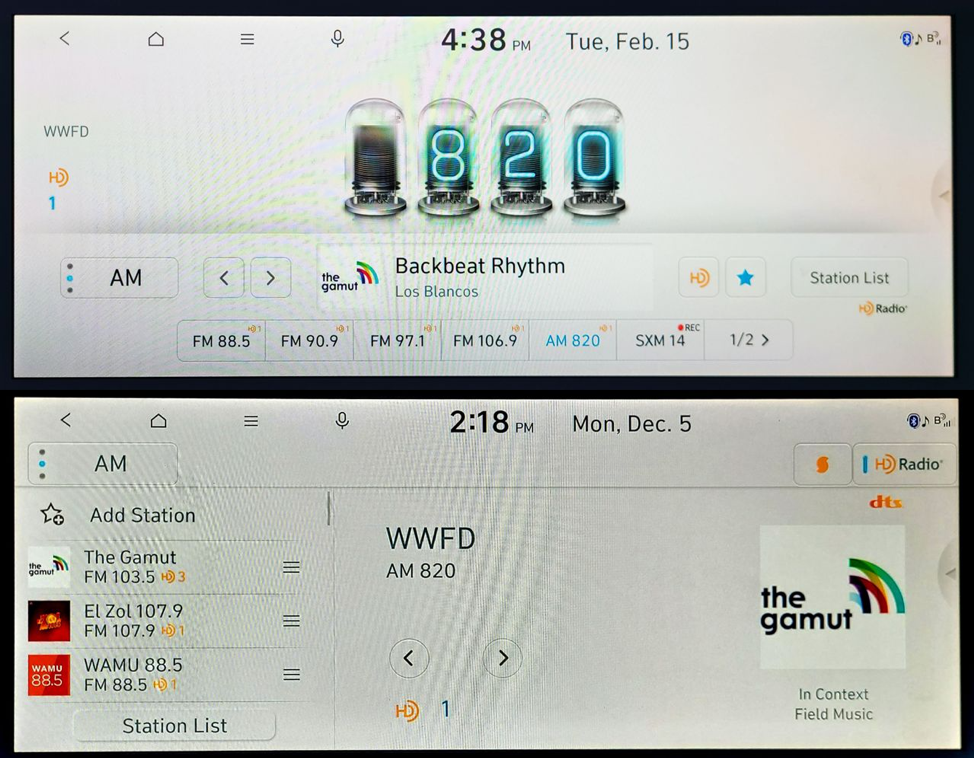 This next pair of screenshots show the FM and AM station lists and serve to further highlight the rich metadata being delivered to the receiver over the internet for both FM (top image) and AM (bottom image) stations. These station lists are delivered to the receiver over the internet and are based on the location of the receiver, which is sent to the DTS AutoStage servers. Notice in the FM station list how HD Radio multicast channels are integrated into the list. Look for the HD 2 and HD 3 indications just to the left of the “favorite stars.” Also notice for both lists that a “now playing” screen is on the right and includes logos and metadata for the station being listened to. 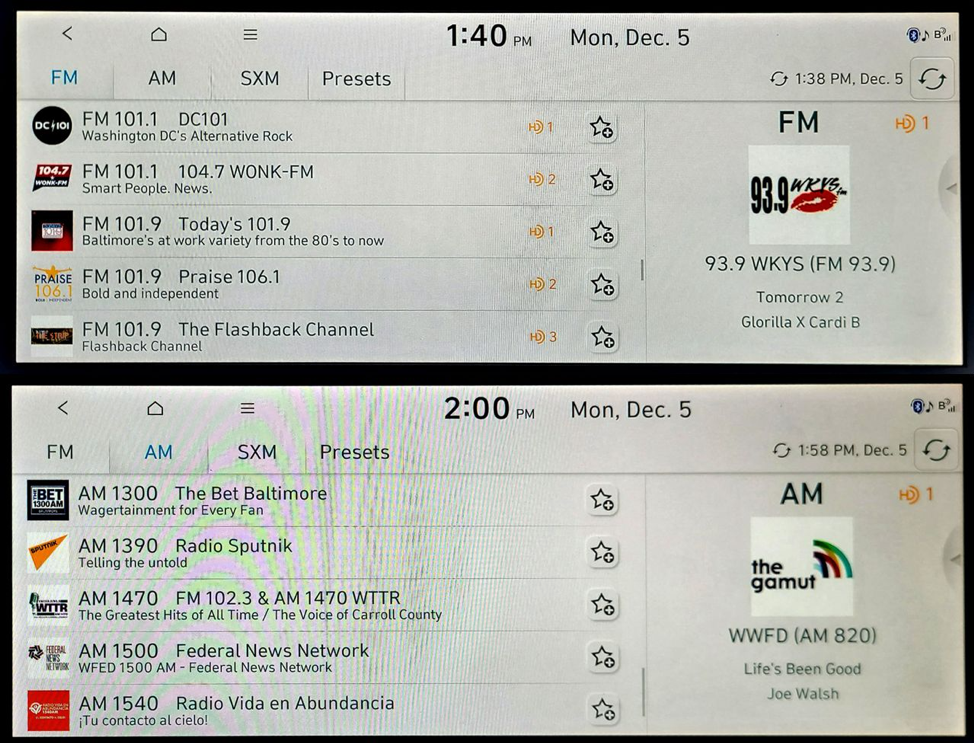 FM (top) and AM (bottom) station lists with the DTS AutoStage interface.

This last pair of screenshots compares the radio display when Android Auto is running. Early Android Auto implementations were hampered by non-intuitive and sometimes challenging switching between the Android Auto and radio displays, but in the Ioniq 5 these technologies co-exist nicely. Note how DTS AutoStage has updated the radio “now playing” screen at right, including the rich metadata for the listened-to station as well as information about the adjacent preset stations in the buttons at bottom right. 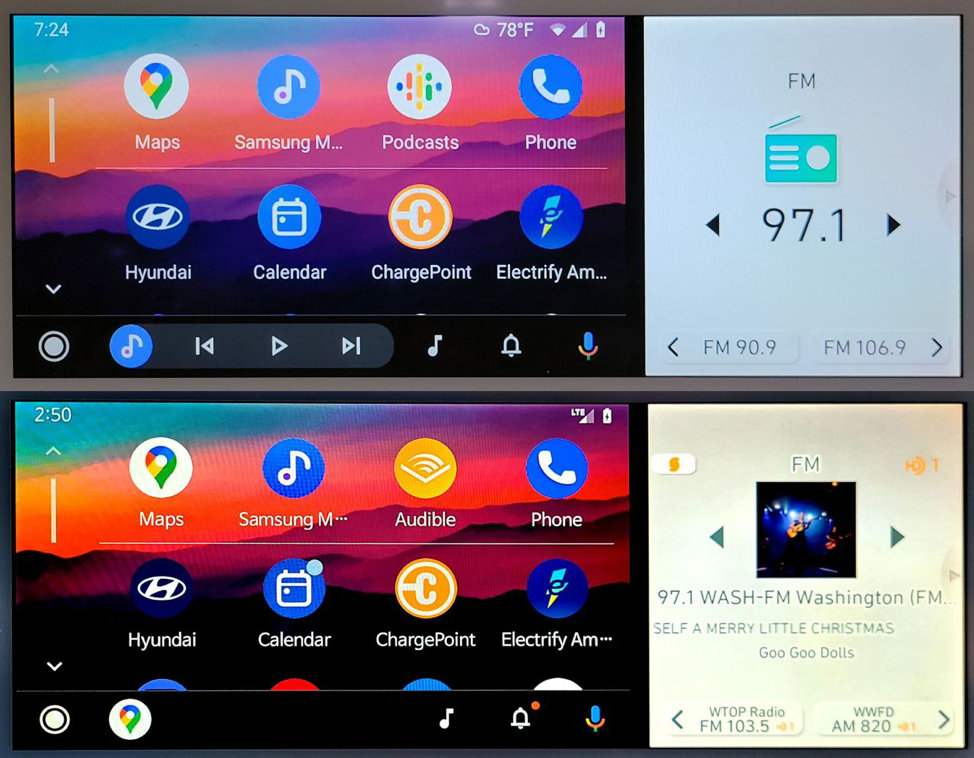 By David Layer|December 6, 2022|Blog|Comments Off on DTS AutoStage Comes to Hyundai