Behind the Scenes at the First UHD Super Bowl

On March 5, 2020, NAB presented a technology webcast that provided an inside look at the broadcast of Super Bowl LIV by FOX Sports—the first to be presented in Ultra High Definition (UHD). The webcast featured Michael Davies, Senior Vice President of Field and Technical Operations at FOX Sports in NAB’s Washington, DC studio. Joining the webcast via Skype from Los Angeles was Kevin Callahan, Vice President of  Engineering and Operations at FOX Sports, who served as lead engineer for the Super Bowl broadcast, along with Michael Drazin, who was an HDR consultant for FOX Sports at the Super Bowl, but had started a new job on the day of this webcast at NBC, as Director of Production Engineering and Technology for NBC Olympics. He joined the program from his new office in Stamford, Conn.

The three guests provided a thorough overview of the Super Bowl LIV broadcast, from its large physical scale—being spread over multiple venues 18 miles apart in Miami—to its massive technical challenges in providing an optimum live presentation of the game to both HD and UHD viewers, not to mention the high stakes of any Super Bowl broadcast, where failure is simply not an option. 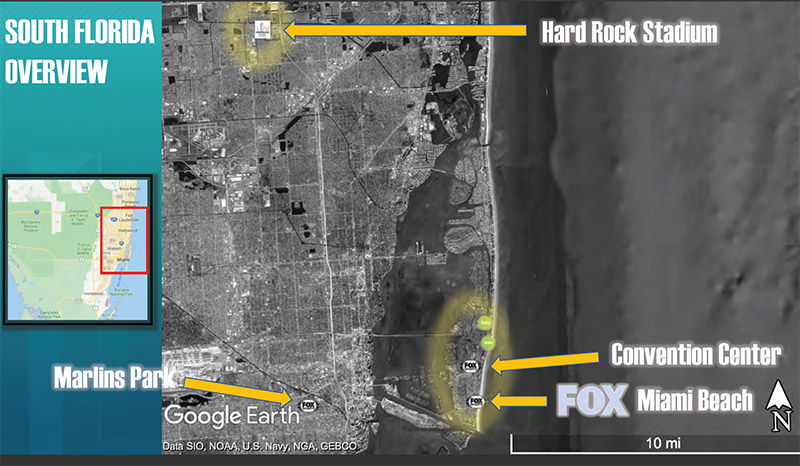 Technical facilities for Super Bowl LIV were spread over 18 miles from the site of the game in Hard Rock Stadium (top) in Miami Gardens, Fla. to the FOX pre-game set on South Beach in Miami Beach

The South Beach site included three separate sets, a ferris wheel and a large technical compound, and served as an origination site for the week leading up to the game, as well as an opening venue for the Super Bowl broadcast itself. 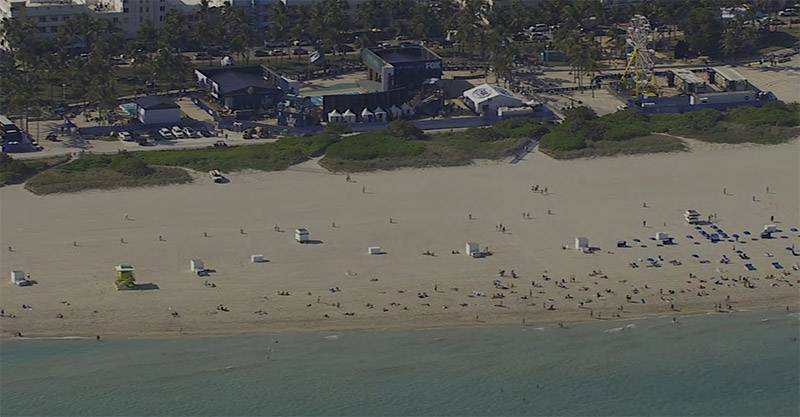 The FOX Sports tech team described the hybrid IP/baseband infrastructure that they spent about a month setting up in Miami, as well as the reasoning behind the production scheme that captured the action in 1080p HDR—using the HLG transfer function—and upconverted it to 4K after ad insertion at FOX Sports HQ in Los Angeles. They also discussed how the single feed of the program was converted to other formats for different distribution platforms, ranging from 720p60 HD to 4K SDR to 4K HDR, across a variety of broadcast, cable, satellite and OTT delivery systems. Of particular concern was the accurate depiction of colors (e.g., team jerseys) in both the standard HDTV color space and the wider color gamut used in HDR. 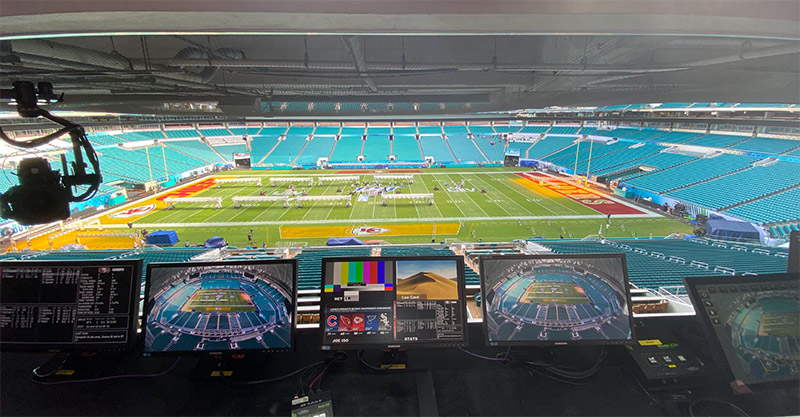 The view from the broadcast booth at Hard Rock Stadium

The use of high frame-rate cameras for slow motion and other experimental purposes, the applications of multiple flying cameras and the heavy dose of augmented reality (AR) in this year’s Super Bowl were also discussed. Michael Davies observed that while video games used to try to emulate the broadcast TV presentation of a sport, it’s fast becoming the other way around, with the broadcast becoming increasingly informed by the gaming aesthetic. 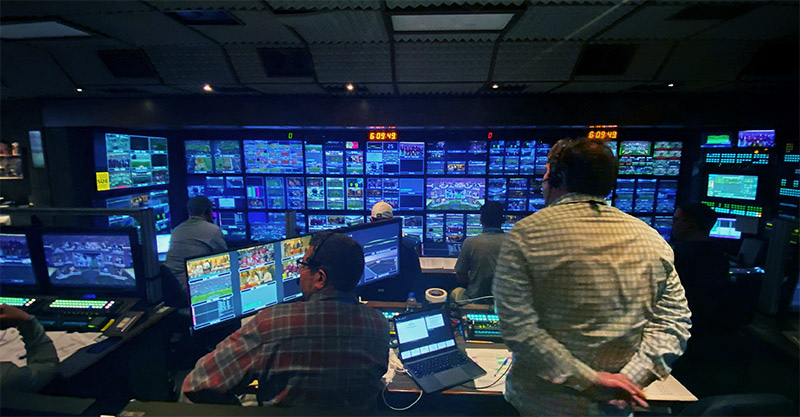 Watch the full 60-minute webcast on the NAB Education website.

By Skip Pizzi|March 10, 2020|Blog|Comments Off on Behind the Scenes at the First UHD Super Bowl