Brazil Seeks Proposals for its Next Generation Digital TV System 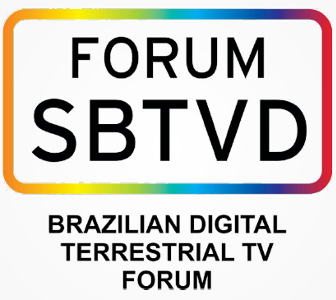 Brazil’s original analog TV system, which started in the 1950s using the PAL-M format, is considered by the SBTVD as “TV 1.0.” Through the years, various backward compatible improvements, such as color, stereo audio and closed captions were added, creating what the group refers to as “TV 1.5.” Beginning in 2007, the first generation Digital Terrestrial Television, “TV 2.0,” was introduced in Brazil, bringing HD video, surround sound, mobile reception and some interactivity. It is based on the Japanese DTV standard ISDB-T but adds MPEG-4 AVC (H.264) video coding, MPEG-4 AAC audio coding, an appropriate closed caption character set for Brazilian Portuguese and a new middleware for interactive applications called Ginga. The resulting variant is referred to as “ISDB-Tb.”

For the Forum’s “TV 3.0” project, the requirement for backward compatibility has been removed, opening the way for a truly next-generation television system in Brazil. The Forum has established a set of TV 3.0 requirements (including use cases and referencing various technical specifications), which are detailed in the CfP. Interested organizations are invited to submit proposed candidate technologies for any of the TV 3.0 system components or sub-components.

Below are some of the key system requirements for TV 3.0.

The TV 3.0 system requires that the over-the-air physical layer should, in principle, be deployed in the bands currently allocated for DTT in Brazil (i.e., high-band VHF and UHF), using the existing 6 MHz channel map, while co-existing with adjacent ISDB-Tb channels for a period of years without mutual interference. 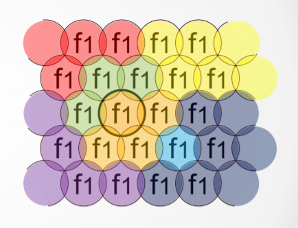 The physical layer specifications outlined in the CfP is based on the concept of “frequency reuse-1,” i.e., the use of the same RF channel by independent stations covering adjacent service areas through the use of highly robust single-frequency networks (SFNs).

Reuse-1 broadcasts require the signal to operate with a C/N ≤ 0 dB in a Rayleigh channel, in order to target mobile outdoor and fixed indoor reception with the same signal, with a single modulation, encoding and quality, while maintaining the current network topology (high-power, high-tower), so as not to greatly increase the cost of distributing the signal, but to allow extension via SFNs over time. In addition, the CfP indicates that the traditional fixed outdoor reception model (the outdoor antenna at 10 meters high with 10 dBd gain) should be changed to one targeting indoor reception, suggesting that in the future antennas could be built into the TV sets for a “plug and play” user experience. The system also envisions the possibility of varying the content across a given SFN network to provide sub-localized programming.

The Forum is aware that a C/N ≤ 0 dB in a Rayleigh channel implies a very limited channel capacity (payload bit rate), but to compensate, the TV 3.0 system could incorporate technologies such as MIMO and channel bonding used in conjunction with scalable video coding (one channel with the base layer and the other with the enhancement layer), allowing simpler receivers (e.g., HDTVs and mobile receivers) to receive only one channel while more sophisticated receivers (UHD TVs) could receive the two bonded channels for improved video resolution.

The CfP states that the TV 3.0 transport layer should be IP-based, and it is expected that each receiver will have a broadband interface connection available. The TV 3.0 transport layer requires the capability of frame-accurate synchronization for audio, video and data across multiple distribution platforms (OTA and OTT), for seamless dynamic content replacement or for using audio/video/data enhancements. 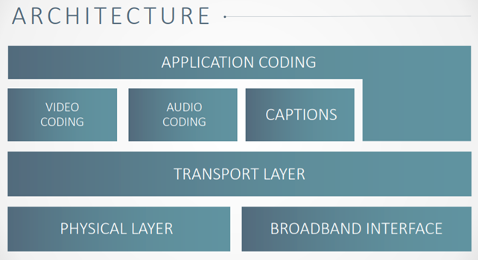 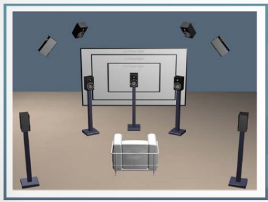 TV 3.0 video coding must support HDR/UHDTV. It should provide state-of-the-art coding efficiency (more efficient than HEVC) and support real-time encoding with minimum end-to-end latency. It should support closed captions and also the use of a second video stream for a sign language interpreter and seamless, frame-accurate stream splicing or ad-insertion, even if some of the streams come from different distribution platforms (e.g., switch between over-the-air and internet delivery). Finally, the video coding shall be interoperable with different distribution platforms and shall be scalable and extensible. The system envisions 8K video capability, although not necessarily via OTA-only delivery.

The CfP requires the TV 3.0 audio coding system to support immersive and interactive audio and, as with video, support real-time encoding with minimum end-to-end latency. It must also support audio description delivery in the same stream as the main audio, as an alternative full mix or as an additional audio object with associated metadata. In addition, it must enable consistent loudness across programs and within the same program, provide frame-accurate audio/video synchronization, be interoperable with different distribution platforms and support scalability and extensibility as specified.

The application coding in the TV 3.0 system should manage the presentation of all audio and video content, in addition to providing interactivity functions and broadcast-broadband integration. The CfP states that the user experience with TV will now be “application-oriented.” It must also enable the reuse of DTVPlay implementations and applications, to the extent possible. This is the sole area where any backward compatibility to TV 2.0 is implied.

Initial Phase 1 responses to the CfP identifying each proposed candidate technology and appropriate contact are due by November 30, 2020. Phase 2 responses, consisting of detailed information on the of the proposed candidate technology, are due by 29 January 2021. Lab tests will be conducted in February/March 2021, with field testing planned for April/May 2021. Proponents will be required to provide the Forum with necessary hardware and software for such tests. The SBTVD Forum will then consider the results with an eye toward publishing their technical standard in early 2022. They are planning a transition schedule that includes launch of TV 3.0 broadcasting in 2023, requiring all TV sets manufactured in Brazil to include TV 3.0 receivers by 2027 and ending with the shutoff of TV 2.0 in 2029.

For more information, see the SBTVD Forum’s website at forumsbtvd.org.br.

By Kelly T. Williams|September 9, 2020|Blog|Comments Off on Brazil Seeks Proposals for its Next Generation Digital TV System