Recently, the Federal Communications Commission (FCC) cited a station for broadcasting a skit that contained the Emergency Alert System (EAS) codes (the data burst sometime referred to as the “duck squawk”) and the two-tone attention signal. That mishap resulted in the FCC issuing a $20,000 violation against the licensee of that radio station. In fact, over the last year and a half, the FCC has levied over $900,000 in fines against broadcast licensees and cable networks for airing false EAS codes as well as false Wireless Emergency Alert tones, known as the WEA common audio attention signal. 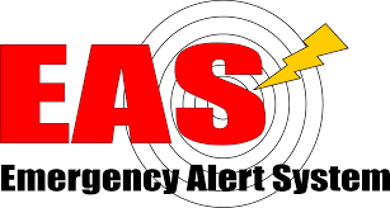 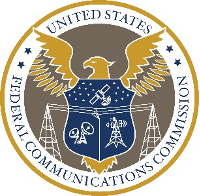 Section 11.45(a) of the Commission’s rules prohibit transmitting or causing the transmission of Emergency Alert System (EAS) codes or Attention Signals or simulations thereof except in an actual national, state or local area emergency, authorized EAS test, or a qualified public service announcement (PSA). The FCC believes the unauthorized use of the EAS tones undermines the EAS and presents a substantial threat to public safety. In order to preserve the unique alerting function of the EAS tones, the Commission is committed to enforcing the regulations that prohibit the use of the tones, or simulations of them.

The FCC has repeatedly warned that the use of simulated or actual EAS tones for non-authorized purposes—such as commercial or entertainment purposes—can lead to dangerous “alert fatigue” whereby the public becomes desensitized to the alerts, questioning whether the alerts are for a real, imminent threat or some other cause. Moreover, because the EAS tones can include operative data – that is, they can trigger or wake up a downstream EAS device – the misuse of simulated or actual EAS tones may result in false activations of the EAS that can spread false information or lock out legitimate activations of the EAS. In addition, section 10.520(d) of the Commission’s rules contains a similar prohibition on transmission of a false WEA Common Audio Attention Signal, the unique notification sound and vibration used when a wireless phone receives an emergency alert message.

In August 2019, after issuing a number of violations, the FCC issued an Enforcement Advisory reminding EAS participants of the prohibition against transmitting false alert tones and outlining the Commission’s interpretation of the rules. 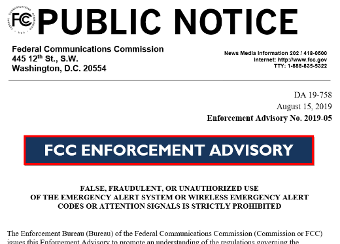 It further states that EAS participants may use the EAS Attention Signal and a simulation of the EAS codes in PSAs provided by the Federal Emergency Management Administration (FEMA) or by other federal, state and local government entities or non-governmental organizations to raise public awareness about emergency alerting.

The Advisory also clarifies that the Rules governing the EAS and WEA apply to any “person” who “transmit[s]” or “cause[s] to transmit” a prohibited signal. The prohibition thus applies to entities that distribute programming containing a prohibited signal intended for subsequent or simultaneous transmission to the public, regardless of whether or not they deliver the unlawful signal directly to consumers; it also applies to a person who transmits an unlawful signal, even if that person did not create or produce the prohibited signal in the first instance. Therefore, the prohibition can apply to a broadcaster, cable operator or satellite carrier that transmits programming containing a prohibited signal, even if the programmer that embedded the sound is not under common ownership or control with the respective broadcaster, operator or carrier.

Additionally, the advisory points out that there are other rules and regulations that could come in to play as a result of transmitting false or fraudulent EAS tones and WEA Attention Signals. It may also violate section 325(a) of the Communications Act of 1934, as amended, which prohibits transmission of false distress signals and, for broadcast licensees, false or fraudulent EAS signals also may violate the Commission’s prohibition against broadcast hoaxes. (Section 73.1217)

The Advisory points out that failure to comply with the Act or Rules may subject a violator to sanctions including, but not limited to, substantial monetary forfeitures. The FCC’s Enforcement Bureau may, at its discretion, treat each unauthorized transmission as a separate apparent violation for purposes of calculating the proposed forfeiture amount. For example, if the same ad or program is broadcast by multiple different stations, each would be considered its own violation. In addition, because Attention Signals for EAS and WEA are considered the same, the unlawful transmission of an EAS or WEA attention signal could be considered a violation of both the EAS and WEA Rules.

The Advisory states that the FCC and specifically the Enforcement Bureau will continue to monitor and enforce compliance with these Rules due to their importance in promoting and protecting public safety.

You can find more information on the FCC’s EAS website.

By Kelly T. Williams|November 4, 2020|Blog|Comments Off on Broadcasting False or Simulated EAS Tones Can Cost Your Station Big