Broadcasting is back in lower Manhattan! At a ribbon-cutting ceremony held on Friday,  June 23, 2017, Telemundo 47 / WNJU turned on its state-of-the-art, solid-state 100 kilowatt transmitter situated on the 90th floor of New York’s One World Trade Center, and began broadcasting on (RF) channel 36 from an antenna on the roof of the building. 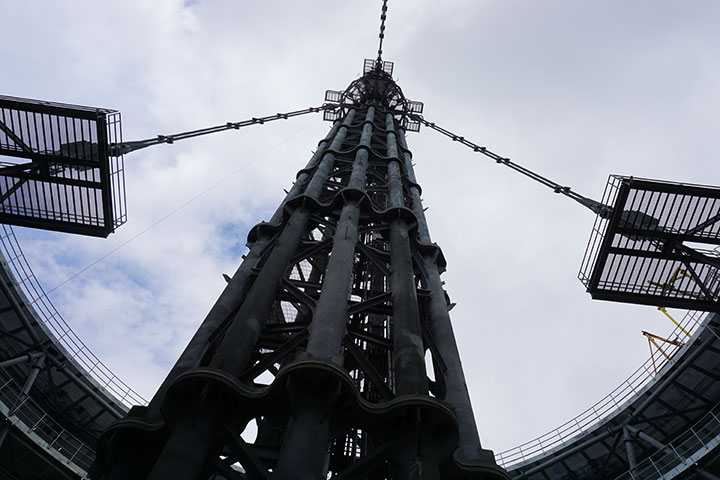 The antenna tower atop One WTC in New York

Witnesses to this historic event included attendees of the annual meeting of the Association of Federal Communications Consulting Engineers (AFCCE), which was taking place on the 76th floor of One WTC that same day, chaired by AFCCE President (and NAB VP of Spectrum Planning) Bob Weller. NAB technology department Senior VP Lynn Claudy and Senior Director, Advanced Engineering David Layer were part of this group, and were able to provide some photos from the ceremony. 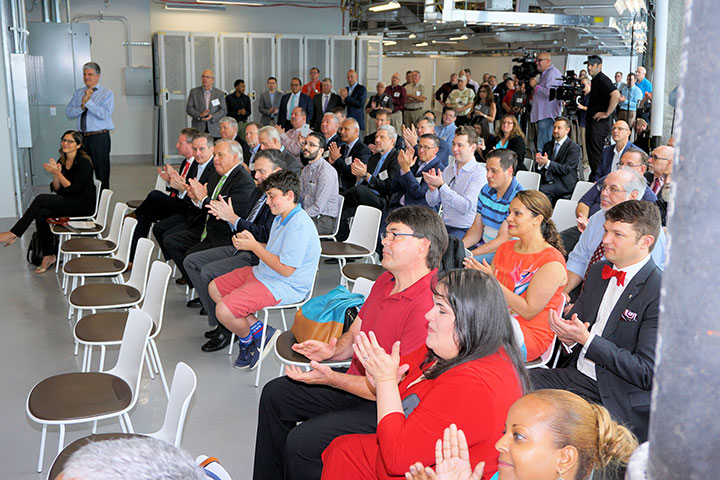 Shown above is the group assembled for the ribbon cutting, which took place in the transmitter room on the 90th floor of One WTC. Included in this group are representatives from Telemundo, The Durst Organization (operator of the broadcast facility), NBC, and the Association of Federal Communications Consulting Engineers. 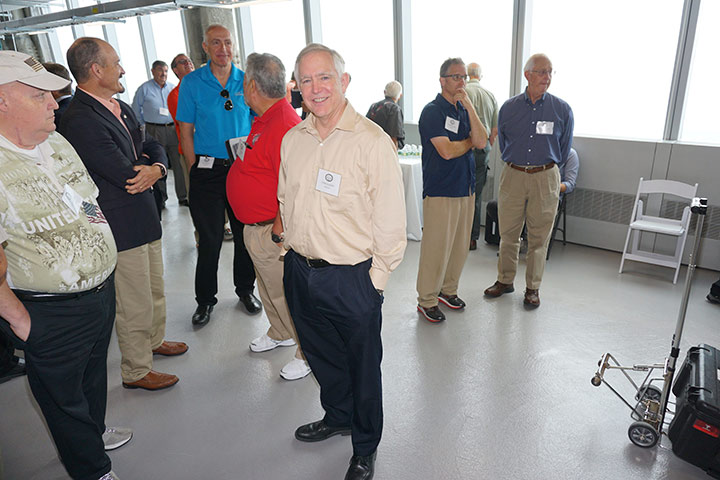 Lynn Claudy (center), NAB’s SVP Technology and other AFCCE members at the group’s meeting on the 76th floor of One WTC 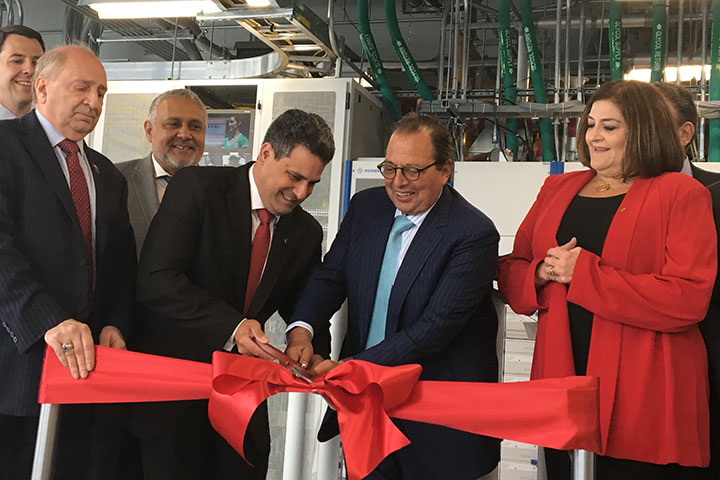 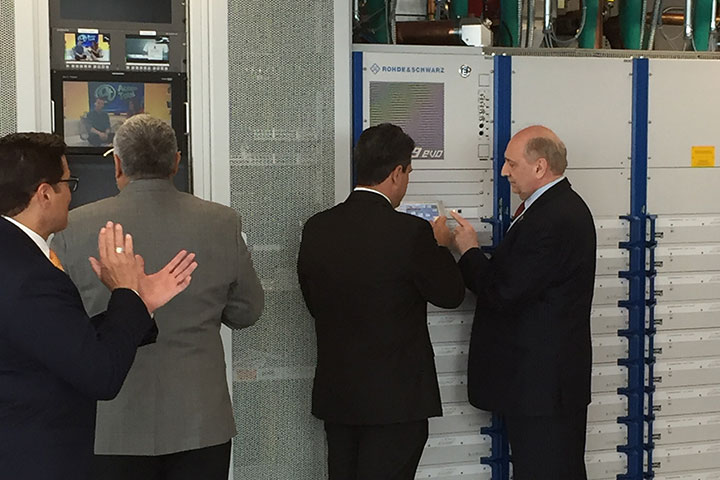 John Lyons, pictured above and below, was the recipient of the 2017 NAB TV Engineering Achievement Award, which was presented at the Technology luncheon at this year’s NAB Show. John also co-wrote a paper on the construction of the One WTC facility for this year’s Proceedings of the Broadcast Engineering and IT Conference. 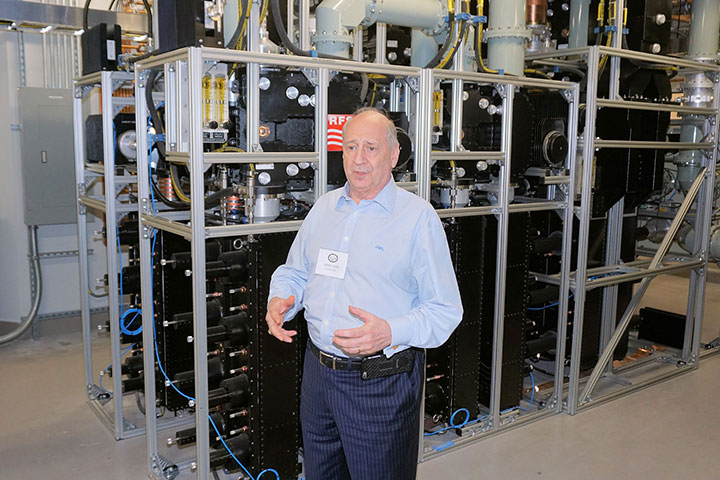 John Lyons in the One WTC broadcast center

Following the ribbon cutting, John Lyons gave the AFCCE members a tour of the broadcast center on the 90th floor. Above, John is standing in front of one of two large UHF combiner devices, used to combine signals from various UHF transmitters. The combined signals are then sent up to the panel antenna array on the roof. At present the only signal being sent to this combiner is the Telemundo 47 signal, but additional signals are expected to be on the air before the end of the year. 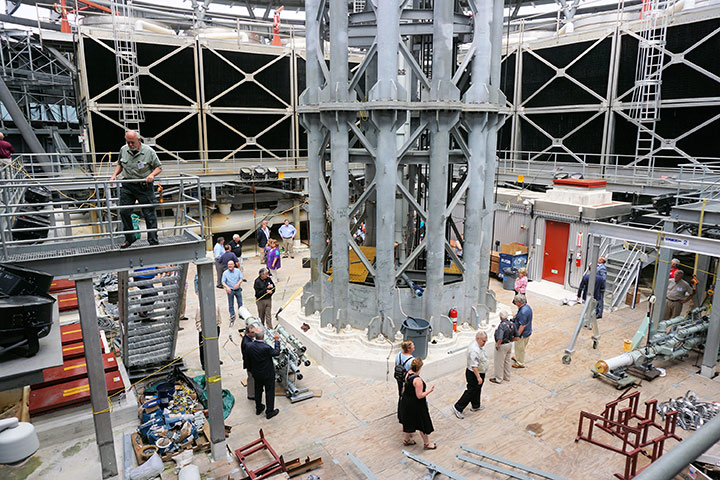 The final stop on the AFCCE tour was the 105th floor, which is the rooftop.  This is where the base of the 408-foot transmission tower is located; the broadband VHF and UHF TV antennas are mounted near the top of the tower. 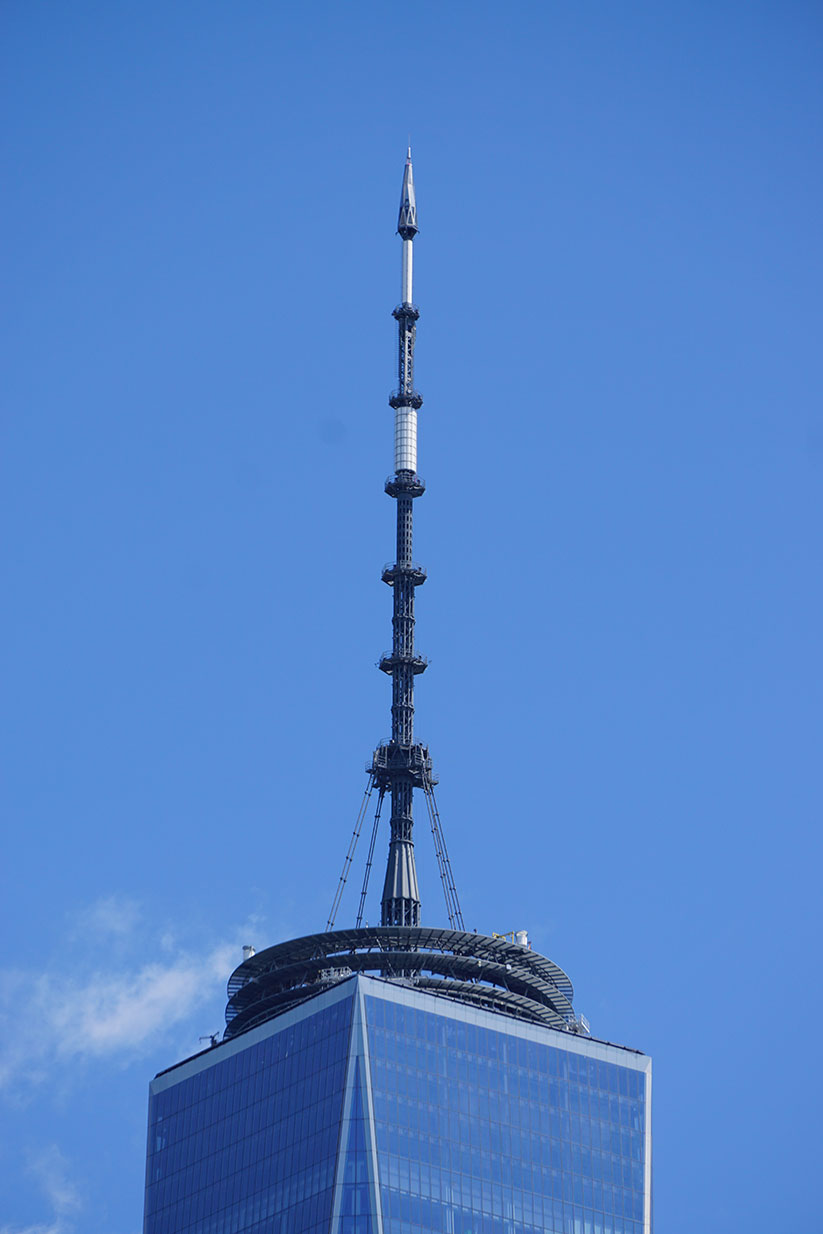 Exterior view of the One WTC antenna tower. The two white radome sections enclose UHF TV panel antennas, with a VHF panel antenna in the section between them.

By David Layer|June 28, 2017|Blog, Radio, Television|Comments Off on Broadcasting Returns to Lower Manhattan