Some of the best advances in telecommunications have been born as a side effect of networks built for other purposes. Perhaps the most brilliant example from the past is text messaging. In 1984, engineers developed a way to use existing telephone signaling paths to transmit short text messages, which would evolve into the Short Messaging Service (SMS), initially deployed commercially in 1993. Over time, this would grow increasingly popular and bring with it an explosion of new devices that had QWERTY keyboards (real or virtual) rather than number pads. Twitter, one of the most popular social media websites, began as a way to repeat SMS messages to a larger audience. While the engineers working on SMS in 1984 may have been able to envision some of the future uses of the technology, it’s highly unlikely they could have foreseen anything like Twitter. SMS remains a small part of the traffic on mobile networks, but it has a big impact. 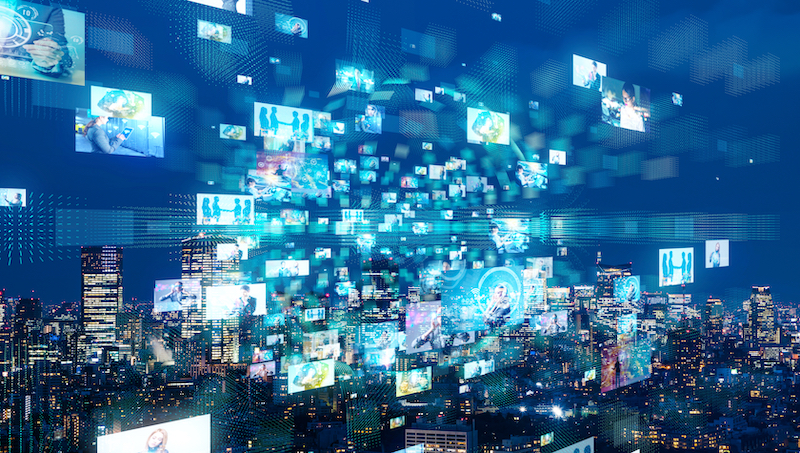 Broadcast engineers today – both in radio and television – are looking for ways to spark similar magic from some of the spare capacity they have in their far-reaching transmissions. They hope that this capacity can enable many applications – some of which we can imagine today, and some of which have yet to be dreamed up. When broadcasters build a transmission facility, they are looking to have excellent reliability and reach to deliver high-quality, relevant, local content, like news, sports, and entertainment programming to their viewers and listeners. Broadcasters are deploying the new ATSC 3.0, or Next Generation TV, standard  first and foremost to bring its myriad benefits to consumers. But the new standard has quite a few datacasting-friendly tricks up its sleeve as well. Similarly, data capabilities built into radio transmission standards to enable things like song information and album art can be leveraged to provide other information quickly to a wide area.

Schools like Michigan State University are exploring the potential of the Next Gen TV standard to enable innovations across applications like telemedicine and automotive applications. Humber College in Toronto hopes to launch a “Living Lab” for the Next Gen TV standard to explore applications such as tools for first responders and updating road signage. Meanwhile, commercial efforts are springing up to help match potential users of this spectrum with the broadcasters having capacity to offer it. For example, companies like e-Radio are leveraging the data capacity in the analog FM stream to encourage smarter energy usage by broadcasting information on the state of the power grid and utility pricing information.

These ideas merely scratch the surface of what is possible when you have a network that is always on, broadcasting throughout nearly every city in the United States. Whether it’s applications that require a steady trickle of data (like utility status), or applications that involve getting large amounts of data to many different devices at once (like automotive software updates), the possibilities are plentiful. Because these uses piggy-back on an already existing signal, datacasting over broadcast can be offered at relatively lower cost than a purpose-built network. The low-cost receivers can enjoy great economies of scale thanks to the enormous market for televisions and radios. It’s hard to imagine all the exciting new applications that can be enabled over broadcast networks, once the creative juices get flowing.

By Alison Neplokh|July 23, 2020|Blog|Comments Off on Datacasting: Unlocking the Full Potential of Broadcast