The National Academy of Television Arts and Sciences (NATAS) Technology and Engineering Emmy® Awards—commonly known as the “Tech Emmys”—are usually awarded in a Las Vegas ceremony during the annual NAB Show in April of each year. This year’s shift of the NAB Show to the virtual NAB Show Express due to the COVID-19 pandemic caused NATAS to move its Tech Emmys ceremony to the NAB Show NY in October. Given that the New York show will now also be virtual, the NATAS Tech Emmys ceremony will be held for the first time as an online event, on October 21, 2020, 4 – 6 p.m. EDT. It is included in the NAB Show NY’s Marketplace Pass, and will also be streamed by NATAS at https://watch.theemmys.tv. 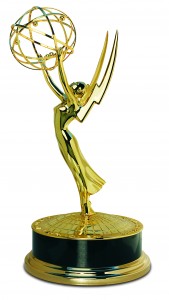 The New York-based NATAS is not the sole “academy” that presents awards to the television industry, however. The Los Angeles-based Academy of Television Arts and Sciences (ATAS), also known simply as the “Television Academy,” has its own awards for TV engineering, usually presented at a standalone Los Angeles event in the Fall of each year. But due to the pandemic, the ATAS Engineering Emmy awards event will also be held online for the first time this year, and it will take place eight days after the NATAS program, on October 29, 2020, at 8 p.m. EDT.

Normally these events are held about six months apart in different locations, so there is minimal confusion between them. But this year’s unique circumstances cause the two events to converge in cyberspace little more than a week apart. This coincidence emphasizes the mystery surrounding the two separate organizations and processes, so some background may be helpful.

A Tale of Two Academies

The first television technology awards were presented in 1949 by ATAS at a Hollywood focused on local programs broadcast in the Los Angeles market. The initial concept of a National Television Academy can be traced to November 15, 1955, when the idea was first considered at a New York City luncheon convened by Ed Sullivan to discuss the future of television with industry leaders. Attendees included Walter Cronkite, Edward R. Murrow, Carl Reiner and Neil Simon. Soon the group grew to become “The Committee of 100,” and by June 1957 some 3,000 industry members in New York and Hollywood combined to form The National Academy of Television Arts and Sciences (NATAS), with Ed Sullivan elected as its first President.

Technical Awards were among the many presented jointly by the two organizations each year as “Emmys,” alongside those for television programs, actors, production professionals and other individuals. (Interestingly, the award’s name itself has a technical origin, as a variant on “immy,” short for the image orthicon tube at the heart of early television cameras. The statuette representing the award, created in 1948, also includes a technical component, with a winged muse of the arts holding an atom symbolic of science.)

Originally a single, national awards ceremony was held annually (along with regional awards managed by local chapters of the Academies), but over time area-specific national awards came about, starting with a separate Daytime Emmys ceremony in 1974. In 1977 it was decided that ATAS would handle the Primetime Emmys (since most of primetime TV was produced in Hollywood), and NATAS took the Daytime Emmys (given that most of this genre’s content originated in New York). NATAS later added Emmys for Sports and News & Documentary categories. This kept the two organizations in well defined, separate domains—except for technical awards, which both organizations continued to select and present independently.

By Skip Pizzi|October 19, 2020|Blog|Comments Off on Dueling Technical Emmys This Year