Hans won an Innovator Award in the 2017 Innovation Challenge. Read about his recent progress in this guest blog post, then submit your idea for this year’s Challenge.

Almost a year after being named a PILOT Innovation Challenge finalist, I’m still working on my project. It’s not because I’ve been lazy or run into roadblocks or tried to make it last as long as possible. It’s because my first project that the Challenge funded opened so many new opportunities for me that I could probably work on this same idea for many, many years. I think that’s what’s so great about the Innovation Challenge. Not only does it provide funding and advice for your first project, but it helps you build confidence, competency and contacts to ensure your ideas grow and flourish beyond what you originally expected. 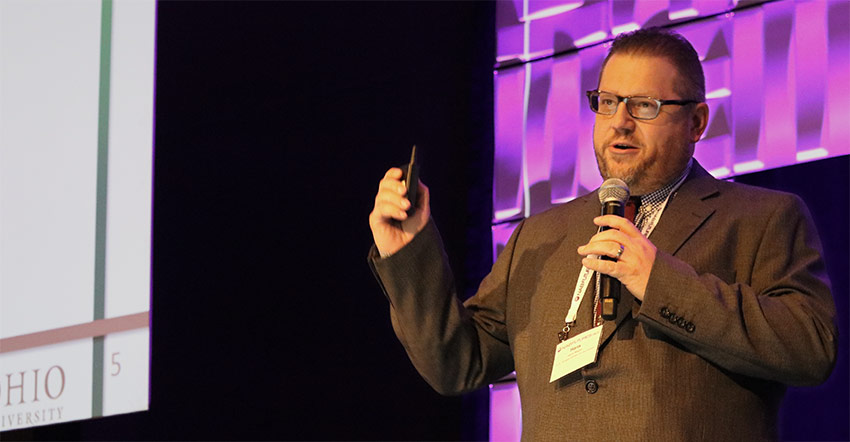 My project, Engagement VR, was designed to teach local TV newsrooms to use simple, web-based virtual reality to help audiences feel immersed in a local community and better connected with journalists. My students helped build a prototype website, ValleyReality.org, and demonstrations of VR’s capabilities. They developed four community profiles of areas near our campus that I was able to demonstrate at NAB Show in Las Vegas.

More importantly, these projects and the backing of the NAB gave me the credibility and confidence to reach out to local media organizations in Ohio and West Virginia. We landed a dream collaboration with the Charleston Gazette-Mail, winner of the Pulitzer Prize for Public Service in 2017. We followed reporter Kate Mishkin to Minden, W. Va., a town beset by cancer diagnoses that residents claim are caused by PCBs illegally dumped into the area’s mines and ground water. We attended a listening session with the EPA to hear residents’ complaints and how the EPA planned to resolve them. We accompanied EPA technicians as they tested groundwater and probed abandoned mines to determine the extent of contamination, and we filmed it all in 360-degrees.

Our interactive virtual reality tour of Minden, W. Va. showcasing its history and efforts to be recognized for the contamination is nearly complete. We are just waiting on Kate to record some narration for us. We built it using an online app called VIAR360 and are eagerly awaiting the chance to debut it in Minden, Charleston, and surrounding communities.

The success of this project has spurred me to make community-based, VR storytelling the focus of my spring capstone class each year. We also hope our partnership with the Gazette-Mail will lead to other local news collaborations with NAB members. Through this grant, we’ve reinforced the important role journalists play in community identity, and we want to help as many newsrooms try this technology as we can.

The NAB and the PILOT Innovation Challenge gave us that push to take a risk and try something new. It also encouraged academics like me to step out of the classroom and try to make a real-world impact. For that, I’ll be forever grateful.

By Hans Meyer|September 25, 2018|Blog, Innovation Challenge|Comments Off on Engagement VR: Bringing communities together through virtual reality