Washington, D.C. — Entercom Chief Digital Officer J.D. Crowley will receive the NAB Digital Leadership Award (DLA) at the 2020 NAB Show in Las Vegas. The award presentation will take place at the Achievement in Broadcasting Dinner on Monday, April 20 at the Encore in Las Vegas. 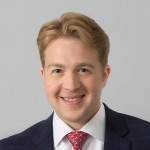 Established in 2015, the Digital Leadership Award honors an individual at a broadcast station, group or network who has had a significant role in transforming a traditional broadcast business to succeed on digital media platforms.

In his role, Crowley oversees the strategy and operations behind Entercom’s digital portfolio and guides the modernization of the company’s leading brands with a focus on premiere content, next-gen storytelling and digital distribution. Key initiatives include expanding Entercom’s podcast division through the acquisition of Cadence13 and Pineapple Street Studios, and providing content-driven listening through RADIO.COM, the company’s audio streaming service.

As previously announced, the Achievement in Broadcasting Dinner will also honor the inductees to the NAB Broadcasting Hall of Fame.

Register as press for NAB Show.

NAB Show, held April 18-22, 2020, in Las Vegas, NV, USA, is the world’s largest and most comprehensive convention encompassing the convergence of media, entertainment and technology. With more than 90,000 attendees from 160 countries and 1,600+ exhibitors, NAB Show is the ultimate marketplace for solutions that transcend traditional broadcasting and fuel the digital storytelling economy. From creation to consumption, across multiple platforms and countless nationalities, NAB Show is where global visionaries convene to bring content to life in new and exciting ways. For complete details, visit www.nabshow.com.

The National Association of Broadcasters is the premier advocacy association for America’s broadcasters. NAB advances radio and television interests in legislative, regulatory and public affairs. Through advocacy, education and innovation, NAB enables broadcasters to best serve their communities, strengthen their businesses and seize new opportunities in the digital age. Learn more at www.nab.org.