The digital feature allows users to opt in to receive updates on news events of particular interest. 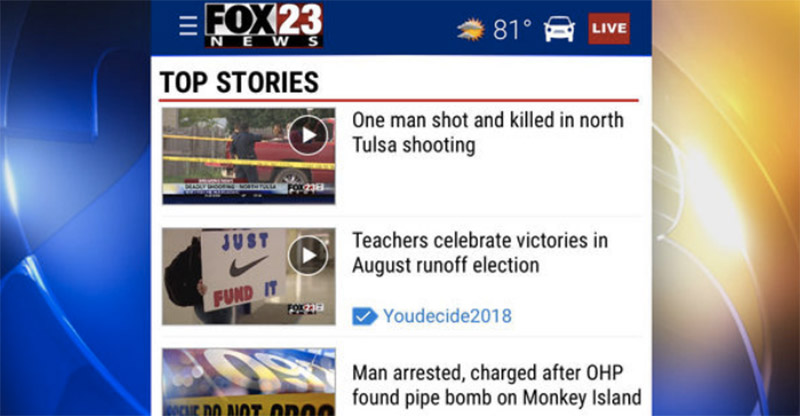 Triggered through CMG TV stations’ apps, “Follow the Lead” provides users notifications as the stories they are interested in unfold or as new information becomes available. All they have to do is follow a topic flagged in the mobile platform.

Those topics are typically narrow in focus, so “Follow the Lead” users get alerts only related to the topics they choose to follow rather than be barraged by notifications of little interest. So that means that during election season, for instance, “governor’s race” would be a likely topic but simple “elections” would be too broad.

Consumers can follow as many stories as they like. They can opt in or opt out at any time. The feature could expand to CMG platforms other than apps.

Cox Media launched “Follow the Lead” as part of its overarching effort to leverage digital platforms to attract millennial viewers, well known for wanting their news fast, on mobile and readily accessible.

Ian Stinson, CMG’s executive director of digital audience and product, said “Follow the Lead” resonated with consumers, who said they considered it a top source for in-depth details on stories in their communities. “The notion of following a story and its developments in an existing news app was very appealing to the audience,” he said.

The tool also can drive on-air viewership by directing users to expanded TV coverage of the stories they are following.