Next Generation Television is coming to a screen near you, but before it does, it will launch in South Korea. In actuality, it already has, and that fact was celebrated at the Global UHD Conference in Seoul, Korea on March 27-28. 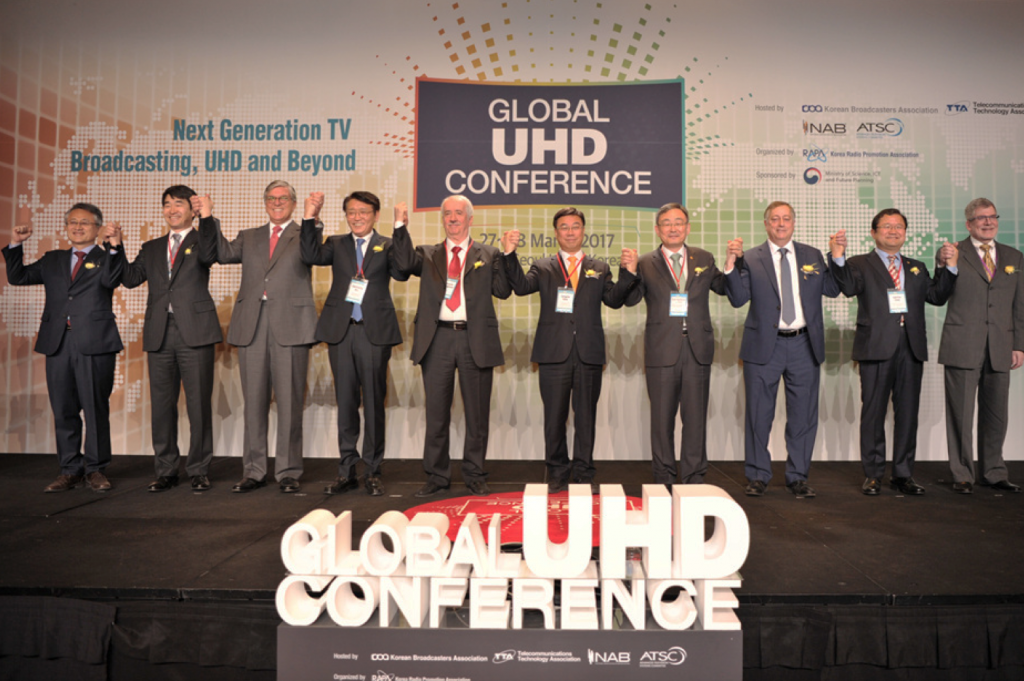 We at NAB were delighted to be there and to co-host the event along with the Korean Broadcasters Association (KBA), Telecommunications Technology Association (TTA), and the Advanced Television Systems Committee (ATSC). The two-day event drew over 400 attendees and highlighted the use of ATSC 3.0 as the next-gen television standard to broadcast 4K, ultra-high definition (UHD) content. The conference was organized by the Korea Radio Promotion Association (RAPA) and sponsored by the Ministry of Science, ICT and Future Planning.

It isn’t often in life that one gets to be there at the beginning of something so important, and that made this trip and conference really special. Korea has launched test broadcasts of five new channels of ATSC 3.0 already and will begin 24×7 operations on May 31, 2017. They are starting in Seoul and will be building out coverage for the rest of the country in the coming year. All of this is being done in preparation for the 2018 Winter Olympics that are being hosted in PyeongChang, Korea.

The day prior to the conference we were given tours of multiple next-gen Korean broadcast facilities. It was great to see these operations firsthand and to talk with the engineers that were making it happen. 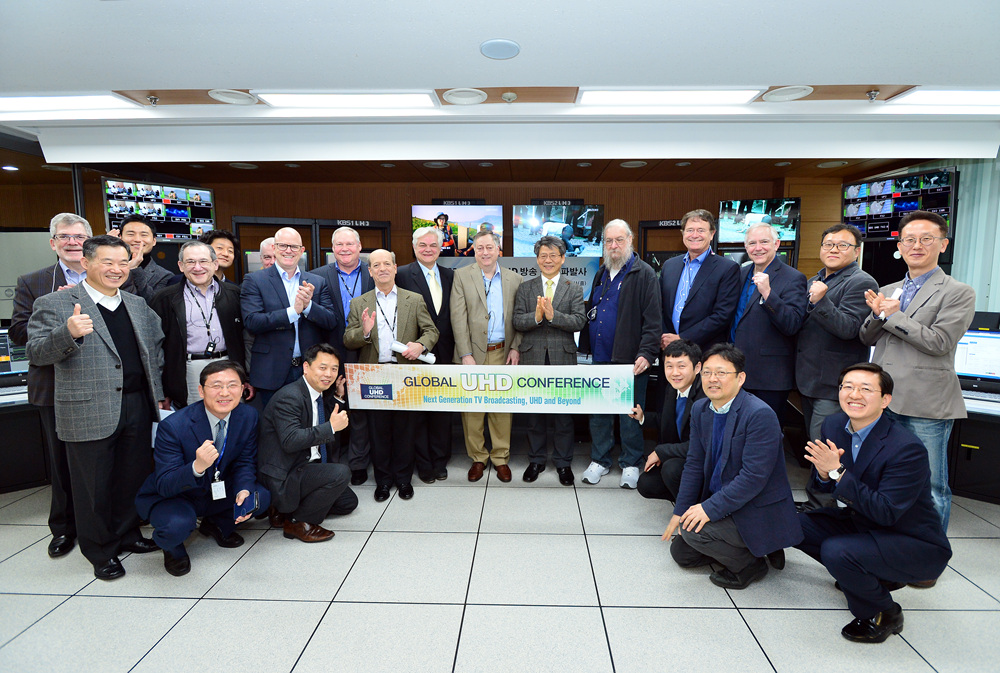 KBS is a state-run broadcaster that had two channels on the air with ATSC 3.0. KBS launched their first test transmissions on February 28, 2017, and both channels featured 4K, 2160P60 UHD and were protected with conditional access. One of the channels used the ROUTE/DASH protocol, and the other used MMT. 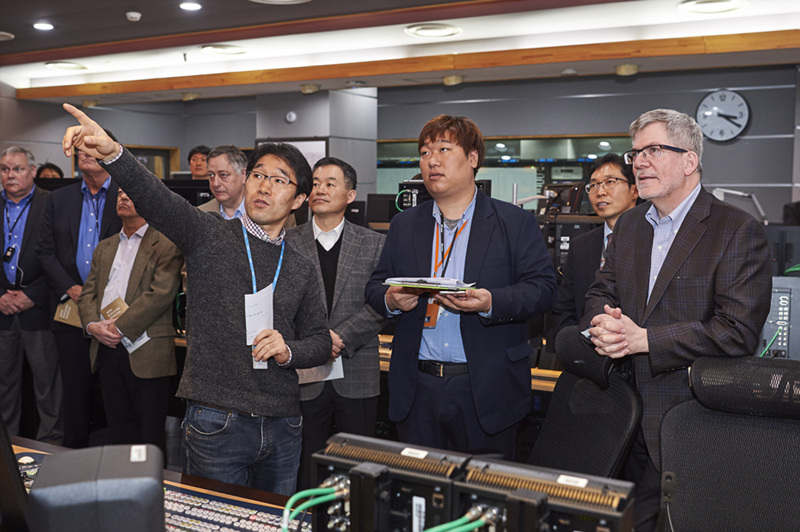 Munhwa Broadcasting Corporation (MBC) was Korea’s first commercial broadcaster starting with AM radio in 1961. Today MBC is a global radio, television and digital media player, and like KBS they also began test ATSC 3.0 transmissions on February 28, 2017. They are transmitting one 4K, 2160p60 channel with conditional access, and alternating between ROUTE/DASH and MMT to test performance. 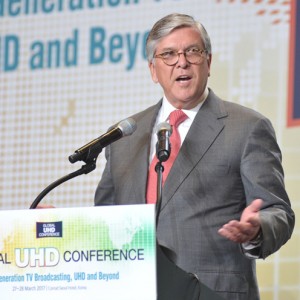 Gordon Smith, CEO of the NAB, gave the opening keynote address to the conference and discussed the importance of ATSC 3.0 for the future of broadcasting. He talked about the many benefits of the standard and how broadcasters around the world can use it to better serve their local communities. Leonardo Chiariglione of MPEG gave the second keynote and discussed more channels, more choice and more opportunities with next-gen TV.

After a great lunch full of toasts and celebrations, I gave a talk on how next-gen TV would be deployed in the United States compared to how it was being deployed in Korea. Lynn Claudy of NAB chaired a session on the future of the UHD service, Mark Richer of ATSC discussed ATSC 3.0’s societal impact, and Richard Friedel of Fox chaired a panel discussion recapping the day’s events.

On day two Dave Siegler of Cox chaired a session on the new broadcast and broadband ecosystem, Skip Pizzi of NAB discussed UHD studio production systems, and Rich Chernock of Triveni Digital talked about the hybrid capabilities of ATSC 3.0. There were lots of other sessions with great speakers from DigiCap, Dolby, Ericsson, ETRI, LG Electronics, NHK, Samsung, Teamcast, and numerous other universities, companies and associations.

While in Seoul we also held meetings with two of the world’s largest television manufacturers, LG Electronics and Samsung. Our meeting with LG was in downtown Seoul, and we visited the Samsung’s Digital City campus in Suwon, including spending some time in their Samsung Innovation Museum (SIM). If you are ever in Seoul, I strongly encourage a visit to this impressive museum, as it houses so many exhibits on vital, life-changing innovations across the centuries and from around the world. It is truly an impressive facility.

And following the conference, the tech team from NAB took time to experience Korean culture and history with a visit to the Gyeongbokung Palace, a beautiful and vast 14th century structure and grounds in the heart of Seoul. This palace was stunning and full of school children in traditional garb and big sunglasses…a delicious dichotomy of past and present. 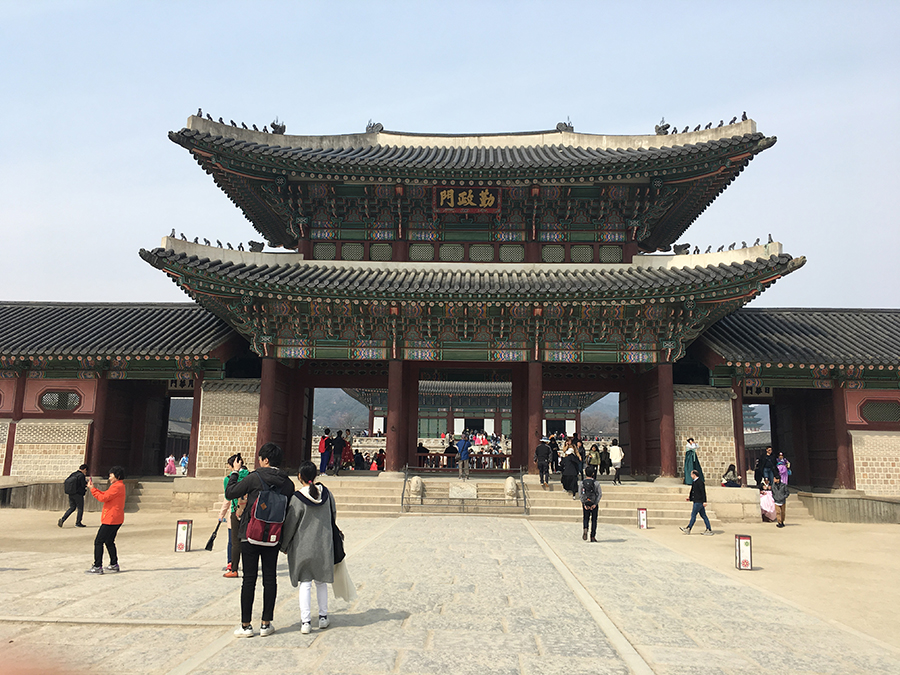 The conference was a celebration of the launch of next-generation television, ultra-high definition, and of the ATSC 3.0 broadcast standard. We had an amazing time and learned a great deal. We also became semi-expert in the art of making and imbibing Soju-bombs, a combination of beer and soju, enjoyed with Korean barbeque and friends. And that made it more than just a celebration of technology and broadcasting, it made it a celebration of life.

By Sam Matheny|April 7, 2017|ATSC 3, Blog, Television|Comments Off on We Celebrate the launch of Next Gen TV at the Global UHD Conference