Highlights from the ATSC Next Gen TV Conference

The ATSC Next Gen TV Conference took place last week in Washington, DC and focused on the implementation of the ATSC 3.0 standard – from getting on the air to making the most of the benefits of Next Gen TV, or as new ATSC President Madeleine Noland put it, “the nuts and bolts of 3.0.” 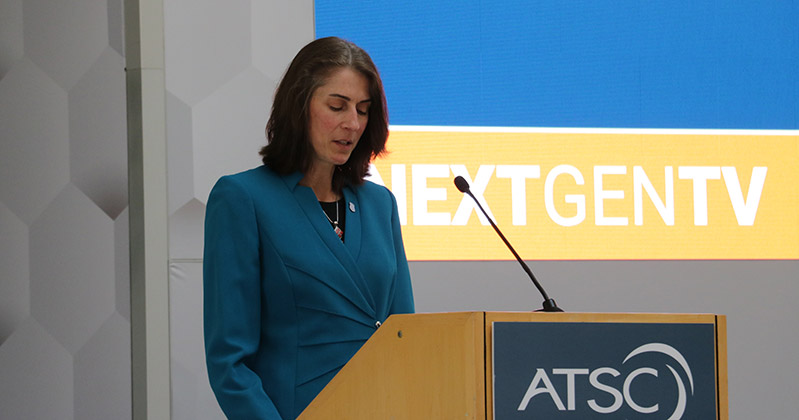 In her opening remarks, Noland noted that this year marks the tenth anniversary of all-digital ATSC 1.0 broadcasting with the shutoff of analog NTSC television and said that with 3.0 “we have an opportunity to surpass that success… [3.0] not only offers us the ability to deliver better television but opens the door to new businesses and new industry sectors.”

Wednesday’s sessions covered the business and legal agreements required by stations in a market in order to launch a lighthouse ATSC 3.0 station, details of the licensing process for ATSC 3.0 stations recently announced on May 23 by the FCC, issues associated with carrying ATSC 3.0 on cable systems and ways to get the most spectrum efficiency out of ATSC 1.0 in order to free up more data rate capacity for ATSC 3.0.

NAB CTO Sam Matheny and Bryan Biniak from Connected Travel kicked off the conference Thursday with a discussion of the automotive opportunities provided by ATSC 3.0. 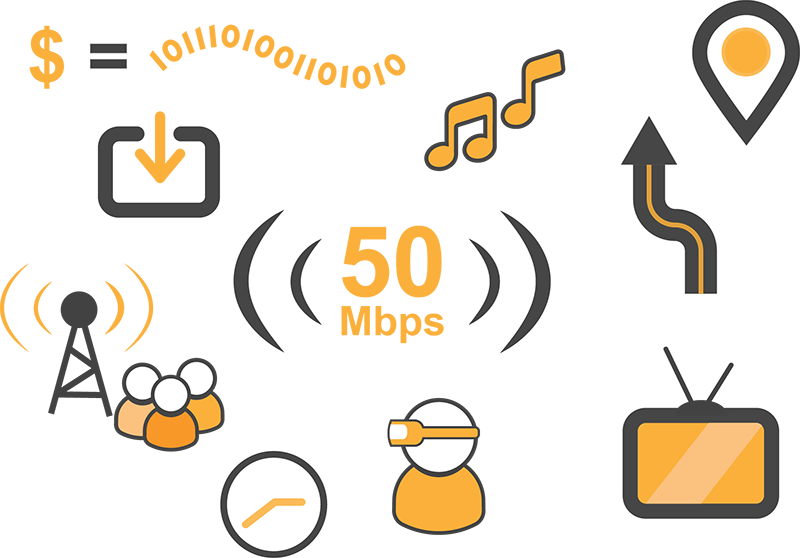 Matheny discussed datacasting use cases for ATSC 3.0 in the connected car during his session on Thursday. 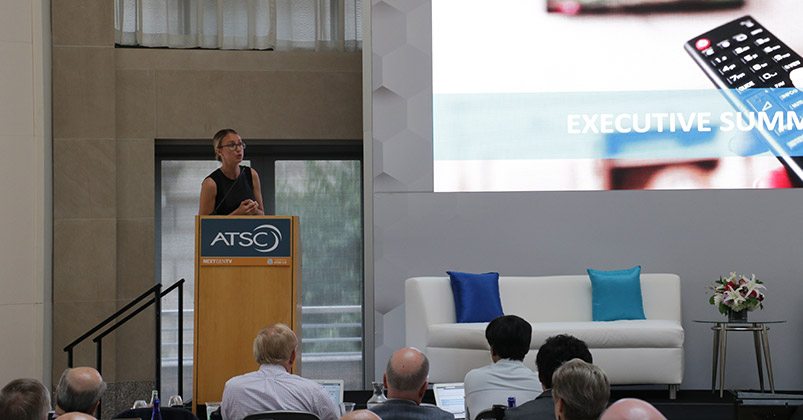 After lunch, Nicole Meighan from Magid presented consumer research conducted by Pearl TV in the Phoenix  Model Market deployment of Next Gen TV that shows how features in the standard could increase broadcast TV viewing and drive sales of new television receivers. In focus group surveys, for instance, 91% said they were either interested or very interested in using ATSC 3.0 with most viewers excited about HDR, 4k UHD and immersive audio. 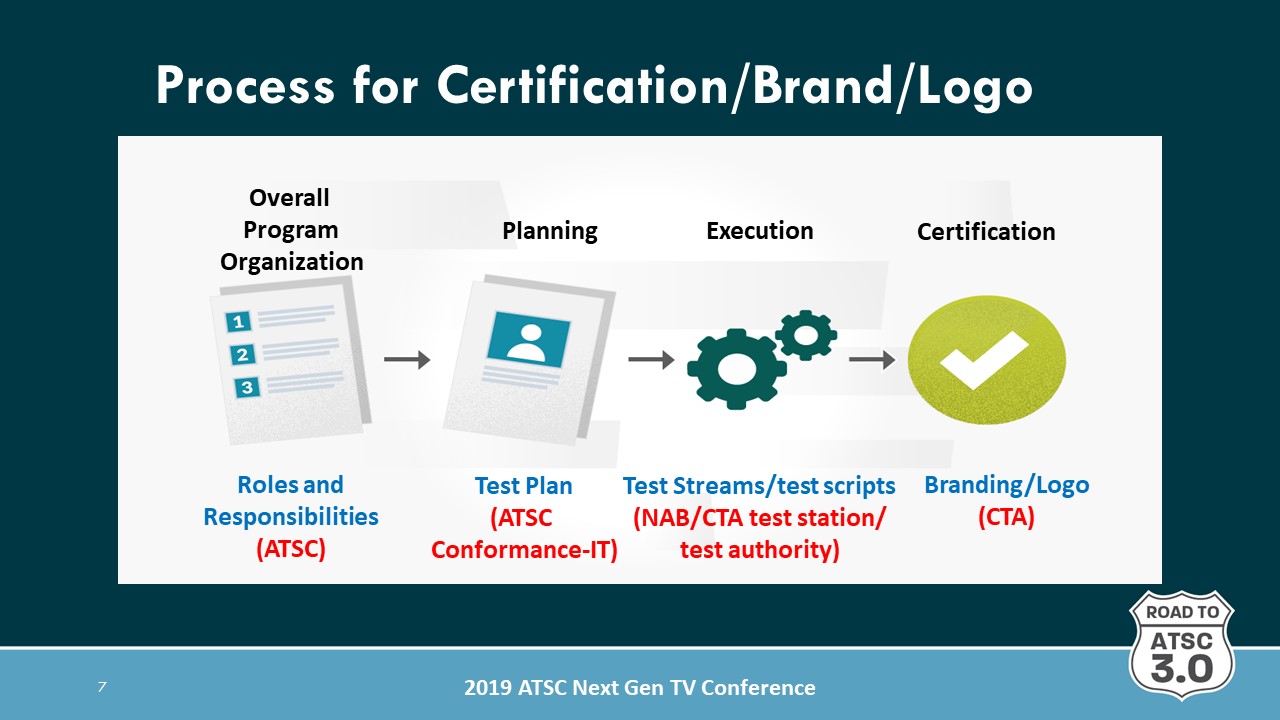 In the panel By Any Other Name: Branding and Conformance Plans for ATSC 3.0 moderated by NAB Senior Vice president of Technology Lynn Claudy, Bob Campbell of Eurofins, Lesley Rohrbaugh of CTA and Oren Williams of Dolby described the process and various steps associated with receiver conformance testing and logo certification programs for Next Gen TV. 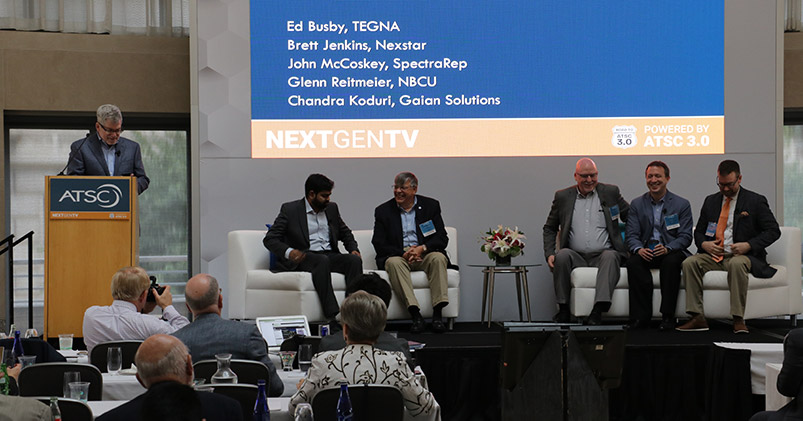 Richard Friedel from Fox moderates The Economics of the Pipe: How ATSC 3.0 Drives Innovation panel.

Richard Friedel from FOX television moderated a panel on the economics of ATSC 3.0.  They discussed the many new opportunities provided by Next Gen TV in the new media landscape.

Other panels explored plans from the newly formed Public Media Group, the role of broadcasters in emergencies demonstrated by a recounting of News-Press & Gazette station KEYT-TV’s efforts in Santa Barbara during the Thomas fire and mudslide in 2018 by General Manager Mark Danielson, and a panel headed by Gaian Solutions’ Chandra Koduri on how broadcasters can prepare for behind-the-scenes operations necessary to launch ATSC 3.0 advanced services.

The 2019 Bernard J. Lechner Outstanding Contributor Award was presented to Adam Goldberg from Sony. Goldberg chairs the S36 Specialist Group on ATSC 3.0 Security, where he led the development of the A/360 ATSC 3.0 Security and Service Protection Standard. A/360 defines methodologies to secure content and data flows described in ATSC 3.0 specifications.

“Security has been of paramount importance in ATSC 3.0 from the outset, and Adam has been a key technical contributor on ATSC 3.0 security,” said Noland.  “By facilitating consensus, Adam helped ensure that strong ATSC 3.0 security not only helps keep our data and content safe, but also enables new business models, such as subscription or pay-per view services, while opening doors to new industry sectors like automotive.” 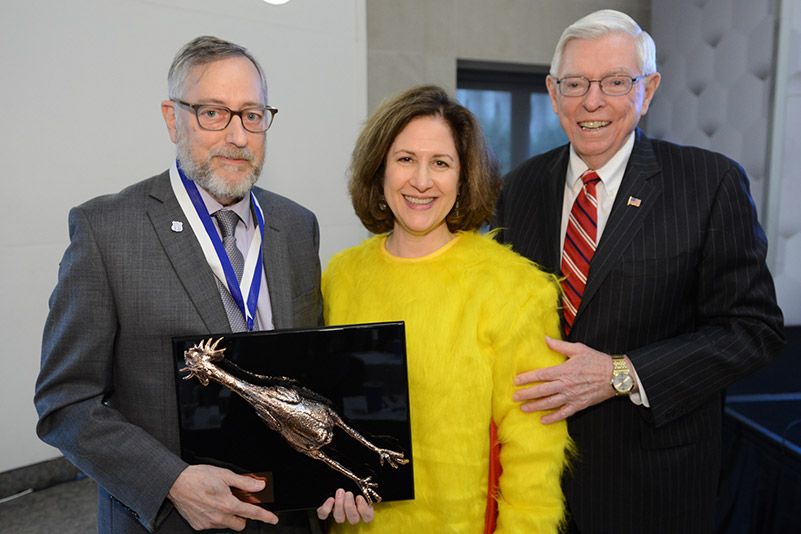 The conclusion of the conference included two awards presented to Mark Richer, the now-former ATSC President. Over his tenure, and with true tongue-and-cheek intent, Richer would periodically award rubber chickens to various prominent ATSC participants for their statements or actions over the course of the year. To mark his retirement this year, the ATSC saw fit to award Mark with one final bronzed rubber chicken, presented to him by current President Madeleine Noland, ATSC Chair Lynn Claudy and Richer’s wife Diane, who dressed as a chicken for the occasion to accompany a surprised Mark Richer to the stage.

Thank you for your leadership and friendship… pic.twitter.com/pVAIPtum7a 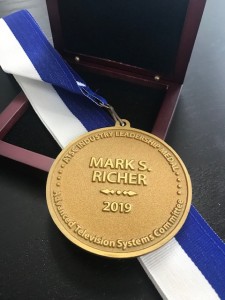 The first Mark Richer ATSC Industry Leadership Medal was awarded to its namesake to end the 2019 ATSC Next Gen TV Conference.

By Rich Johnson|June 3, 2019|Blog|Comments Off on Highlights from the ATSC Next Gen TV Conference