Hollywood of the Middle East 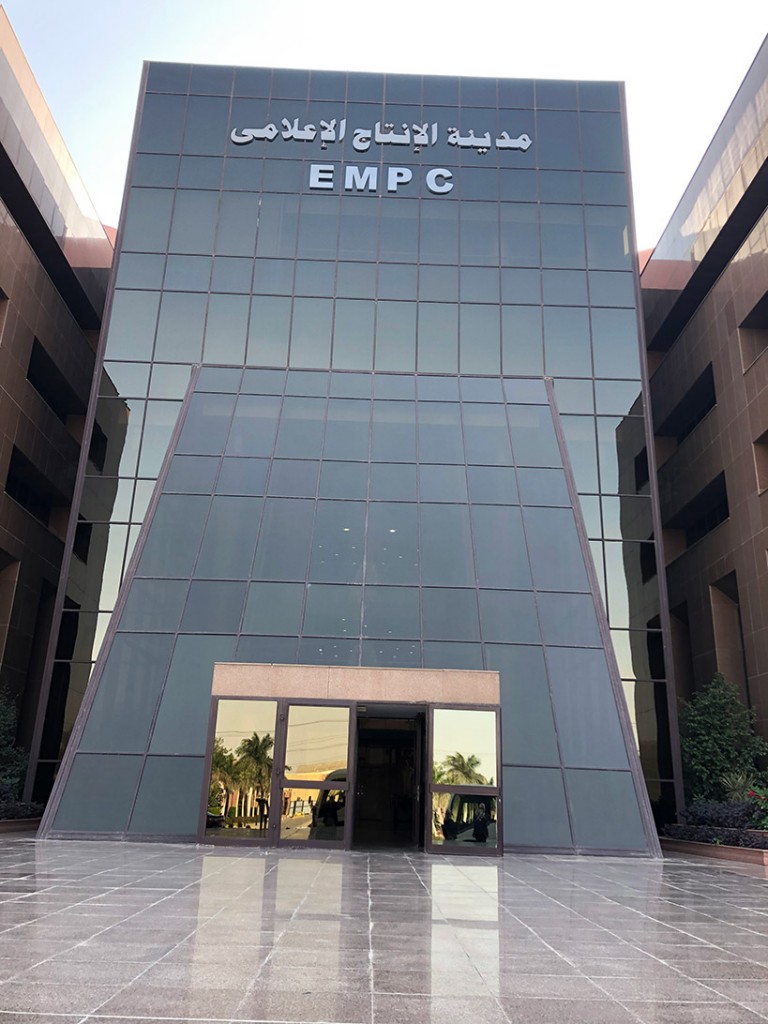 Recently, NAB CTO Sam Matheny and I had a rare opportunity to visit Egypt Media Production City (EMPC), a 700+ acre site that many consider “the Hollywood of the Middle East.” The facility, located just West of Cairo in 6th of October City, Egypt (near the famous Giza Pyramids), includes Hollywood-like indoor and exterior shooting stages for cinematic production, but also features approximately 80 television and radio studios for origination and post-production of broadcast programs, and technical operation centers for distribution and uplinking of these programs for delivery to audiences across Egypt and elsewhere in the Arab world. 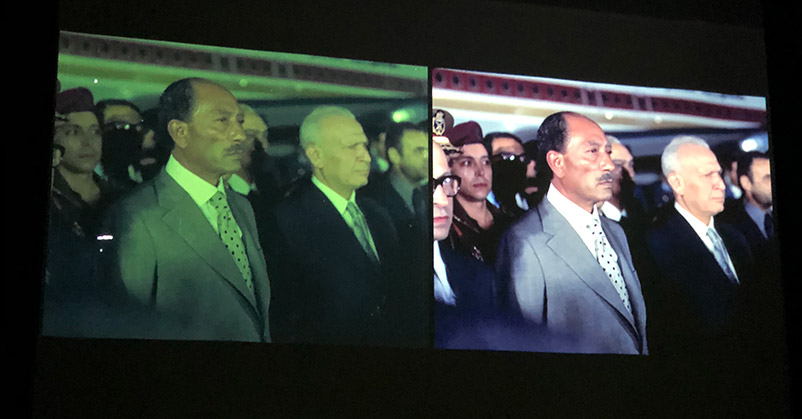 EMPC’s Cinematic Restoration Center is preserving and transferring to digital thousands of hours of Egypt’s film history, both B&W and color. (Original film frame at left, corrected and preserved image at right.)

Facilities at EMPC include a state-of-the-art film restoration center, where historical film archives (16 and 35 mm) are currently being cleaned up and transferred to digital storage, as well as the International Academy for Engineering & Media Science (IAEMS), where around 4,000 students study the media arts and gain practical experience in their work throughout the technical facilities at EMPC.

The Middle East’s only Dolby ATMOS production and screening room is also among the facilities at EMPC. 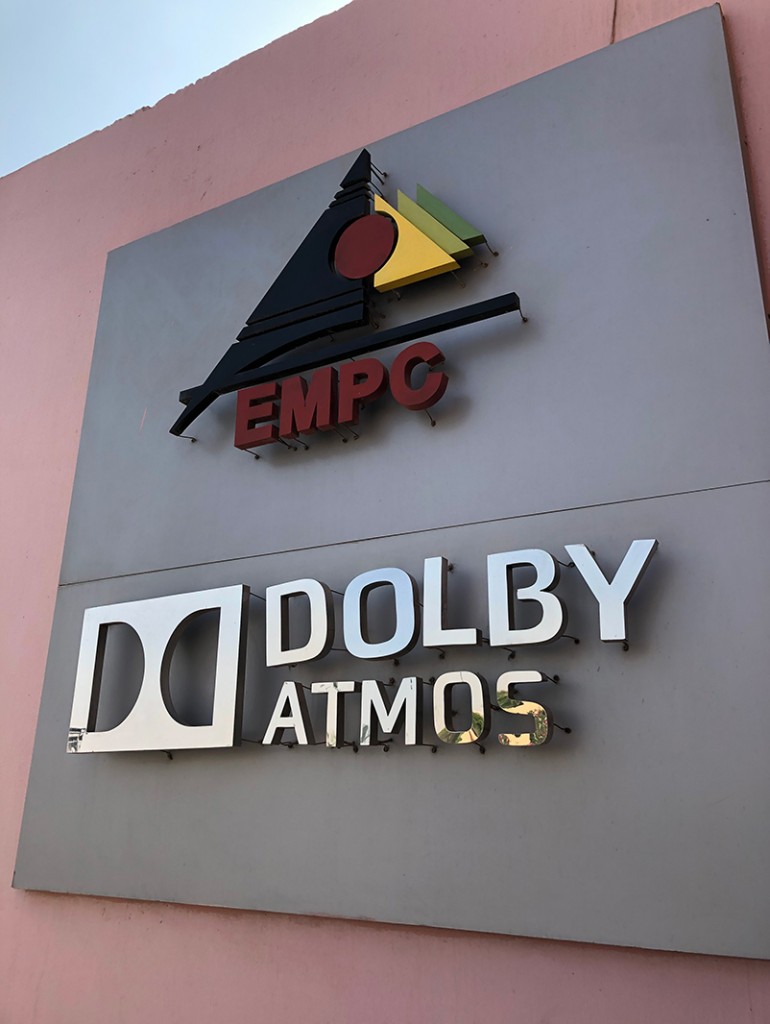 ATMOS in the desert. 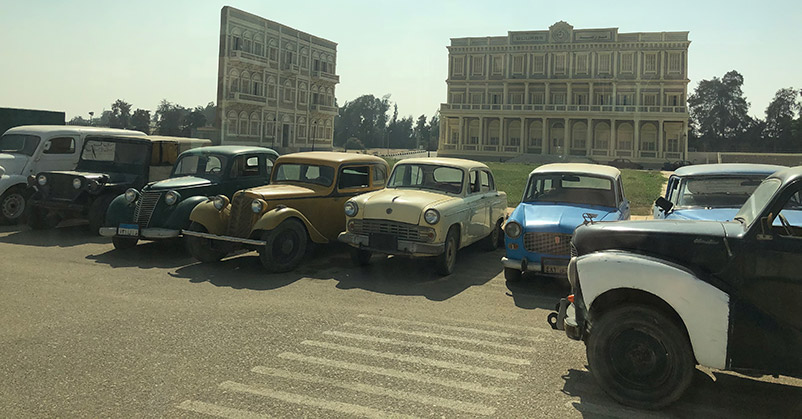 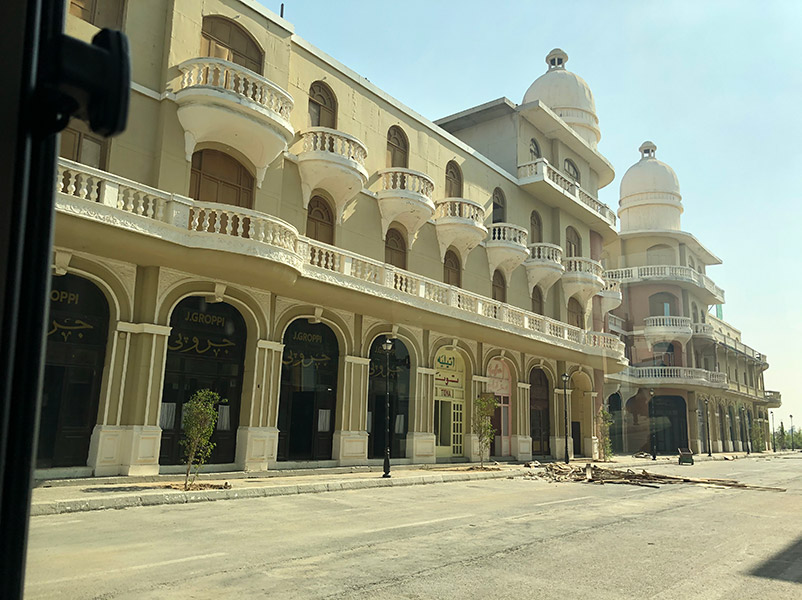 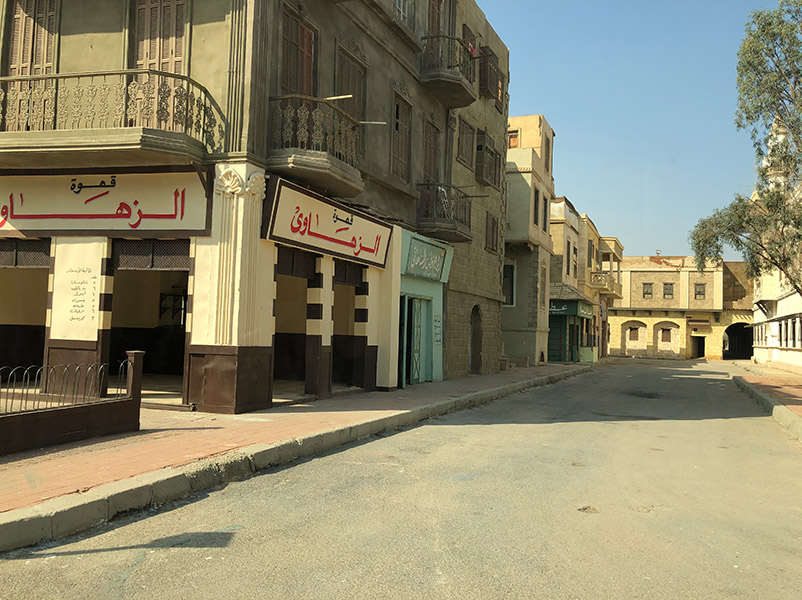 A few of the many exterior shooting areas depicting different Egyptian periods and locations.

Besides being home for many Egyptian productions, the facility has served as a host for foreign productions requiring location shoots on Egyptian and other Arab sites. The difficulty of shooting in actual downtown Cairo, even for projects set in the current day, provides some of the EMPC’s appeal to producers. 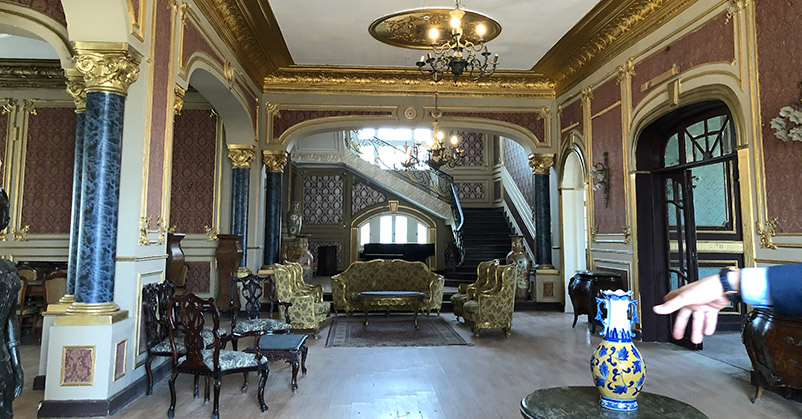 Home for Many Popular Programs

EMPC is the origination site for most of the popular TV and radio programs in Egypt today. The Radio programs use analog FM service, while most of the TV programs are distributed via the free satellite TV service NileSat.

(One exception to this is the Egyptian public service broadcaster, the Egyptian Radio and Television Union—ERTU, an EBU member and the oldest state-run broadcast operation in the Arab world or Africa—which does not originate from EMPC, but from downtown Cairo in the Maspero building on the banks of the Nile River. ERTU remains the primary operator of terrestrial TV broadcasting in Egypt.)

Meanwhile, one popular output of EMPC is the music video genre, examples of which are distributed throughout the region. An interesting consequence of this is that viewers across the Arab world have become familiar with the Cairo dialect of Arabic, and can therefore be easily understood when they visit the city—whereas the opposite is not typically the case for Cairo natives when they travel to other Arab nations. 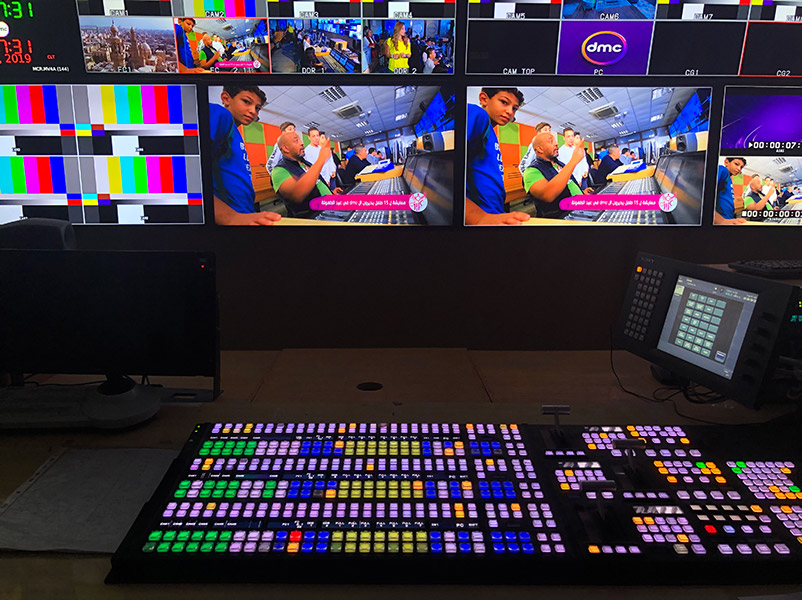 Production switcher in one of the EMPC’s video control rooms.

While EMPC leaves deeper news coverage to services like Al Jazeera (based in Qatar) and Al Arabiya (in the United Arab Emirates), many popular entertainment and sports programs and channels in the region originate from EMPC. An example is the “Different Media Channel” (DMC), which presents a variety of contemporary television programs—drama, talk and sports—most of which are produced daily in studios at the EMPC. 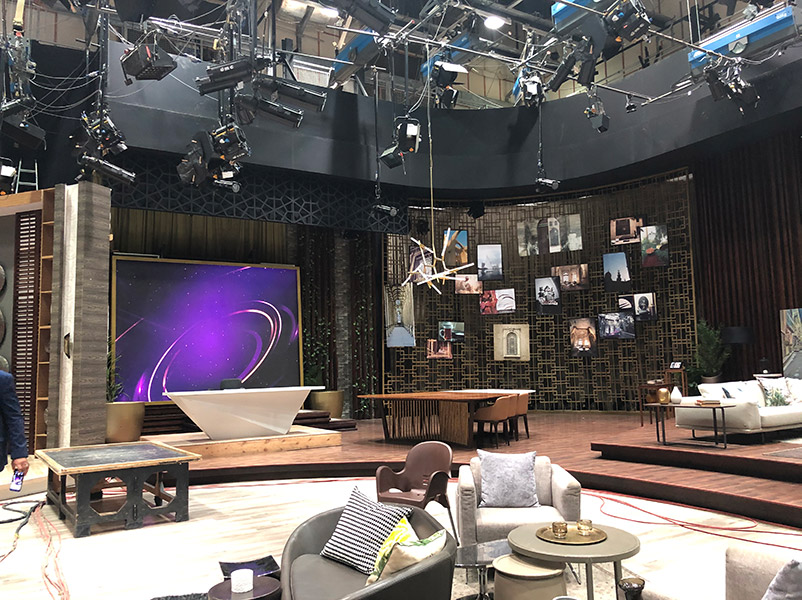 One of EMPC’s 80 studios, showing sets used for three different TV programs of the DMC service.

The EMPC is impressive and inviting to those seeking a media production venue in the Arab region. Its facilities continue to grow, with a nearby theme park, adjacent hotel and one of the region’s largest shopping malls adding to its appeal. Next year, the vicinity will further benefit from the highly anticipated opening of the massive Grand Egyptian Museum, adjacent to the Giza Necropolis. It will then become the world’s largest archeological museum, with over 5 million square feet of indoor and outdoor exhibit space. A second Cairo airport is also under development nearby.

Our visit to Egypt Media Production City provided a fascinating homage to a long history and its preservation, mixed with the latest media technology and education of the next generation of media professionals—an inspiring and memorable experience.

By Skip Pizzi|November 19, 2019|Blog|Comments Off on Hollywood of the Middle East