This Texas broadcaster has gone to great lengths to bring the audience into the storytelling process.

“What would it look like if we started to shift our focus from being traditional broadcasters to being really audience-driven?”

This is the question Dustin Block, audience development lead for Graham Media Group, recently set out to answer. Block had been mulling the issue over for a while, but participating in the Table Stakes program helped crystallize his vision. Table Stakes is a nine-month program in which stations around the country are selected to choose a unique challenge they’d like to overcome in order to advance broadcast and digital innovation in local TV news. The program originally began with newspapers and Graham Media Group was part of the first cohort for local broadcasters. Graham chose San Antonio-based KSAT, one of the seven TV stations it owns, to participate.

One of their first ideas was testing out a membership program. They began with Fiesta, a 10-day Texan heritage festival that takes place in San Antonio every April. Bernice Kearney, the news director at KSAT, described it as “San Antonio’s version of Mardi Gras.” As the broadcast partner for the event, KSAT airs all the parades live. They chose one, the Battle of Flowers Parade, and decided to throw a “viewing party,” inviting highly engaged users, to see if they’d pay money to come. It worked. 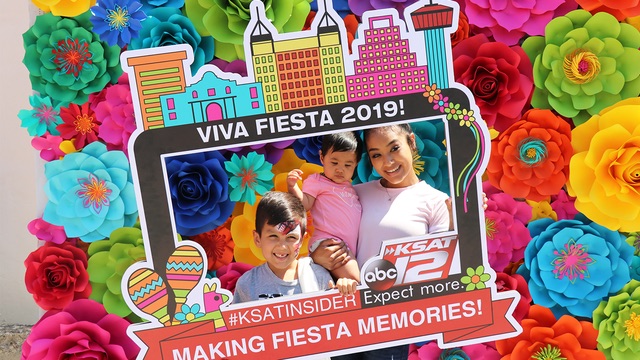 They sent out the first email blast and sold 300 tickets in 24 hours, selling out entirely. They added a second party the next night and sold that one out in record time, too. In each email blast, viewers were prompted to join the “KSAT Insiders” program to learn about future exclusive events and more.

“We were like, ‘Oh, there’s something to this,’” Kearney said. “It was an initial great success, and we knew this could be a thing.”

The KSAT Insiders program is free and anyone can join. Insiders get access to select stories in advance of publication, plus first shot at tickets to VIP events like the Battle of the Flowers party and members are sent surveys about what they would like to see covered at the station. As an extension of those surveys came the SAQs, “Your San Antonio Questions Answered,” a platform, powered by the audience engagement tool Hearken, for viewers to ask the KSAT newsroom questions about San Antonio. Questions range from silly to serious and are often answered by reporters on air and streamed digitally.

For example, a few days after the station aired a primetime special investigation on the way San Antonio police officers are disciplined, the station took some of the many questions and suggestions submitted by audience members and created a digital live streamed Q-and-A that ran approximately 17 minutes. They’ve had success employing this tactic with many stories, such as an investigation into the arrests of several Bexar County Sheriff’s Office employees. After receiving dozens of audience questions, KSAT created a livestream around the subject. “When you start to see reporters talking directly to the audience and answering questions, it’s kind of the goal, our hope, at least on the journalism side,” Block said.

The KSAT team is currently hard at work figuring out how to eventually turn the free membership program into a modest paid model. “There are so many avenues and opportunities there that we’re just now beginning to explore what that might look like,” Block said. They’d like to focus more on events, too, as a way to pull people into the Insiders program. And Graham is looking into creating membership programs for their Jacksonville and Detroit stations, WJXT and WDIV, as well.

Kearney’s favorite part of the program has been “the fact that it’s so different from what it has been for 50-something years of core business.” She added, “As it continues to grow, I feel like we’re going to have an unlimited potential, because it gives you so much freedom to try new things when you’ve got this new opportunity to find new ways to reach out and be in your audiences’ lives — and have them in yours.”