When a member of the University of Florida Media Effects & Technology Lab presented this year’s NAB PILOT Challenge question to Ronald Baez and his Yellow Wood Immersive team, the Miami native immediately thought of a moment of fear in 2017. 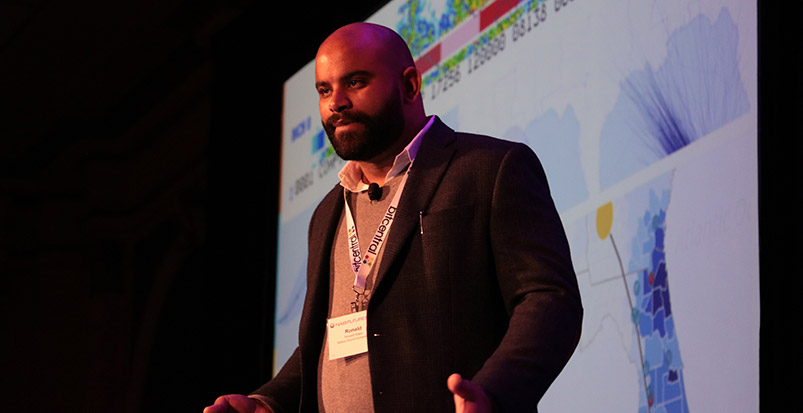 “We were sitting in my business partners living room thinking of a problem I have that some broadcasters might have,” Ronald said. “Immediately, I thought of a conversation I had with my mother in 2017.”

Days before Hurricane Irma made landfall in Florida, Ronald found himself struggling to urge his parents, immigrants from the Dominican Republic, to evacuate their homes. It was through this experience that Ronald found the inspiration for Immersive Disaster Effects Application (I.D.E.A).

“Hurricane Irma was headed toward us and it was like the scariest thing we had seen in a minute,” Ronald said. “I grew up in Miami, so a hurricane was just an excuse to miss work and get paid, but the data on this Hurricane was scary. It was the size of the state of Florida with winds of 186 miles per hour.”

For the first time in 30 years of living in South Florida, Ronald made the tough decision of picking up his things and leaving town, but his family did not heed the same warning.

Immigrating from a third-world country, Ronald’s family did not hold the same value in the data and numbers of the storm. As the person his family looks to for technological explanations, Ronald found it difficult to not be able to just show with pictures that his family could understand just how big the storm was going to be.

“Everything I turned to, whether it was government map or the news, the experience of these maps and gauging whether it was worth staying or not was just not visceral,” Ronald said. “The most frustrating thing I ever had to do in my life was leave my parents behind while I evacuated a place that I thought was going to be desolate when I came back.”

The idea behind I.D.E.A. is an immersive 3D-mapping tool for news broadcasters to visualize, for the public, the impact of incoming emergencies.

The goal I.D.E.A is to move away from two dimensional maps and colors and create something more visual though an application that can show you in three dimensions what specific effect the storm or disaster could have on your street.

“A lot of people lose their live because they don’t have information,” Ronald said. “Seeing as we live in a globally connected world, the things that we have to do as entrepreneurs is to make our products relative to the human question and how a product can enrich someone’s life.” And, Ronald is taking action through I.D.E.A.