The non-traditional news show produced by TEGNA’s NBC affiliate in Seattle is built around the goal of providing “the news you need to know without ruining your day.” 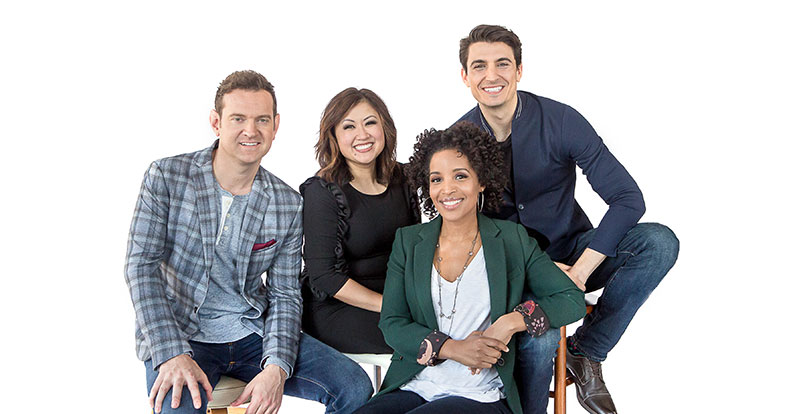 The hosts of KING Seattle’s “Take 5” interact in real-time with viewers.

Between young audiences’ propensity for consuming news by non-traditional means and the barrage of negative news wearing people down, the folks at KING Seattle knew they would have to try a new tack for delivering local news if they wanted to hook new viewers  and keep them. The TEGNA-owned NBC affiliate did just that in April, when it launched “Take 5,” a 4 p.m. newscast built around the idea of offering viewers the means to “learn something, feel something and do something different.”

“Our approach is [providing] the news you need to know without ruining your day,” said KING news director Cheryl Carson.

How does “Take 5” do that? By honoring people who are game-changers and empowering audiences to participate in the show through a real-time, interactive texting platform powered by Zipwhip.

“We still touch on stories that might be difficult to hear. But we always take a positive approach or look for a bright light in a tough situation,” Carson said

KING has also cast a wide net to reach people “who are like-minded in thinking through a different lens” — and not necessarily at home to tune in at 4 p.m. — by making the show available online and on mobile as well as on-air, she said.

KING’s efforts have boosted viewership and community engagement, providing the impetus for KING to explore ways of how best to infuse other newscasts and programming with the mindset and methodology that has made “Take 5” relevant with a breadth of viewers. “We don’t know the answers yet, but we will find out,” Carson said.