With KNBR’s help, during the 2018 season the Giants became the first MLB team to launch free game streams. 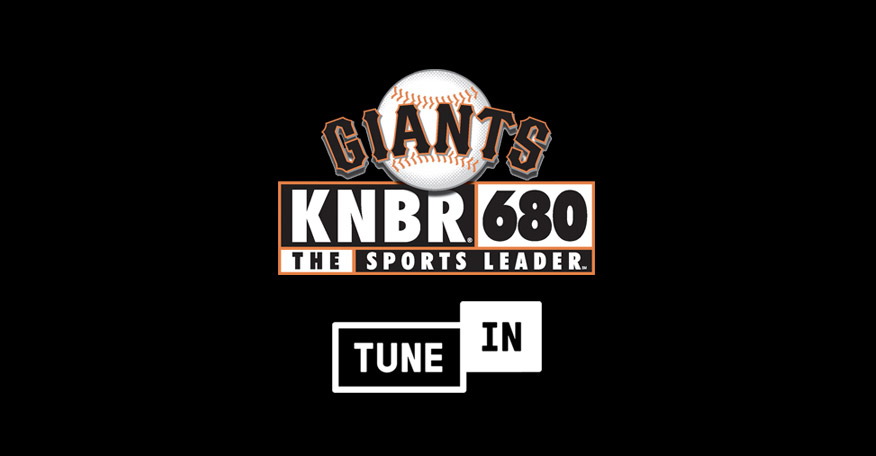 KNBR 680 and the San Francisco Giants are the first Major League Baseball (MLB) broadcast partners to offer free, in-market live streams of radio play-by-plays, bucking the current MLB standard of charging fans to tune in digitally, if not blacking out a game altogether.

After inking a new multi-year deal, the Giants and sports station KNBR rolled out digital delivery of on-air gameday broadcasts during the 2018 MLB season.

That means that, from here on out, Giants broadcasts will be distributed digitally through Cumulus-owned KNBR’s channel on the streaming service TuneIn’s mobile app as well as through its own website, knbr.com.

In the world of sports broadcasting, the move is a radical departure, as local broadcasters have historically not been able to broadcast their game streams live. The MLB reserved that right for itself, charging fans a subscription fee to listen to live streams of games on platforms including the MLB’s TuneIn channel or the app MLB At Bat.

“The ability to stream San Francisco Giants games locally across all mobile devices has been a win for all parties,” said Jeremiah Crowe, program director for KNBR. “As we approached our 40th season as partners, the Giants and Cumulus were aligned in knowing our local fan bases now expect game broadcasts to become available on as many digital platforms as possible. In negotiations, we quickly learned Major League Baseball and TuneIn’s objectives connected with our goal of providing baseball fans with a best-in-class streaming option in the tech capital of the world. The mobile audience is additive to every avenue of measurement, so it was a no-brainer for KNBR in terms of listenership and revenue.”

After nearly 40 years of partnership, KNBR and the Giants’ expansion into digital also is forward-thinking in that it keeps radio play-by-plays, and baseball, accessible and relevant to the growing number of fans who aren’t as wedded to the radio dial.