KYW Philadelphia Deploys Radio Reporters with Only Their Phone Apps

The all-news radio station was able to expand its Nor’easter coverage thanks to the QGoLive broadcast app. 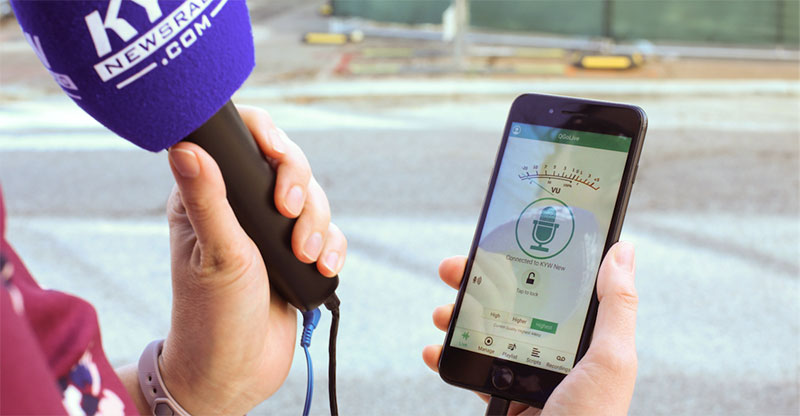 With the QGoLive app, KYW radio reporters can go live on-air using only their phones

When a nor’easter socked Philadelphia last winter, KYW’s crew of reporters were ready to report from the field without ever having to stop by the news radio station, let alone check out transmission equipment, thanks to QGoLive, an app that allows reporters to broadcast live from anywhere with cellular or WiFi internet service.

The technology led to robust storm coverage, with reporters going live back-to-back using a single QGoLive receiver, switched by the remote control at the editor’s desk. The app also allows reporters to include soundbites in their reports, something that required reporters to use separate recording devices for playback on top of the traditional hardware used in the field.

KYW has more than 50 QGoLive accounts, meaning far more reporters are equipped to go live at any time from most places. All the station needs to have to air the broadcast-quality reports filed via the app is a computer.

“QGoLive gives us the ability to take our audience to the scene of breaking news instantly with crystal clear audio,” said KYW program director Alex Silverman. “It allows us to feature guests from around Philadelphia and the world with nothing more than the smartphones [reporters] already have in their pockets.”

KYW adopted QGoLive after fellow Entercom station 1010WINS New York used it first. That station had early access to it because Harris Media, the company that markets QGoLive, is owned by its morning anchor, Lee Harris.

The impact on KYW’s broadcasts is big and is expected to grow. The next generation of the app will allow reporters to produce recorded reports in addition to going live and they will upload directly to the newsroom’s digital playback system. It also allows reporters to broadcast on other stations, which is how WINS’ Al Jones reported from Hurricane Florence and aired it on KYW. Entercom expects to continue rolling out the technology, laying the groundwork for more news-sharing to come.