Fred Engel CPBE is the senior director of technology at UNC-TV. He leads the Next Gen TV – Saving Lives One Alert at a Time project that delivers crucial alerts to first responders faster than the current pager system.

Fred’s team was the first place winner of the 2017 PILOT Innovation Challenge. Read about their recent work in Fred’s guest blog post, then submit your idea for this year’s challenge.

It is hard to believe a year has nearly passed since we at UNC-TV/Public Media North Carolina submitted our proposal for the PILOT Innovation Challenge. In November of last year, we were honored to be selected as the first-place winner. Since then it has been a whirlwind of activity and progress on our concept. 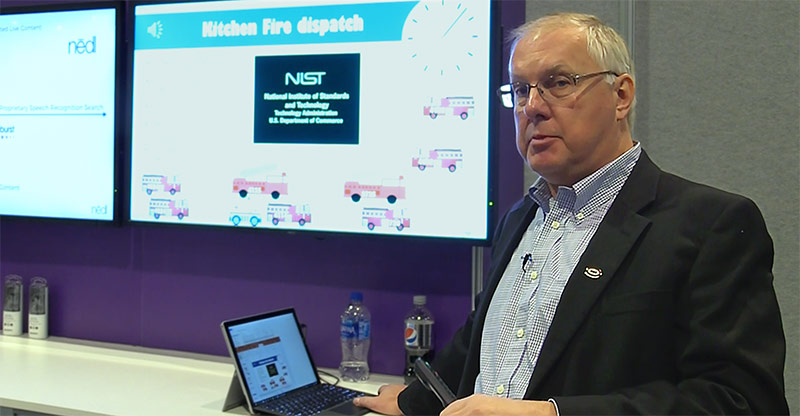 Our work on this concept goes back nearly two years when we, along with our friends at the North Carolina Department of Information Technology, examined a problem they had identified: the protracted delivery of analog voice pages to first responders. We collaborated with Red Grasso from the state to write a white paper that explained the problem and then offered the potential solution via Next Gen TV. We initially used that paper as the basis to respond to a National Institute of Technology Public Safety Communications Research grant. Although we were not successful for that grant, much was learned in the process, and the knowledge gained was applied towards the PILOT Innovation Challenge.

It has been extremely rewarding… For those considering submitting a proposal for this year’s competition I wish you luck — it is well worth the effort.

Since the win, we have been busy testing the concept. We have successfully transmitted first responder dispatches over the WRAL ATSC 3.0 experimental transmitter (WRAL has been a key partner in our efforts) and received and decoded those announcements on a PC. We are now looking to improve the communication path from the dispatch center to WRAL and address other technical needs.

One of the most important tasks we will soon begin is a research effort to validate the hypothesis that ATSC 3.0/Next Gen TV can be an effective conduit for the IP delivery of critical messaging in a far timelier fashion than the current analog voice system. We have identified potential research partners to assist and are seeking resources to fund the effort.

It has been extremely rewarding for our team to have participated and won the competition. For those considering submitting a proposal for this year’s competition I wish you luck — it is well worth the effort.