If you have a question about political proceedings, Texas Tribune Social Media Editor Bobby Blanchard is the go-to guy.

“He is a smart young guy that follows this stuff anyway for his job,” Texas Tribune Chief Product Officer Rodney Gibbs said. “We found that in the office, a lot of us were going to him about the procedures. He always has the answers at the tip of his tongue.” 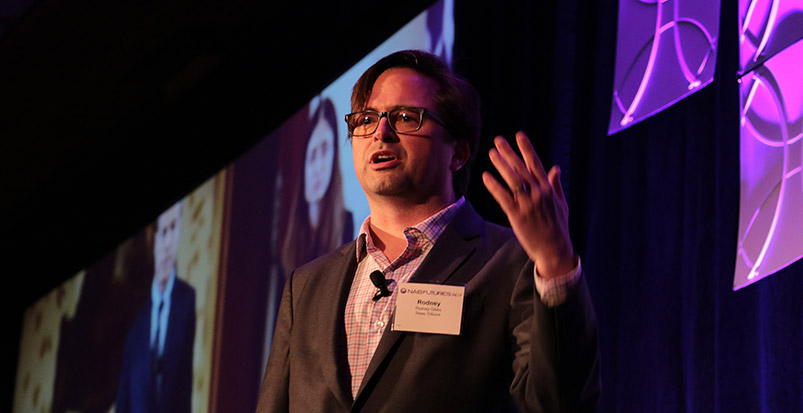 The idea for Lawmaker Live spurred from Bobby’s keen ability to translate courtroom jargon. Lawmaking Live provides helpful live commentary and analysis to a livestream video from the Texas legislature.

When Texas lawmakers where debating the bill that would limit transgender rights, the Texas Tribune made a crucial change to their normal raw stream of the proceedings and added in Bobby. Bobby would not speak over the video but would occasionally softy explain what certain word or motions meant.

“We all love school house rock and how a bill becomes a law, but unfortunately it is all a little more complicated and off putting. Often you have to be an expert to under the process,” Rodney said. “Lawmaker Live was our way of trying to help break down those barriers and help people engage and Bobby is kind of be the Sherpa and walk people through it.”

“An interest facet is that a lot of the debate that we narrate happens during the day when people are at work,” Rodney said. “People are not necessarily going to sit in front of screen and watch this every afternoon, but because it is on Facebook it seems like they can have headphones in and listen with one ear while listening.”

The comments during the beta phase of Lawmaker Live have been surprisingly intellectual and civil, according to Rodney, and people have shown a genuine interest in be a part of the discussion.

The Texas Tribune newsroom isn’t large and it does not work with on a broadcast aside from a few television partnerships, but it has tapped into an audience that wants to be apart of a community centered around local law.

“We don’t have satellite trucks or budgets for those so we want to do something lean and mean. It is Bobby with a webcam at his desk,” Rodney said. “You can hear and see him well, but it is a simple and cheap production. People seem to like it.”