Metadata is defined as “a set of data that describes and gives information about other data.” When applied to radio broadcasting, the term metadata is referring to data which describes or augments an audio program. Song title and artist, an album art image, a station logo, an advertiser’s web address or a textual news story description are all examples of metadata.

It has never been more important for radio broadcasters to include metadata in their broadcasts and audio streams. Consumers have access to an ever greater variety of audio content and many (if not most) of the popular internet-based “pure-play” audio channels use metadata to consistently provide listeners with the kind of information expected from an audio service, such as what is listed above. When broadcasters neglect to provide good metadata, it reflects badly on individual stations as well as broadcast radio as a service.

To explore this topic further, here are some questions and answers regarding metadata.

Absolutely not! The only broadcast radio service unable to accommodate metadata is analog AM, but streaming audio versions of analog AM programs will support metadata. Analog FM has significant metadata capabilities through the Radio Data System (RDS) FM data subcarrier, used by most FM broadcasters. HD Radio stations, both AM and FM, have the greatest capacity for metadata, which is not surprising since HD Radio is a digital radio technology and inherently supports data transmission. And virtually all streaming audio players support metadata, so any broadcaster who provides a streaming audio version of their programming should be using metadata.

What is the difference between static and dynamic metadata?

Broadly speaking, metadata for radio broadcasting falls into one of two categories:

How do the new hybrid (over-the-air plus internet) radios receive metadata?

In 2020, automakers in the U.S. began selling cars with hybrid radios that provide even greater opportunities for broadcasters to augment their over-the-air program with digital content. Here’s a screenshot from a 2021 Audi A4 hybrid radio showing the station guide, which includes multiple examples of metadata: 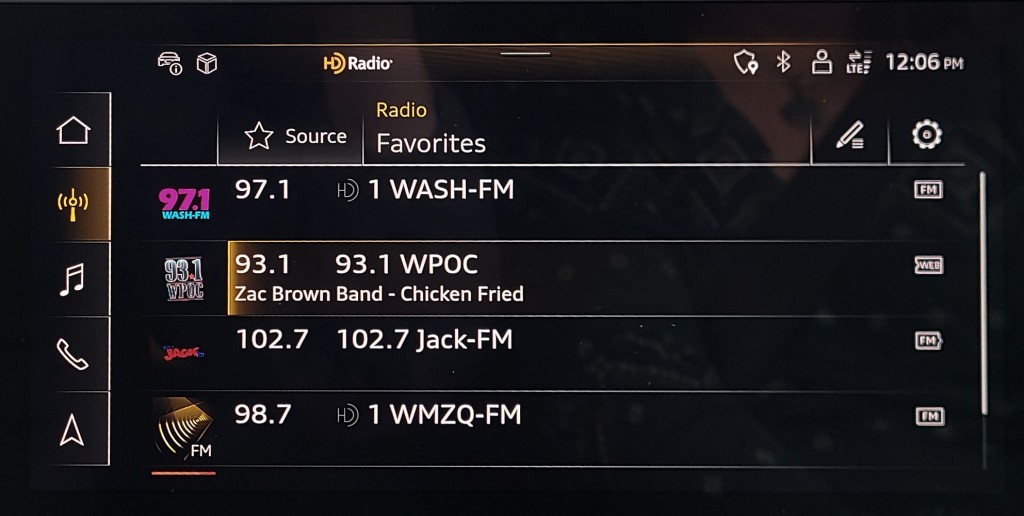 There are a couple of things to notice on this screen:

This is the first in a series of blogs about metadata for radio. In the next blog, I will provide more specific information on how broadcasters actually go about supporting metadata for their stations by discussing the recently updated NAB Digital Dashboard Best Practices report.

By David Layer|June 29, 2021|Blog|Comments Off on Metadata for Radio