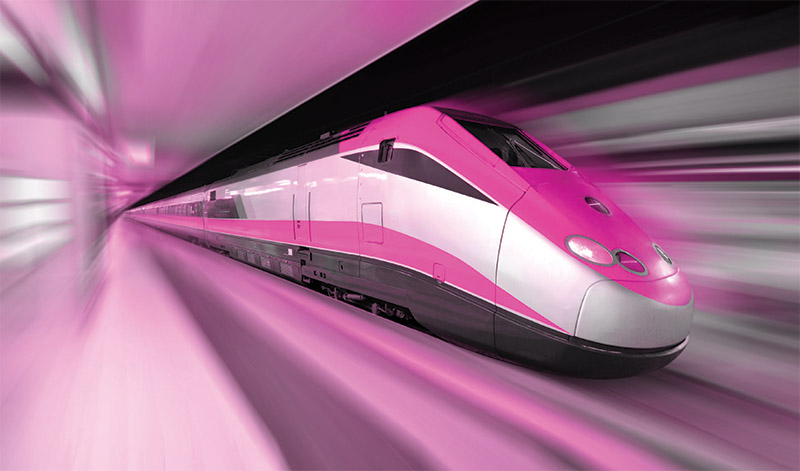 So how much simpler could the label “5G” be? One number and one letter – a thing of beauty. But as Einstein famously said, “Everything should be made as simple as possible, but no simpler.” And that’s where the problems with understanding 5G begin.

The label is applied to a very wide range of technologies, and it is understood to mean different things by different people, companies and industries. That kind of confusion certainly has occurred for other forms of emerging technology. But in the case of 5G, the term has been leveraged by marketers for their particular purposes, and already co-opted into substantial hype and resulting misconceptions.

The value of the label 5G has been thereby diluted, and its value diminished rather than increased in helping us understand what the technology is, and what it means to the businesses that may use or be affected by it in the near future.

The origin of the term comes from the world of wireless technology standards, where it implies (as you might guess) the fifth generation of cellular phone technology. But as in the passage of previous generations of technologies, the boundaries between them are not hard and fast.

5G will replace 4G in two distinct phases. First, the introduction of 5G will prompt the rollout of new mobile software, because the new technology allows somewhat more efficient use of existing wireless bandwidth than 4G does. This is an incremental change, not unlike previous transitions between wireless technology generations.

This transition has already begun in some markets, and will continue over the next few years, as new mobile devices that support the technology become available.

But the second phase of 5G will truly open up new horizons, as it will allow far faster connections. This is mostly due to its use of wholly new, higher frequency operations – so-called “millimeter wave” (mmWave) bands – which allow wider bandwidth connections per user. Don’t expect to see this broadly deployed until the mid-2020s, however. And even then, it will only be found in densely populated urban areas. Even 5G’s strongest champions agree that it’s unlikely mmWave 5G will ever be seen in rural areas.

Until now (i.e., through the 4G era), wireless phones have operated in various bands between 600 MHz and 6 GHz regions, but with the full deployment of 5G, frequency bands above 24 GHz (mmWave) will be used. That will allow users to connect to the network on much wider-bandwidth channels. As a result, full 5G deployment will provide consumer devices with connectivity up to 20 times faster than with 4G, while also increasing the capacity of simultaneous users per cell.

If this seems too good to be true, bear in mind that these higher transmission frequencies will necessarily limit the coverage zones for individual cells to much smaller areas. They may be as small as a few tens of meters in diameter per cell.

This means that the 5G mmWave deployments will require vast numbers of transmitters and antennas spaced closely together for the system to work practically for customers, which is why the full impact of 5G will only be felt in urban areas.

Notwithstanding the geographically limited nature of mmWave deployments, though, other benefits promised by 5G generally include:

Another 5G feature, which worries some in the traditional media businesses, is its so-called “broadcast mode.” This allows a one-to-many delivery format akin to broadcast radio or television service.

Such capability already exists in the current 4G LTE system, but 5G further expands it. Yet even 5G’s broadcast mode is not infinitely scalable like traditional broadcasting has always been. Even if it was, the economics of the system do not appear likely to entice mobile network operators into entering the radio or television business.

However, one media sector that does seem particularly vulnerable to new competition from 5G is the multichannel video program distributor (MVPD) business. Some wireless operators are considering the use of 5G as a “last meter” (or “last tens-of-meters”) delivery method for IP-based service bundles to the customer without stringing cable into the home.

5G’s wideband, wireless connection from the antenna on the street pole to the homes on the block (or to the multiple units of an apartment building) is an appealing and potentially cost-effective alternative to traditional hard-wired fiber or coax – or even small-dish satellite – delivery of television and/or broadband Internet service to residential customers. So some 5G effects may be felt by traditional fixed (i.e., wired) rather than mobile operations. Or, put another way, 5G offers wireless operators new ways to compete with traditional wired telecom businesses.

Nevertheless, the net result of 5G’s impact on existing media businesses may be ultimately beneficial, as traditional operators find ways to use 5G services to improve operations. For example, content creators will benefit from enhanced connectivity for live backhaul of content from remote sites, while weather forecasters and other data-collectors can deploy massive numbers of sensors using IoT devices for accelerating their services.

Crowd sourcing of content or audience interaction also could be boosted by the increased capacity and speed of 5G. Yet another possibility is convergence with the similarly IP-based ATSC 3.0 system soon expected to be deployed by television broadcasters, by which broadcast transmission and wireless broadband service can be used together and simultaneously to provide rich and responsive media experiences to tomorrow’s audiences.

Yes, there’s a lot to like – and some to worry – about 5G among media businesses. The best advice now is to avoid the hype and continue to study the real prospects for the technology, to learn how it can best work with, or against, your existing services.

Most of us have already experienced transitions between generations of modern mobile telephony. It seems almost miraculous how the world of cellular phones has evolved so quickly over the mere four decades in which it has existed. But there’s no magic to the evolution – just good standards and practices by the industry.

There are international standards bodies that continually work to allow wireless services to develop at a relatively fast pace. Among them is the International Telecommunications Union, a part of the United Nations that manages and resolves the use of different telecommunications methods used in different countries and regions. Another is the 3rd Generation Partnership Project (3GPP), which develops international standards for interoperable mobile broadband software and hardware.

3GPP has developed an approach called long-term evolution, which expects new releases of backward-compatible mobile telephony standards to be issued on a regular basis. This means that wireless network operators can support multiple generations of consumer equipment simultaneously over periods of time.

For example, when the industry moved from 3G to 4G, there was no mystical night during which everyone’s phones upgraded. People’s older phones continued to work like they used to, even as new technology was deployed by carriers. At the same time, customers who purchased new phones could enjoy the benefits of the latest services.

And of course, the Internet – to which wireless phones allow mobile connectivity – also evolves in an elegant fashion, as managed by the standards of the Internet Engineering Task Force and the World Wide Web Consortium.

Ideally, customers never notice these evolutions, since their old phones continue to work until they replace them with new phones, which then work better. What customers don’t recognize is that their new phones may be connecting to a different network than their old phones did, even though they are still using the same wireless provider’s services. This quiet evolution is designed to theoretically continue indefinitely.

By Skip Pizzi|October 15, 2019|Blog|Comments Off on Mobile Moves Ahead