NAB Committees Focus on the Technologies that Drive Broadcasting

NAB’s Technology department is always busy with the work of the association, whether it be helping to plan the next NAB technical conference or webcast or working to develop new technical standards and recommendations focused on broadcast and digital delivery of radio and television content. NAB member companies get involved in this work, too, and one of the most meaningful ways they do this is by participating in NAB’s technology committees. 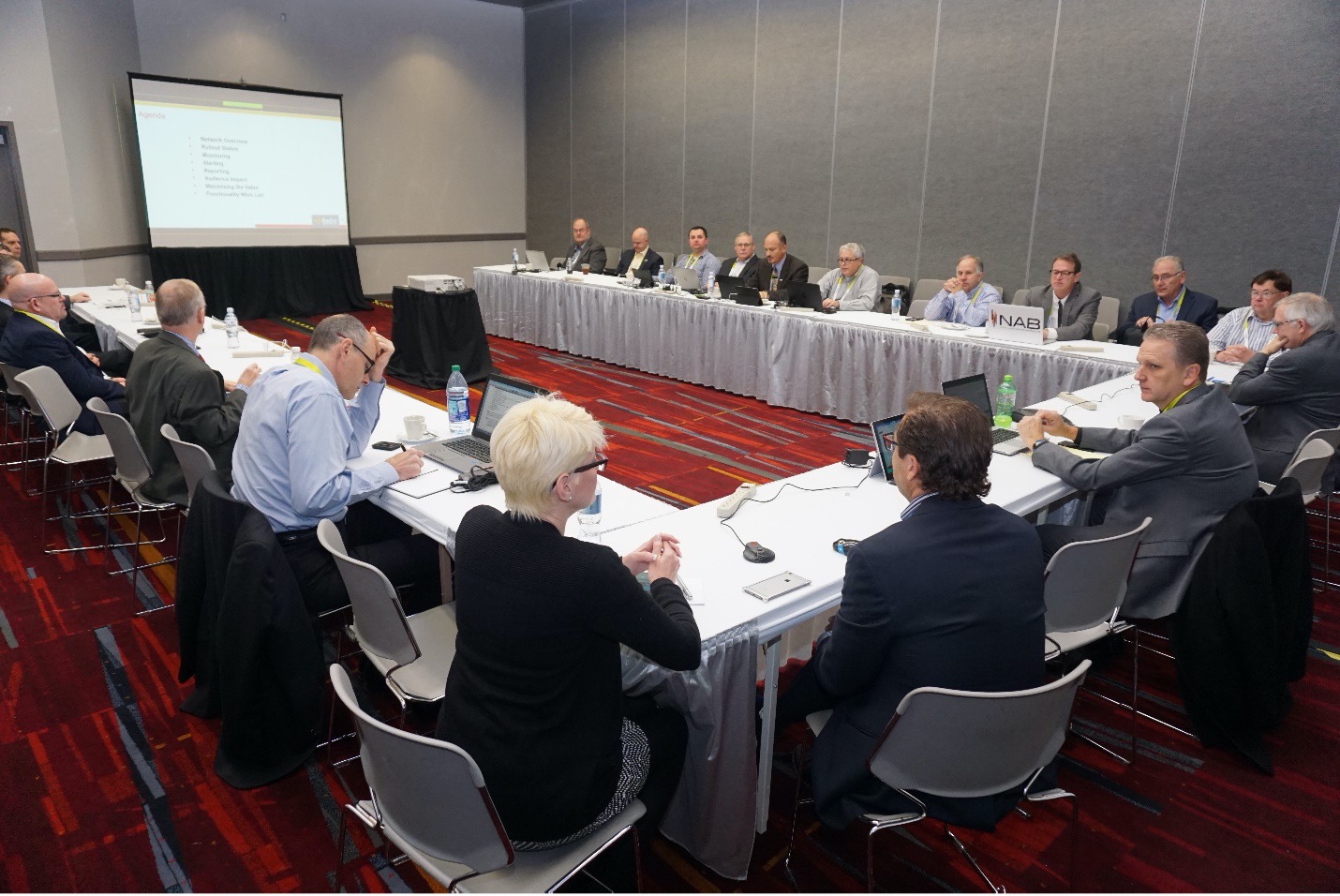 Currently, NAB has four technology committees: TV technology, radio technology, cybersecurity and the digital officer committee. NAB technology committees provide guidance and recommendations to the NAB staff and board on matters relating to current and emerging broadcast media communications, issues, policies and technologies. NAB member companies (broadcast licensees and networks) are eligible to participate and typically send as representatives chief engineers, engineering vice presidents, digital executives and, in some cases, broadcast engineering consultants tasked to represent them on a committee.
Here’s a little more information on each:

There are a lot of changes taking place in audio distribution technology and the NABRTC is helping to shape that change. One of the current committee initiatives is focused on next-generation radio broadcast architecture. This initiative has been instrumental in bringing Nielsen’s Audio Software Encoder (a software implementation of a Portable People Meter encoder) to market and has been involved in development of hardware which supports proper delivery of emergency alert system messages over HD Radio multicast channels.

Engineering principals for TV stations, groups and networks participate in the NAB TV Technology Committee, which meets approximately eight times a year. Topics discussed regularly include the Next Gen TV standardization process, status reports from the NAB Next Generation Broadcast Platform Task Force (which meets separately on a biweekly basis), broadcast spectrum issues and other timely technical and regulatory items.

This committee serves as an advisory board to NAB’s Technology team to ensure that NAB is properly focused on emerging digital and online businesses, issues, policies and technologies. The committee is comprised of leaders in the online and new media departments of broadcast companies across the U.S. The group focuses on topics of interest to broadcasters relating to the digital elements of their businesses such as web design, mobile application development, social media management, streaming solutions and advertising technology.

By PILOT|February 7, 2022|Blog|Comments Off on NAB Committees Focus on the Technologies that Drive Broadcasting