The NAB Show doesn’t officially open until Monday, but that doesn’t stop the techies. The BEITC kicked off today with the popular Engage! sessions, NAB tech leaders spoke to Technology Apprenticeship Program (TAP) and the Global UHD Conference promoted the adoption of the new format.

I can’t think of a more appropriate way to celebrate than a dancing robot, which thanks to Nikon, we have:

If someone can find me another robotic arm then we got ourselves a serious rock, paper, scissors matchup @mrmoco1 @NikonUSA #NABShow2018 pic.twitter.com/IPV3GnnQuE 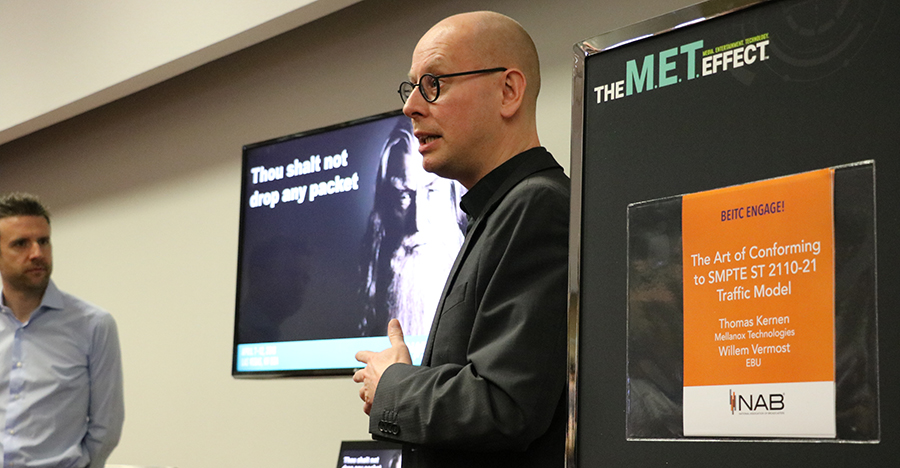 “Thou shalt not drop any packets.” Willem Vermost from the EBU explains the art of conforming to the SMPTE ST 2110-21 traffic model in his BEITC Engage! engage 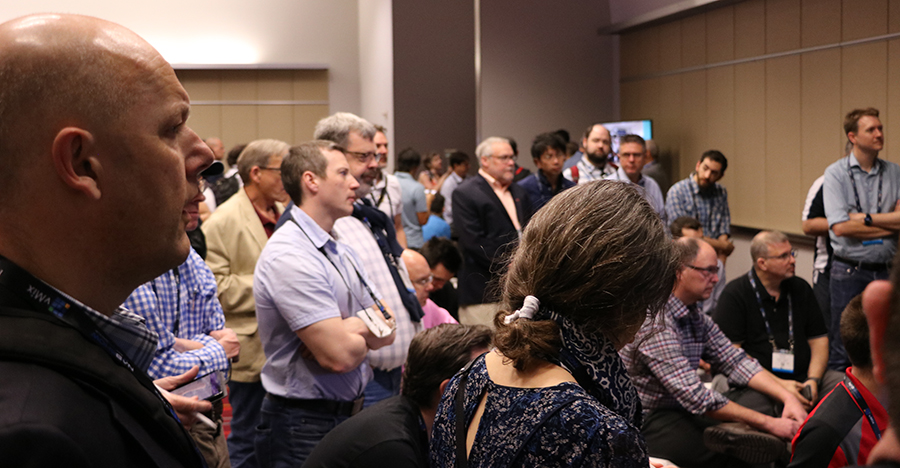 BEITC Engage! crowd gathers to here the BBC’s Mark Patrick talk about the large scale implementation of SMPTE 2110 and AES67 in their new Cardiff studios.

The Global UHD Conference seeks to advance the adoption of Ultra High Definition TV, a topic of particular interest to broadcasters as the Next Gen TV standard supports the format. 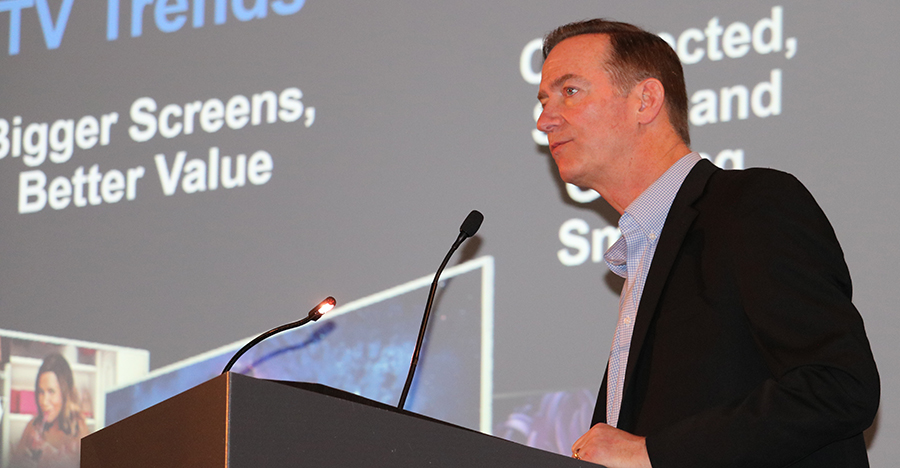 The NAB Technology Apprenticeship Program (TAP) is made up of recent college graduates with an interest in broadcast technology. The program gives students a one-of-a-kind educational experience through paid, hands-on training at a radio or TV station and exposure to the latest technology and advances in the industry. Today, NAB CTO Sam Matheny and PILOT Executive Director John Clark, spoke to the TAP students about PILOT, the current state of technology and future opportunities. 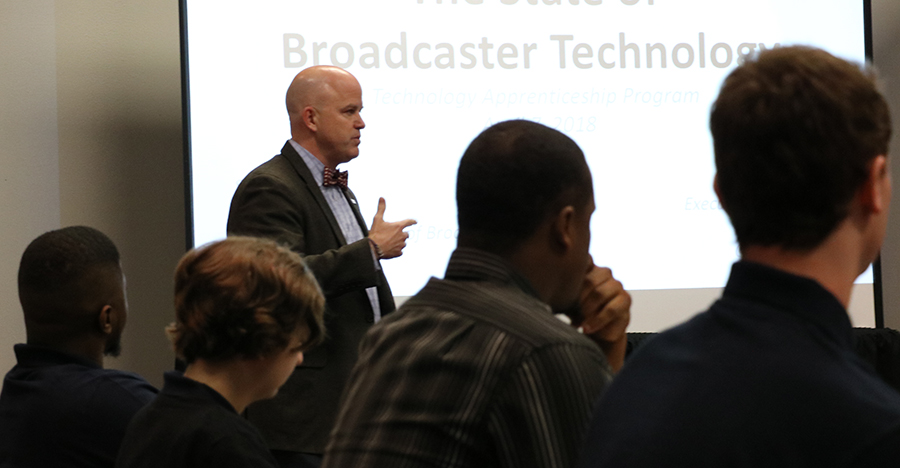