FM translators have been a source of growth for the radio broadcast industry in recent years. Regulatory efforts such as AM revitalization, and the expanded use of HD Radio multicast channels as an audio source for translators, have introduced new uses for translators and have greatly increased their numbers.

Most FM translators broadcast the RDS digital subcarrier, which is used by FM stations to deliver “metadata” such as program format, station logo and/or web address, and song title and artist information to modern FM receiver displays (especially automotive receivers). The use of RDS on FM translators is encouraged, especially since so many vehicles now display RDS metadata when tuned to an FM radio station. 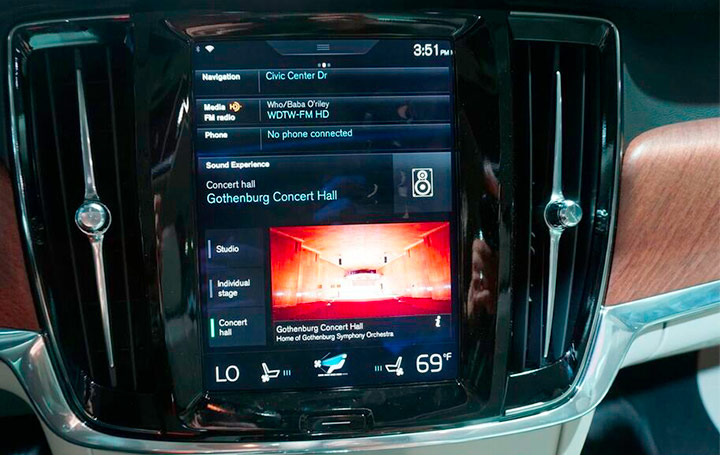 One of the most important types of metadata transmitted by RDS subcarrier is the PI code. The PI code is not displayed to consumers but it is used internally by the receiver to uniquely identify the audio program being broadcast by the FM station. In the US, the PI code has historically been derived from a radio station’s call sign, however, when FM translators are involved there is a problem.

To resolve this problem, the NRSC’s RDS Usage Working Group (RUWG) developed a new algorithm just for FM translators, which can assign a unique PI code to each FM translator in the US. This algorithm has been implemented using a web-based tool and a list of PI codes for all FM translators in the US is now available at http://picodes.nrscstandards.org/. FM translator operators are encouraged to visit this web page and obtain (and use!) the PI code which has been calculated for their translator (or translators).

In the vast majority of cases, these new FM translator PI codes should be used by translator operators, this is very important to help prevent PI code-related receiver issues (such as unintentional re-tuning) which can occur when stations use the wrong PI code. The principal reason why a translator would not use one of the PI codes from the NRSC’s FM translator PI code list is if that translator is being fed by the main channel audio signal of a full-power FM station and is simulcasting that signal (the “traditional” application for translators). In this exceptional case, the translator should use the PI code for the full-power station it is being fed by, calculated from that full-power station’s four-letter call sign.

Cross-service FM translators (that is, FM translators that are re-broadcasting an AM station’s signal) and FM translators being fed by an HD Radio multicast channel should most definitely make use of the PI codes provided on the NRSC FM Translator PI code web page. Here is a screen shot of the web page: 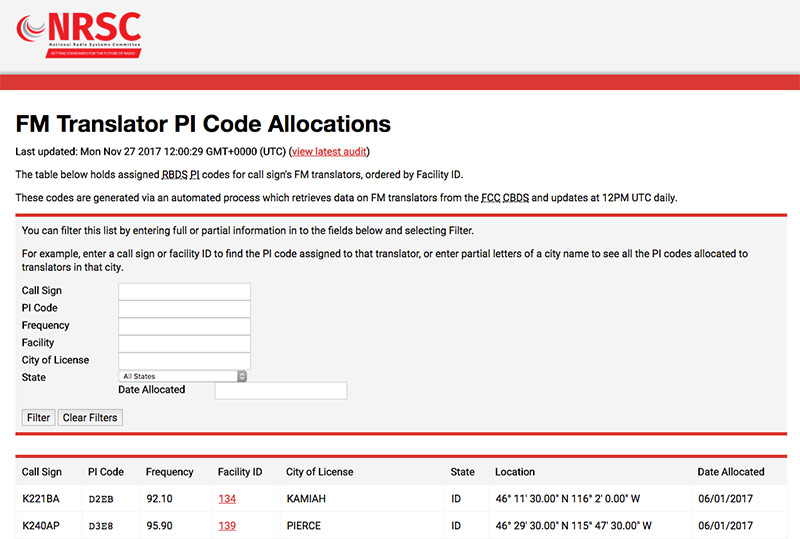 Some comments on the web page:

In a future blog post some additional information on the algorithm used to calculate the FM translator PI codes will be discussed. Please contact David Layer at NAB if you have any questions or comments on the PI code web page.