Numerous Firsts for Next Generation TV at the 2016 NAB Show

At the 2016 NAB Show, the development of Next Generation Television (also known as the ATSC 3.0 Standard) hit some historic milestones, thanks to the efforts of ATSC, NAB and the Consumer Technology Association (CTA). One focal point of activity was NAB PILOT’s Futures Park, which included the “ATSC 3.0 Broadcast Pavilion,” a set of 10 booths occupied by about 15 ATSC member organizations (and the ATSC itself), presenting early implementations of professional equipment that will be used to originate Next Generation Television broadcasts, along with other supportive information about the emerging standard.

(Click to Enlarge)
This diagram was shown in the ATSC 3.0 Broadcast Pavilion at the 2016 NAB Show. It uses color coding to indicate which broadcast ecosystem components of the current DTV system can be retained when moving to next-gen, which ones may need upgrading, and where new equipment will be required.

Also in Futures Park was the ATSC 3.0 Studio. The Studio was the origination site for broadcast of the first live, end-to-end ATSC 3.0 transmission in the U.S.

A small master control area alongside the shooting stage switched the video (both 1080i and 2160p formats were demonstrated) and audio signals to a Harmonic HEVC encoder and Triveni ATSC 3.0 IP processing equipment at one of the Broadcast Pavilion booths, then routed the signal to a microwave studio-to-transmitter link (STL) operating on a licensed 18 GHz channel mounted on the roof of the Convention Center’s South Hall. This STL sent the ATSC 3.0 signal to the broadcast transmitter facility atop Black Mountain, some 15 miles away. 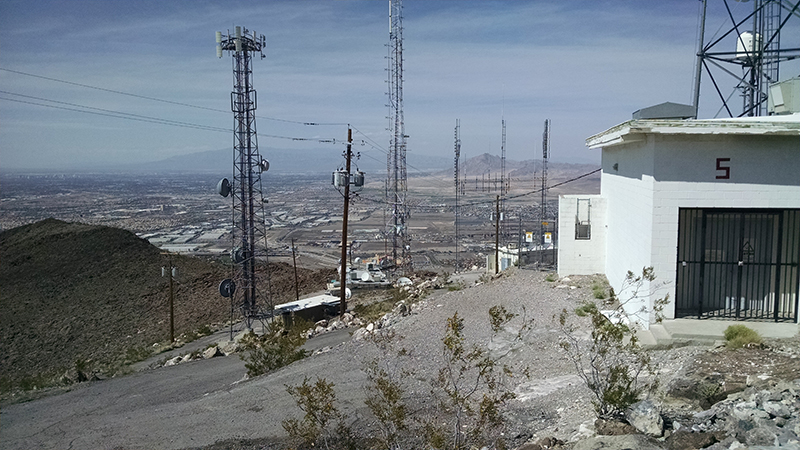 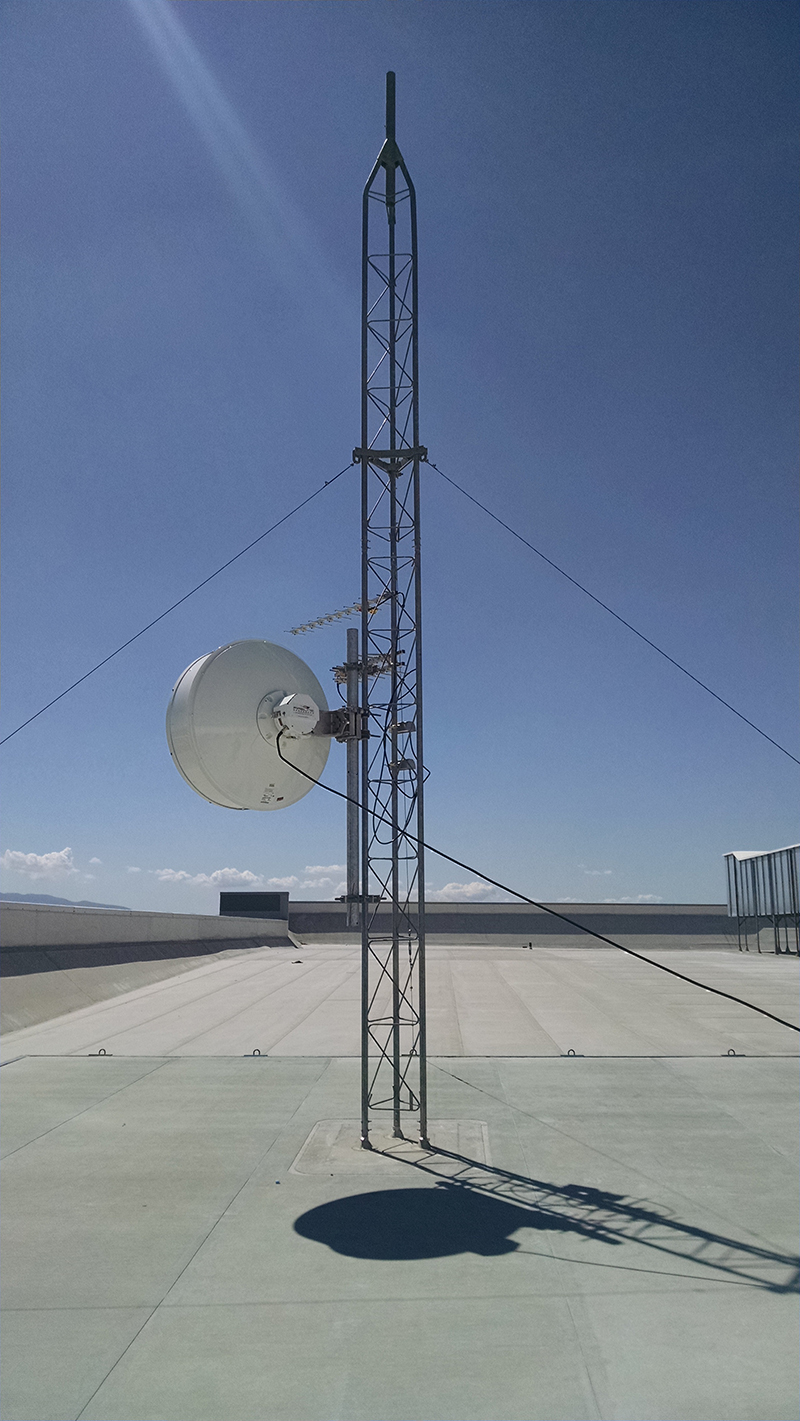 Roof of the LVCC with microwave STL 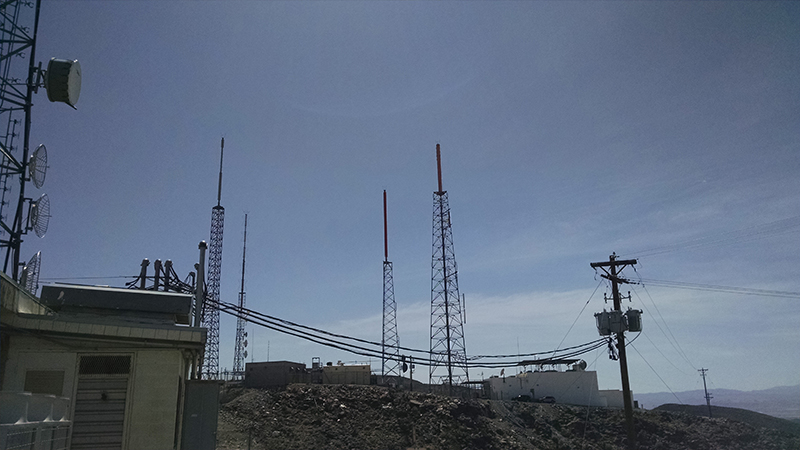 There the signal was fed to an ATSC 3.0 exciter from TeamCast and broadcast under a Special Temporary Authority license from the FCC over KLSV-LD, a Las Vegas low-power digital TV station on Channel 50. The ATSC 3.0 signal was then received off-air back at the Convention Center, where it could be viewed on prototype integrated Next Generation Ultra-HD Television sets provided by LG at the ATSC 3.0 Studio and in the west lobby of the South Upper Hall, at another special exhibit area, the “ATSC 3.0 Consumer Experience,” co-sponsored by ATSC, CTA and NAB.

Other demonstrations at the ATSC 3.0 Consumer Experience were featured in a simulated home environment showing a variety of prospective Next Generation TV services and features, such as new receiving devices for next-generation television broadcasts, ATSC 3.0 “gateway” receivers to feed existing tablets and mobile devices with Wi-Fi signals, Ultra HD video, captivating next-generation TV audio demonstrations featuring immersive and personalizable audio, and examples of how Next Generation TV’s advanced emergency alerting will deliver more information to viewers during times of crisis. In addition to reception of the live ATSC 3.0 transmission originating from Futures Park, there were presentations of how broadcasters can use ATSC 3.0 to send video-on-demand for storage and later playback, plus examples of targeted advertising made possible by the Internet Protocol backbone of the standard.

Press event for the opening of the ATSC 3.0 Consumer Experience

At PILOT’s booth in Futures Park we demonstrated our prototype Home Gateways that feature the first implementation of the ATSC 3.0 interactive runtime environment we’ve developed. We used this to demonstrate some of the services enabled by the ATSC 3.0 standard, such as multi-view live TV programs, zoned targeted advertising, interactivity, on-demand news content, premium content pre-positioned via non-realtime service and geo-targeted emergency alerting.

The 2016 NAB Show may long be remembered as the debut of actual live, over-the-air ATSC 3.0 service, as a result of the cooperation of numerous organizations and companies.

The logo wall at the ATSC 3.0 Consumer Experience at the 2016 NAB Show