Optimism for 2022 NAB Show Because of People, Connections, Community

I want to thank everyone who has been so supportive of NAB Show and understanding of the difficult decision we made to cancel it again this year. There was genuine excitement expressed by so many in our community about getting back together in person. Indeed, I too was excited! Pardon the Vegas pun, but it just wasn’t in the cards. 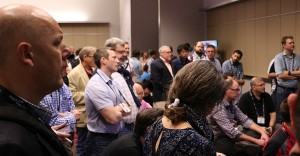 As we in the Technology department were discussing the decision, I rediscovered that NAB Show is really about people, connections and community. While we have lots of great technology on the show floor, and our broadcast engineering and information technology conference presents the latest and greatest scientific thinking and papers, it is really the people you meet and network with who make NAB Show so special. Through our conversation I found great optimism for NAB Show next April and I thought it worth sharing. Below are some excerpts from our team about what has been missing the past couple of years and what has us pumped up for April 23-27, 2022.

The PILOT Dinner has become a tradition since we hosted the first one in 2016, and that’s what I’ll miss this October and look most forward to in April. Sharing a table (a big, long table in the back room of Piero’s) with the new and old friends from the NAB digital officers committee and our PILOT members is always a fun time filled with laughter, good food and fellowship – and, of course, answers to our “what was your first or most memorable…” question. I’m also longing for April and the serendipity that NAB Show provides. In all my years attending NAB Show in many different capacities, I’ve always appreciated the fact that I’d learn something, see something or meet someone new during my time in Vegas that made the trip worth it. 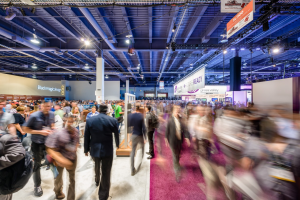 NAB Show is a long and tiring week—anyone who says different isn’t doing it right. I was looking forward to ultimately being exhausted by the rhythm of the industry beating its chest in Las Vegas with technical presentations, new product introductions and technology demonstrations. It’s a week of too many meetings, the constant hurry of planned and unplanned networking events, seeing old and new friends, good and bad food and never enough water to stay fully hydrated. But I’ll miss the adrenaline rush, the overall spectacle of the Show and the ample display of the media industry’s pride and strength. NAB Show annually shines a bright spotlight, however briefly, on all things broadcasting, and the loss of that opportunity this year is, however unavoidable and socially responsible, a darn shame. That being said, though, all of the above cherished activities will take place almost exactly seven months from now at the 2022 NAB Show and since absence makes the heart grow fonder, April 2022 just can’t come soon enough! 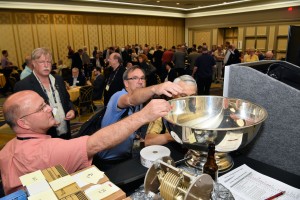 It’s hard to see many aspects of social life resuming around us yet still no NAB Show, but understandable at the same time. As disappointing as it was to cancel, I am glad we gave it a go and appreciate that the NAB Show community supported both our original decision to move forward as well as the decision to cancel. This chain of events only adds to the anticipation of our April 2022 event, and it will be here in no time. All the catching up with old friends and industry networking that are the hallmark of NAB Shows is out there waiting for us. I hope to see you there, especially when we hold our annual amateur radio operators reception! 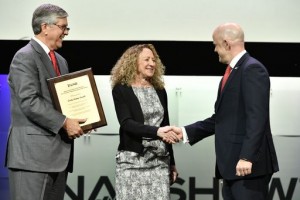 From an official Show perspective, I’m really looking forward to honoring our Engineering Achievement and Digital Leadership Award winners in person and on stage! This is always a real highlight for me, and something I genuinely enjoy doing. And of course, after hours, I enjoy toasting, roasting and problem solving with engineering and technology leaders in our semi-secret society, The Order of the Nine Fine. You know who you are, and I can’t wait to see you at NYNY.

I was hoping to introduce the ATSC 3.0 based positioning, navigation and timing (PNT) use cases to the TV broadcasters. NAB had encouraged ETRI and MBC to submit a BEITC paper on real-time kinematics (RTK) GPS enhancement applications in the U.S. Moreover, NAB staff had written a paper on ATSC 3.0 based broadcast positioning systems (BPS) that could be useful for resilient PNT applications when GPS is spoofed or unavailable. RTK and resilient PNT seem to be potential opportunities for TV broadcasters, and we look forward to presenting those ideas and demos to the broadcasters in April.

Everyone was certain that COVID-19 would have retreated to its bat cave by the end of summer, and it would be safe to view the dancing waters of the Bellagio fountains by October. Einstein once said that God does not play dice, but NAB does, and sometimes the dice come up snake eyes.

It’s been two and a half years since the last NAB Show and I was looking forward to seeing friends and industry associates from around the world who I now only see at the Show. My Rockport walkers were all tuned up to trek the aisles of the exhibit halls in search of swag, and a box of five hour energy drinks was waiting to be packed along with my test-pattern ties. The October show was to be the kickoff of the ATSC 3.0 Roadshow, and with a couple years of Next Gen TV field experience under our collective belts I was looking forward to hearing some practical experiences from the pioneering stations. I’d co-authored a paper on a broadcast positioning system and was looking forward to stumbling over challenging questions.

The good news is that the 2022 NAB Show is just six months away. The probability of rolling snake eyes twice in a row is about 5%, and I am optimistic that the trefoil of vaccinations and the recognition that they are safe and effective for children will conquer the COVID corona. I’m looking forward to the technical papers that will come in, making for a 2022 BEIT chock full of new ideas. 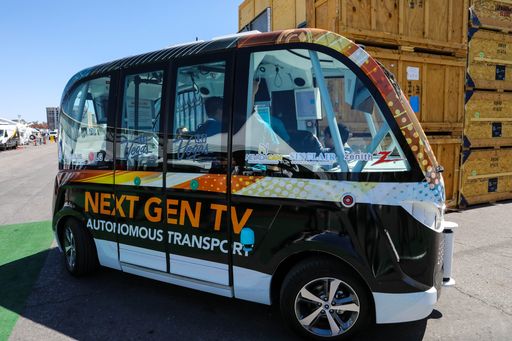 What I miss most about not going to NAB show is, of course, the people, old friends and colleagues and the occasional random person who just shows up to walk the floor. At NAB Show 2022, I very much look forward to staging the next demonstration of innovative broadcast technology – something no one has seen before  – along with networking with our members, attending the conferences and checking out all the new toys in the exhibit halls.

By Sam Matheny|September 24, 2021|Blog|Comments Off on Optimism for 2022 NAB Show Because of People, Connections, Community