PILOT was in attendance at CES this year to checkout the latest tech trends and innovations presenting new opportunities to our industry, including 8K screens, e-sports, AI and radio innovations.

Television set manufacturers showed up big at CES, literally, with large, 8K displays, featuring screen resolutions of 7680 by 4320 pixels, four times the number of pixels in 4K sets. Changhong, Hisense, LG, Samsung, Sharp, Skyworth, Sony and TCL, to name a few, all  prominently displayed 8K TVs on the show floor. These are big screen products, up to 98” diagonally (Sony and Samsung), with retail price tags generally hidden but a few price points revealed (for example, a 65” unit from Samsung will cost around $5,000). The first commercial 8K OLED monitor was also shown – an 88” display from LG, with the price not yet announced. 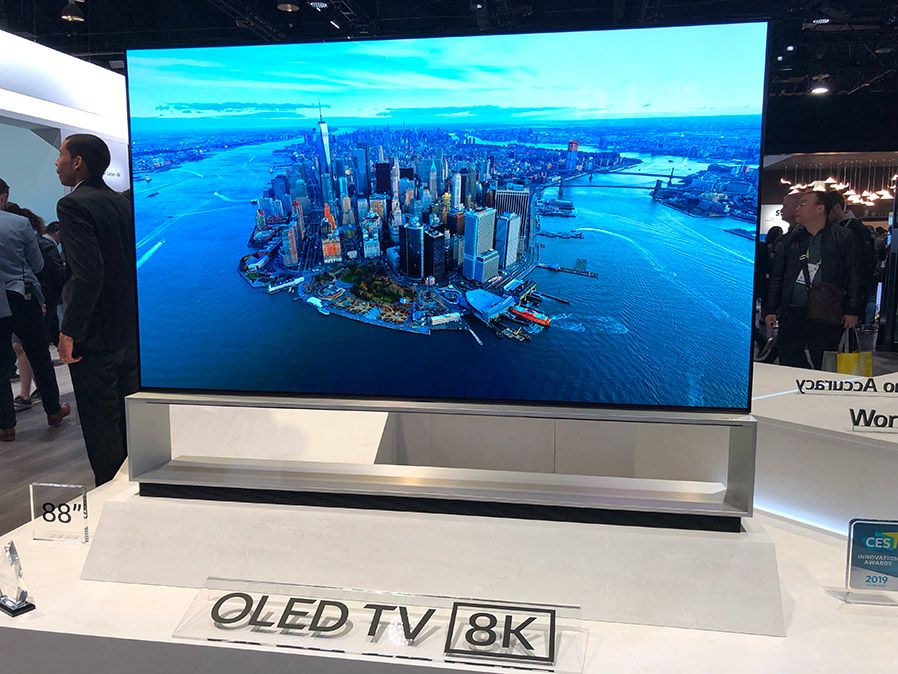 A trade group called the 8K Association was also announced to support the new format. While several manufacturers showed off up-conversion technology to convert HD and 4K signals to 8K, readily available sources for native content to feed these bit-hungry beasts were few and far between. However, NHK in Japan began their satellite-delivered 8K program service called Super Hi-Vision on Dec. 1, 2018, promising a wide range of new content for the format culminating in wide dissemination of the technology expected by the 2020 Tokyo Olympics.

A substantial Sports and E-sports conference track took place at the CES Sports Zone in the Aria. A quick look at the speakers and attendees showed that this sector is considerably more diverse than the average CES conference, both demographically and geographically. The latter is particularly true for E-sports, which inherently occupies a global playing field. The expected changes in the U.S. sports-betting environment was also a hot topic there.

Chipmaker NXP was displaying a radio receiver chip, the Mercury chip, which supports a host of global radio standards including analog AM and FM, DAB+, HD Radio, China Digital Radio (CDR), as well as the RadioDNS lookup standard for hybrid (over-the-air plus broadband) radio services. A receiver manufacturer using this chip has the possibility of building a single design that could support all these standards, a feature that would be particularly attractive to automakers who sell cars globally.

In recent years, CES has become part “auto show,” and there were numerous automakers with large exhibits focused on technologies such as autonomous driving and in-vehicle infotainment. Of particular note for radio broadcasters were two vehicle head units – one in the Samsung booth (developed by tier 1 manufacturer Harman) and one in the Mercedes-Benz booth – that supported user profiles right in the head unit. In a vehicle so equipped, each user has the ability to customize in-vehicle infotainment features as well as the more traditionally supported features like seat and rear-view mirror positions.

Honda had on display for the first time its “Dream Drive” in-vehicle infotainment system, which comes in two flavors:

LG’s industry keynote, delivered by its President and CTO, was all about AI. It appears that the company has embraced AI as its driver for future growth. LG has also mentioned its intent to partner with other AI companies and share knowledge. 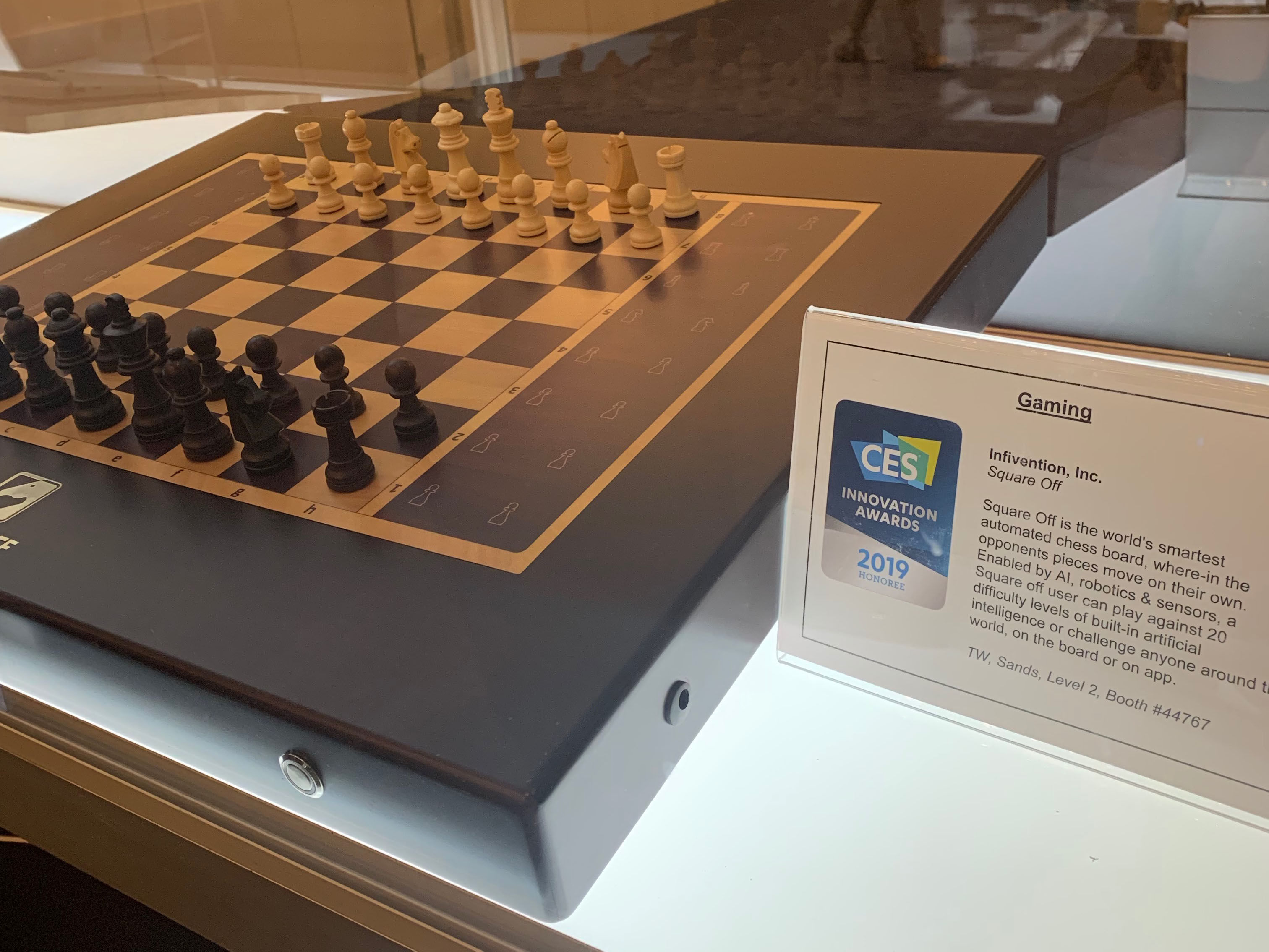 AI/robotic chess board that plays and moves by itself.

Qualcomm and Intel both showed 5G (Rel-15 NR) radios. Qualcomm’s Snapdragon 855 chip is powerful enough to handle some lean AI applications on top of 5G modem functionalities. The company expects to trigger the introduction of many 5G devices this year. Intel showed a 5G software stack that runs on its powerful processor. Intel’s focus seems to be on base stations. It has partnered with Ericsson, Nokia, and T-Mobile, which demonstrated a 5G call on the 600 MHz band.

Many types of IoT (Internet of Things) devices were exhibited. Most had a focus on connectivity within a household or a defined area, but vendors didn’t want to talk much about data privacy or security.

Finally, Sony and Fincons Group each provided a first look at ATSC 3 UI demos in private suites at the Show. These new interfaces both appeared attractive and intuitive to the user, indicating that it was likely the companies were fairly far along in the interfaces’ development, and that they could appear in products soon.