Apps are not just for smartphones. Automobiles support a variety of app platforms as well, and recently PILOT sent a team of software developers to an auto app hackathon, the Ford Make It Driveable Challenge LA, which was hosted during Mobile World Congress Americas, 11-14 September 2018.

At the conclusion of the hackathon, “Team PILOT” was awarded third place (eleven teams in all competed). receiving the award are (from left to right) Phil White, Raphaela Cassandra, Richard Smith (all from PILOT contractor OpenPath Products), and David Layer, VP Advanced Engineering, NAB. 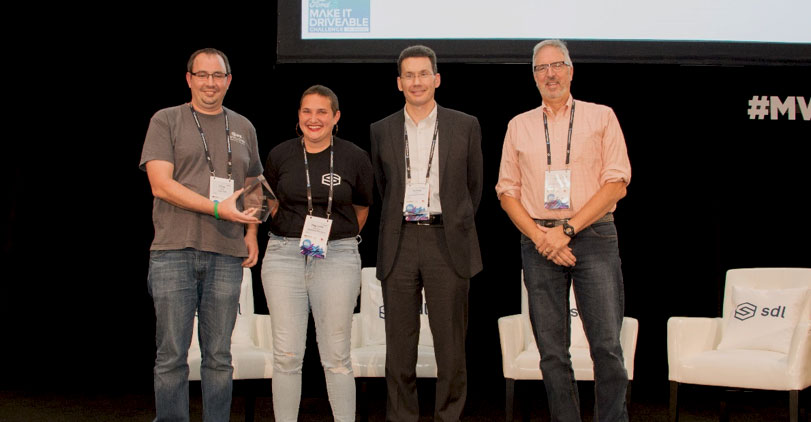 The challenge of this hackathon was to solve a problem that faces vehicle users via a connected in-vehicle application. Over the course of the hackathon, team PILOT produced a hybrid radio application which provided the end-user with an enhanced radio experience by displaying rich-media metadata for live radio on the in-vehicle head unit.

Team PILOT’s Android application (built in Java) was able to connect to the vehicle head unit by use of the SmartDevice Link (SDL) libraries (SDL is the app technology used in Ford vehicles). During the hackathon, in-vehicle performance was simulated through the use of software emulators and Test Development Kit (TDK) hardware platforms (basically the computer hardware of a Ford vehicle). The SDL library allowed the PILOT Radio application to send live updates to the connected head unit. 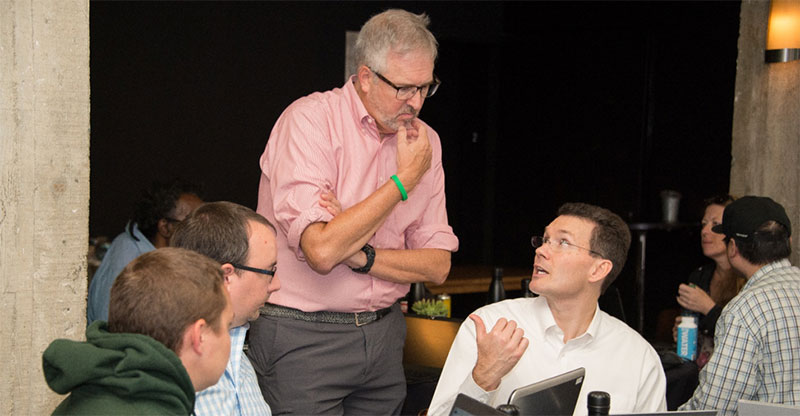 Team PILOT at the hackathon

Xperi, LLC generously provided access to the database created for their proprietary DTS Connected Radio technology. The PILOT Radio application was able to connect to the database via websocket protocol to get the necessary data for populating the in-vehicle head-unit display with album art and metadata for live content. Additionally, the application was able to get the live streaming URLs for available broadcast radio stations. 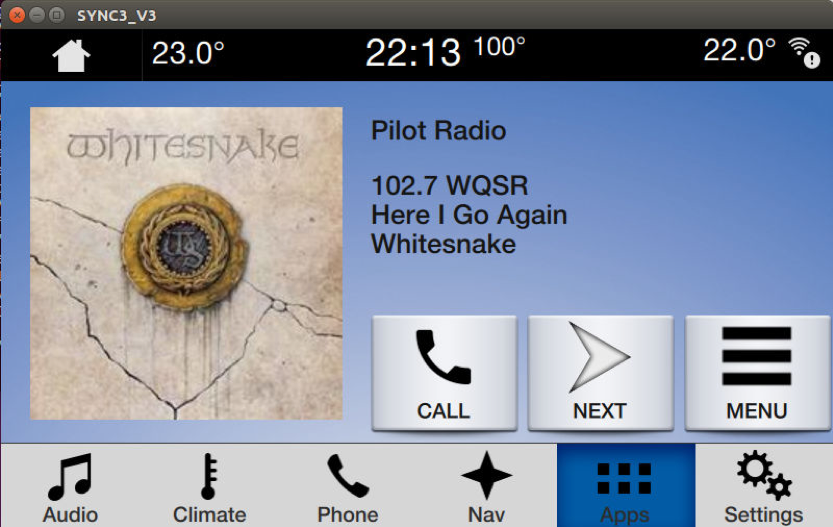 Screenshot of the PILOT Radio application

Due to platform restrictions, the application was not able to the tune the radio in the car during the hackathon. However, all data and streams displayed in the head unit were from live stations that were broadcasting currently and, in this way, demonstrated the application’s possibilities once remote-control tuning capabilities are added to the underlying SDL libraries and core.

PILOT Radio, represents an integrated hybrid radio application that provided the end user with rich-media metadata displayed in their in-vehicle head-unit and aimed to enhance in-vehicle broadcast radio consumption. Additional information about the hackathon is available in the Ford Developer Blog.

The DTS Connected Radio technology utilized by Team PILOT is the same as that provided by Xperi to their automotive and tier 1 suppliers for use in the development of global commercial radio platforms. In addition, Xperi provides this same package of technology to broadcasters for them to evaluate the Connected Radio system operations and functionality.

While the hackathon implementation focused on domestic broadcast services, this same Connected Radio development kit supports all broadcast radio standards (AM/FM, HD Radio and DAB+) and includes content and services from broadcasters around the world. This effort is just one example of how Xperi is working collaboratively with domestic and international broadcasters to ensure that radio remains dominant in the digital dash and prominent in the connected cars of the future.

Thanks to Xperi and OpenPath for contributing to this blog post.