The PILOT Innovation Challenge sought ideas for unconventional ways broadcasters and local media could serve communities. Podium aims to filter out spam questions in social media Q&As and make sure the questions most important to the community get attention, and took second place.

A growing number of politicians and celebrities have turned to social media to reach audiences directly. Whether it is Cardi B promoting a tour or Congress people going live from their kitchens, the goal is to reach and interact with their audience. 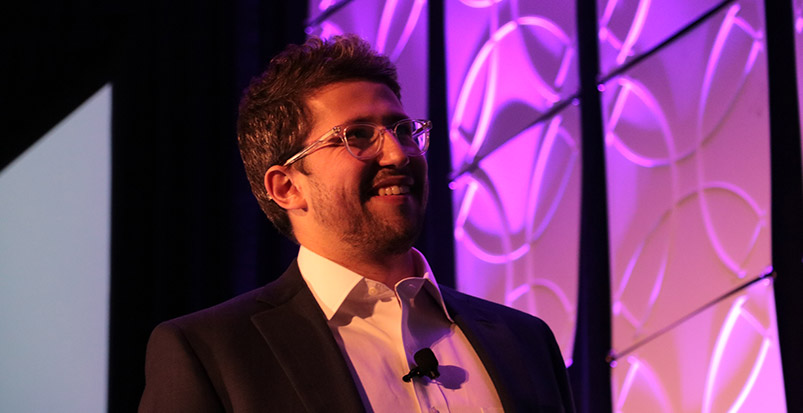 The problem is a lot of this gets clouded with spam, meaningless or irrelevant comments. Tufts University undergraduates Daniel Lewis and Covie Goh co-founded Podium to target the technique and filter the commenting process to allow only the best questions to come through.

“It came about as a way to fill that need of a direct avenue of engagement,” Daniel said. “I was trying to find the sweet spot in the middle where people could actually get the answers to the questions their community sees as important.”

The idea sprung from an organization at Tufts that runs civil dialogue discussions. As a head of the organization, Daniel found that what works the best is to put faces to both those asking the questions and those giving the answers.

“We have been trying to find the best way to facilitate that face to face interaction between lots and lots of people online,” Daniel said. “There isn’t, as of yet, an avenue for that to occur.”


Users submit 10- to 15-second long video questions to put into a pool of questions a week ahead of the event. Users are able to then view those questions and vote whether they like them or not.

“We pick the top 10 video questions and bring in the interviewee. The interviewee records their response,” Covie said. “User can not only submit questions but vote on the questions they want to see answered, so even if someone is not comfortable asking questions they can still have their say.”

Podium enables a community to not just consume news, but create it. It engages local communities by empowering people to ask the meaningful questions they want to hear and get answers to them.

“There are some benefits to being able to hide anonymously online, but there are a lot of downfalls. A lot of the issues with media and social media are partially because of that,” Daniel said. “People want a mode of media that has two things. One is that it makes a difference when someone is speaking directly to you rather than through someone. And two, people want a way to express their owns concerns. Podium provides an avenue for both of those.”