Radio Woodstock Turns to Listeners to Maintain Its Independence

Adding listener support to its revenue stream has enabled WDST to shorten commercial breaks and maintain its eclectic format. 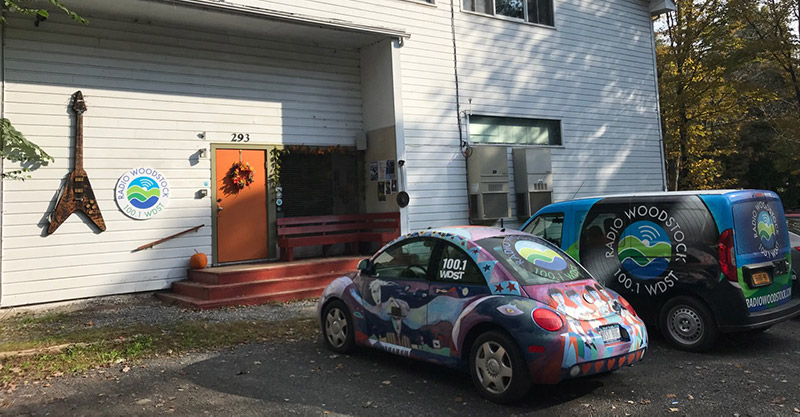 At a time of consolidation and revenue challenges in the radio industry, New York State’s Radio Woodstock is turning to its listeners to help the station maintain the independence and freedom on which was founded.

For the last two years, Radio Woodstock, formally WDST in Woodstock, N.Y., has operated under a hybrid business model that includes commercial advertising, albeit in smaller doses and listener donations raised through twice-yearly fundraising drives. It’s one of the only commercial FM stations that raises money directly from its listeners. Radio Woodstock also produces concerts around the Hudson Valley.

Currently, listener support accounts for 5 percent of Radio Woodstock’s revenue, although the goal is to grow it to 10 percent over the long-haul. As a result, WDST has been able to cut commercial breaks to just two-and-half minutes long, drop advertisers that don’t fit with the station’s values and be a relatively freewheeling operation in a very Woodstock sort of way.

“The simple message is that we are an independent radio station in a corporate environment and we have to zig when everybody zags,” said Gary Chetkof, who has owned the adult alternative station for 25 years. Additionally, the model reinforces the bond Radio Woodstock has with its listeners by fostering engagement and community while rallying support for the station’s independent operation and eclectic musical format, he said.

“We are a quasi-public radio station in that we have our bond with our audience [through] unique programming,” Chetkof said. He noted that Radio Woodstock is embodying and leveraging its values around themes like unity, progress and social change to makes this particular initiative work.

“We call it peace, love and rock and roll, but it’s the Woodstock ideas that are still relevant today, now more than ever,” he said.