NAB’s Skip Pizzi was awarded the Bernard J. Lechner Outstanding Contributor Award by the Advanced Television Systems Committee (ATSC) during the 2017 Next Gen TV Conference in Washington, DC., on May 17.

“Skip is an outstanding leader,” said ATSC President Mark Richer, “whose remarkable technical and management skills; enthusiasm and commitment has helped to facilitate the rapid development of the next generation television standard.” 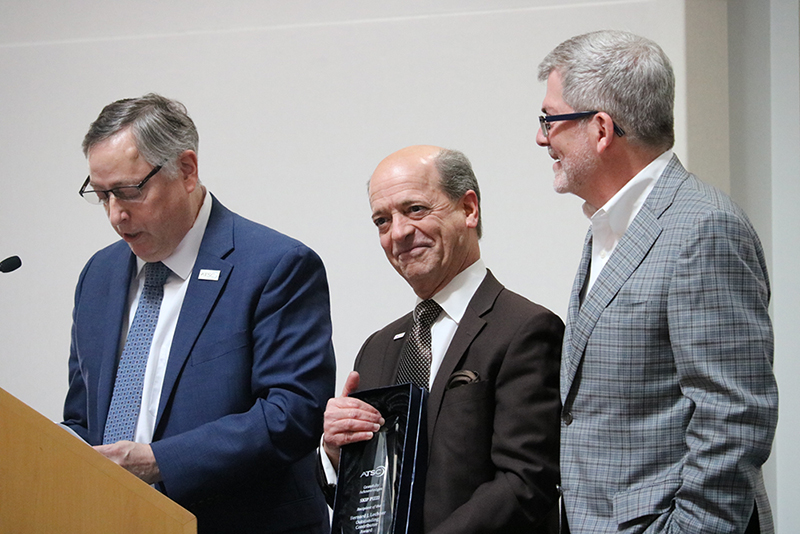 The Lechner Award is presented annually to an ATSC member whose technical and leadership contributions to the ATSC have been invaluable and exemplary.

So proud to see @skippizzi be recognized for his excellent work with #NextGenTV by @atsc_updates!!! https://t.co/7EO6vbwGiS

Congrats @skippizzi – couldn't go to a more deserving guy! Glad I could be there to witness it! https://t.co/SZexURX03O

“To even be in the same zip codes with the [former winners] is honor enough,” said Skip, “and now, to be on that list is just a shock, but a real humbling honor.” 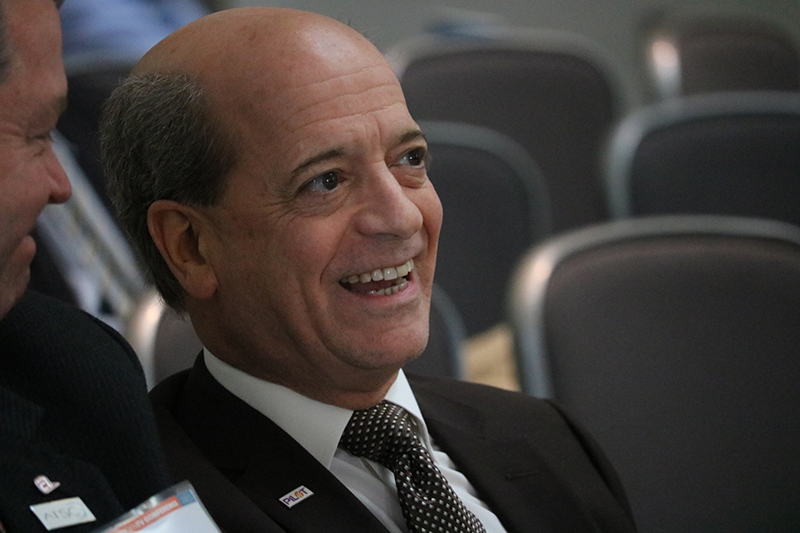 Skip serves as Vice-Chair of the ATSC Technology Group 3 (TG3), which is developing the ATSC 3.0 standard. He is also Chair of the S31 Specialist Group on ATSC 3.0 System Requirements, and the Audio Testing Coordinator for ATSC 3.0. 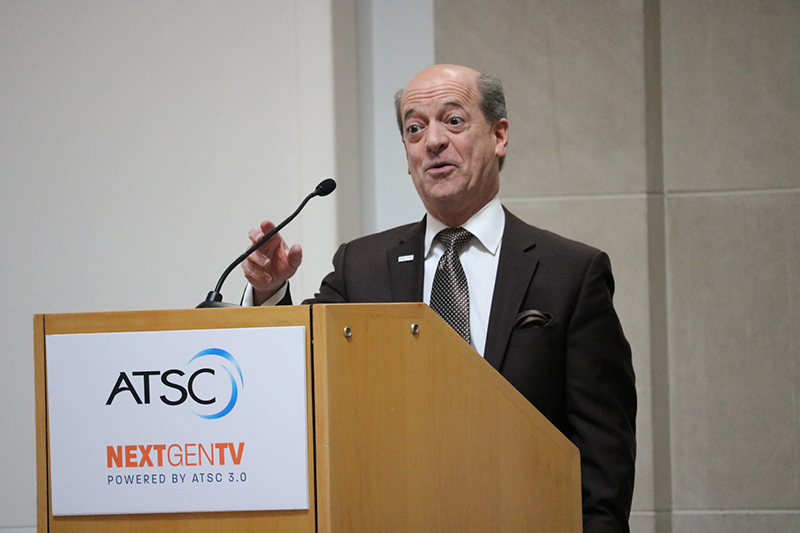 Skip addressing the crowd at the 2017 ATSC Conference

Skip’s career spans broadcast and new media industries. He spent 11 years in various posts at Microsoft and served as technology manager and engineer at NPR for 13 years. He was also an editor at Broadcast Engineering magazine.

Skip joined NAB in 2010, and is the Vice President of Technology Education and Outreach.