It was a pleasure on Thursday of last week to have NAB headquarters serve as the host location for Ajit Pai’s first public face-to-face encounter with radio broadcasters after officially taking the reins as the new Chairman of the FCC. And it was all the more fitting that it was in the context of the Future of Radio and Audio Symposium, a one-day event sponsored by the North American Broadcasters Association, a non-profit association of broadcasting organizations in Canada, United States and Mexico committed to advancing the interests of broadcasters locally and internationally. 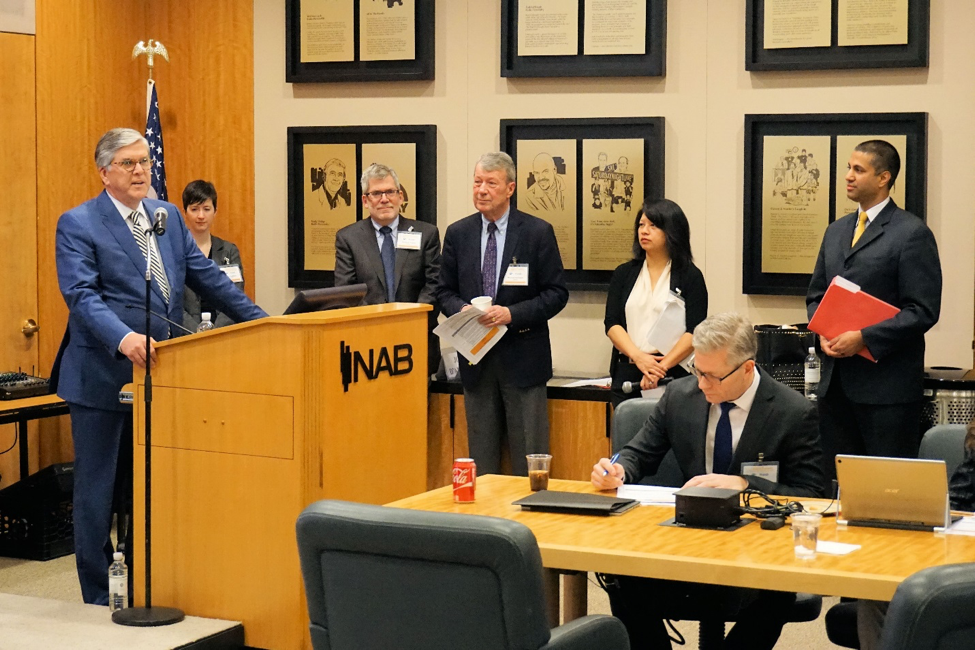 The day’s sessions covered a wide gamut of issues and topics that affect radio broadcasting, such as HD Radio, FM radio functionality in smartphones, the automotive digital dashboard, podcasting, monetization strategies and the role of radio in the future. But it was the opening keynote from the FCC Chairman that really set the tone, and it was a refreshingly positive one. Here’s a quote from near the beginning:

“So what’s behind radio’s enduring appeal?  Why does radio continue to matter so much today?  One of the best explanations I’ve heard comes from an unlikely place: Silicon Valley.  A few years ago, legendary venture capitalist John Doerr suggested that the future of digital media is being defined by the convergence of three forces: social, local, and mobile.  He argued that whoever can harness these three forces would be best positioned to succeed in the digital future.  Now, when you think about social . . . local . . . mobile, that’s radio!”

The Chairman even went beyond just the three forces of social, local and mobile in extolling the enduring qualities of radio broadcasting: 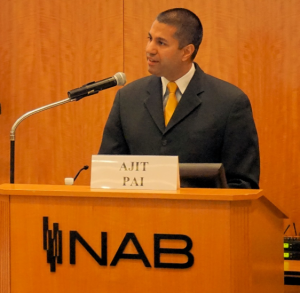 “I’d also like to highlight a fourth fundamental strength: radio is vital.  When disaster strikes, often knocking out cell networks and Internet service, over-the-air radio is a lifeline, providing the latest weather forecasts or directions on where to seek shelter or relief assistance.  After hurricanes or tornadoes or fires or floods, time and again, we see an exponential surge in radio audiences.”

He then made some substantial comments about issues such as AM revitalization, NextRadio, FM chips in smartphones and other subjects. The Chairman’s remarks are all worth reading and thinking about. But regardless of whether you agree with his positions on all the issues, there was no mistaking the positive tone and his personal enthusiasm for radio broadcasting to continue succeeding in the media landscape was loud and clear:

“When it comes to fighting for a vibrant broadcasting industry, I take a back seat to no one at the FCC.  I think Senator Smith and others in the room who have worked with me during my time at the Commission will back me up on that.  Under my Chairmanship, radio won’t be neglected.  I will work aggressively to cut unnecessary red tape, modernize our rules, and give you more flexibility to serve your audiences.  Our regulations should reflect the marketplace of today, not the marketplace as it existed 30 or 40 years ago.”

By Lynn Claudy|February 21, 2017|Blog, Radio|Comments Off on The FCC Chairman’s Committed Enthusiasm for Radio Broadcasting