The Future of Radio: A Visit to Detroit

PILOT and NAB have been working with members to strengthen the relationship between the broadcast and automotive industries. In early June, during TU-Automotive (an annual auto industry trade show held just outside of Detroit), NAB co-hosted a workshop with the GENIVI Alliance to bring together radio executives and representatives from automotive OEMs and Tier 1s to have an open dialogue around radio and the car. Over 50 executives shared their views on the state of the radio-automotive industry dynamics and the future of both radio and automotive experiences. 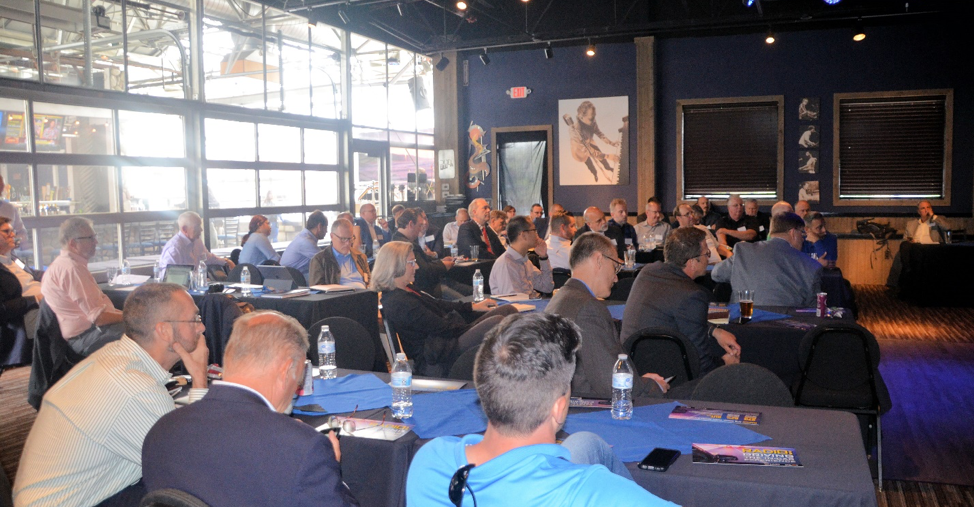 Over 50 automotive and radio executives gathered at the Michigan Brewing Company for the GENIVI – NAB “A Fresh Look: Future of Radio and Cars Workshop.” 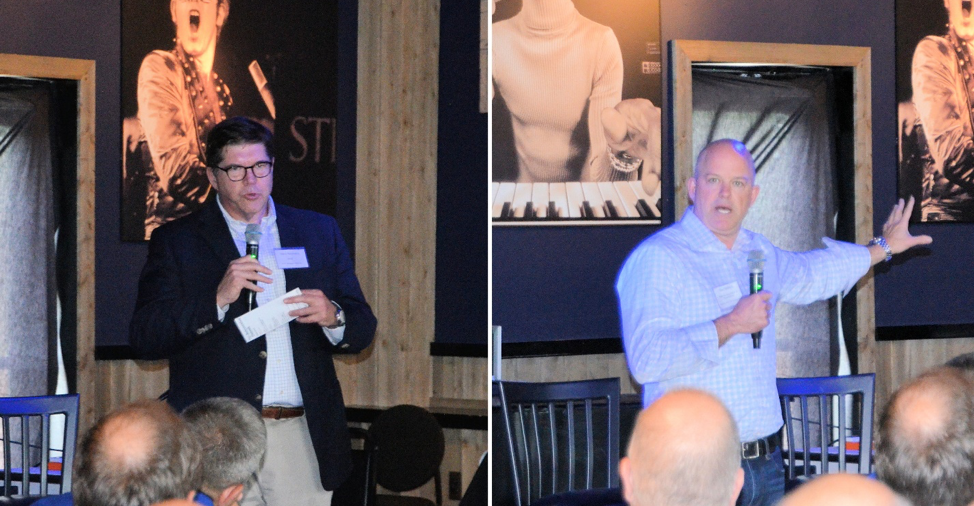 Opening remarks at the GENIVI – NAB workshop were offered by NAB EVP’s Steve Newberry (left) and Sam Matheny (right). Both Steve and Sam emphasized to the audience that broadcasters are “multi-platform digital media companies” and not just about over-the-air transmission. 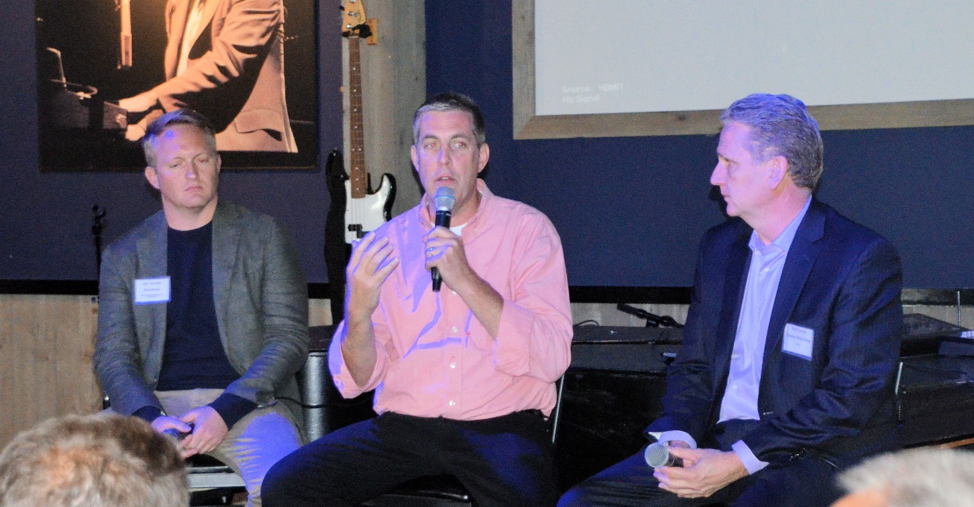 John Ellis (center), president of Ellis and Associates and one of NAB’s automotive industry consultants, talking to iHeartMedia VP, Business Development & Partnerships John Vermeer (left) and Beasley Media’s CTO Mike Cooney (right), about how radio stations are innovating and eager to improve the radio experience on the digital dashboard.

NAB was also a sponsor of the GENIVI Networking Reception on June 6 (held on the first day of the TU-Automotive show) where more than 750 attendees networked, shared insights and participated in the NAB Driving Experience.

The Driving Experience saw attendees race each other on Fast and Furious Tokyo Drift driving simulators. Thanks to all who participated and congratulations to our winners: David Ridenour, First Data who came in third, winning a Blackloud SOUNDDOT AF1 FM Headset; Yuriy Shvalik of Luxoft, who came in second, winning an Amazon Echo; and Kunal Saigal of Tata Elxsi, who had the best time and won a SPARC HD Radio. 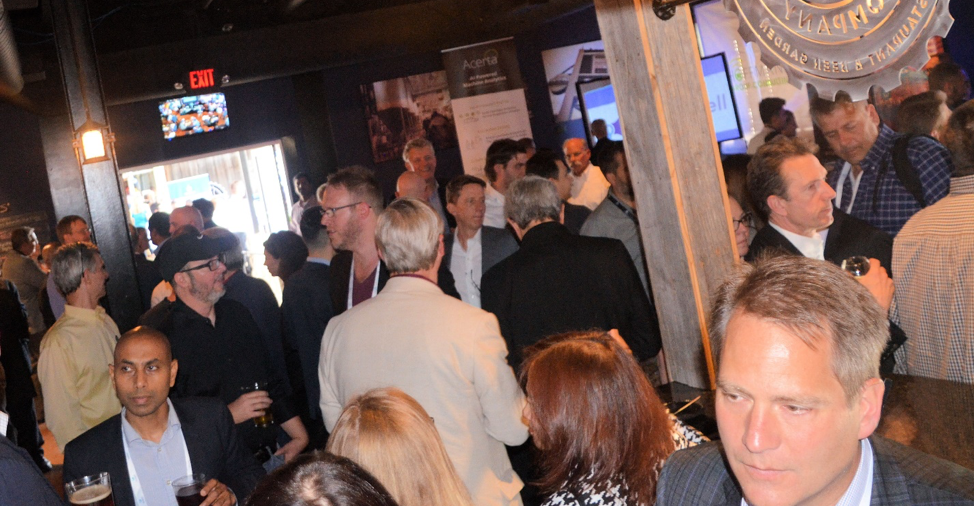 The annual GENIVI networking reception at TU-Automotive was held the day after the GENIVI-NAB Workshop, also at the Michigan Beer Company venue. Over 700 auto industry representatives were in attendance; NAB was the main sponsor of this event.

These events, combined with a tour of the TU-Automotive exhibit hall, provided NAB and its members with an opportunity to learn more about the GENIVI community, network with GENIVI members and others, and interact with radio broadcasters, OEM’s and Tier 1s to help further the relationship between the automotive and broadcasting industries. 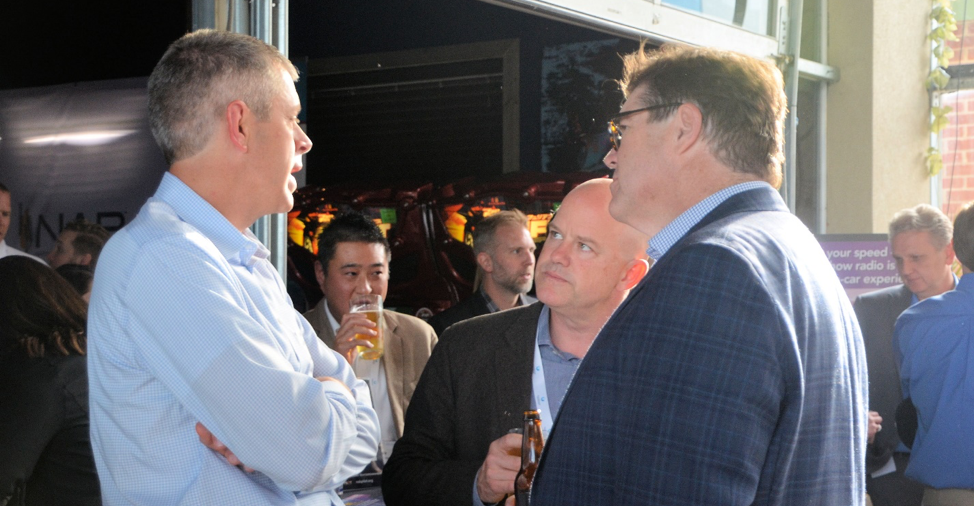 NAB EVPs Sam Matheny (center) and Steve Newberry (right) in a conversation with Harman VP, Global Solutions Kyle Walworth. Harman is one of the top “Tier 1” manufacturers, designing and manufacturing “head units” (the electronics that form the heart of a vehicle’s infotainment system) for car makers.

NAB and PILOT look forward to continued work with GENIVI and the broader automotive industry to secure the future of broadcast radio in the car.

By Stephanie Marshall|July 2, 2018|Blog, Digital Dash|Comments Off on The Future of Radio: A Visit to Detroit