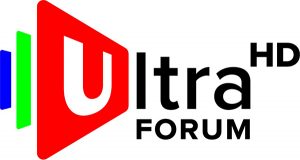 The NAB is a charter member of the Ultra HD Forum, and we have actively supported the organization since its founding over five years ago. The Ultra HD Forum continues to play a crucial role in the successful deployment of Ultra HD video services across the globe.  This includes drafting guidelines to help the industry navigate the complex glass-to-glass (camera to consumer) workflows. NAB’s CTO, Sam Matheny, serves on the board and as co-chair of the communications working group.

This guest blog from the Ultra HD Forum is on a new watermarking API it developed that originally appeared on Piracy Monitor.

Watermarking helps studios and TV programmers understand distribution vulnerabilities, while helping broadcasters identify illegal live redistribution. The new API provides a standardized way to apply it at scale as delivery methods evolve. Authors are listed at the end of the article.

Forensic watermarking complements content protection technologies such as Digital Rights Management (DRM) and Conditional Access Systems (CAS) by providing a means to deter piracy. More specifically, it is a technology that imperceptibly alters a video asset to generates unique copies to be delivered to individual recipients, thereby enabling the recovery of forensic information present in pirated content to address security breaches. This forensic information can relate to the device receiving or displaying the video asset, its model ID or any other information that can help identify the source of piracy.

Forensic watermarking is a mature technology routinely deployed in postproduction houses, digital cinema and hospitality markets. Nevertheless, there has been a renewed interest in forensic watermarking since the middle of the last decade, pushing its use for consumers. Two market drivers are mainly responsible:

These two markets have different expectations for forensic watermarking. On the one hand, the major studios use it to gather intelligence and understand their distribution workflow vulnerabilities. Remedial actions are usually taken a posteriori and may comprise revoking the subscription of (possibly repeating) offenders or barring a family of compromised devices from accessing their content. On the other hand, major broadcast operators instead use forensic watermarking as evidence to immediately cut the source of an illegal pirate live redistribution. In both cases, though, they require watermarking technologies to efficiently scale with the number of consumers and be adapted to new video delivery mechanisms such as over the top (OTT).

Today, there are two leading families of watermarking systems: client-based solutions vs. headend-based solutions. Client-based watermarking solutions require the integration of a watermark embedding agent within end-users’ video consumption devices. This approach has the virtue of leaving the whole video distribution headend untouched. However, it raises security challenges if a large diversity of devices owned and managed by the end-users are to be supported. Some copyright holders are very reluctant to expose their content to such a large surface of attack. Headend-based watermarking solutions have, therefore, been gaining momentum in the last few years. All security-sensitive operations are performed outside of the end-user realm, which fundamentally changes the underlying trust model. Nevertheless, these solutions require integrating a watermarking component in the headend, across the transcoder and the CDN’s edge server by design.

Figure 1 depicts an example of headend based watermarking, routinely referred to as A/B watermarking. Two pre-watermarked variants (A and B) of the ingested Adaptive Bit Rate (ABR) video content are generated at the headend. The OTT delivery mechanisms are then modified to guarantee that each recipient receives a unique sequence of A/B ABR segments. For instance, this serialization can be achieved by manipulating the playlists/manifests published by the origin server or, preferably today, by redirecting chunk requests to their A/B variant at the CDN edge.

Interoperability: the reason behind a watermarking API

Video piracy is recognized as a reality nowadays, and forensic watermarking is taking its share of the spotlight. Forensic watermarking is now commonly a mandatory requirement in Requests for Proposals (RFP’s) for end-to-end security systems. Nevertheless, stakeholders of the headend, such as encoder and CDN providers, are reluctant to go for an ad-hoc vendor strategy.

Interoperability is a critical enabler to facilitate the adoption of new technology in the media world. When possible, protocols, APIs shall be collectively defined and agreed upon between industry players. The goal is to lower the cost of integration and deployment by agreeing on parts of the media delivery system that raise the investment too much. For instance, using the CMAF content format and a single encryption mode has refocused DRM vendors on their fundamental value proposition: the secure management of content keys within different business models and the safe integration into devices.

This unification effort is still underway in watermarking. Several watermarking vendors (ContentArmor, Irdeto, Nexguard, Verimatrix) are members of the Ultra HD Forum and actively participate in its Security Working Group. Over the last year, they jointly defined a standard API to interface an encoder with a watermarking engine that generates pre-watermarked variants of the input video content. The API aims to enable integration at the product level, thereby avoiding a new integration for every project.

As mentioned earlier, in A/B watermarking, video content is pre-processed to produce the pre-watermarked variants and integration with the encoder is required. This feature is particularly true in the context of live distribution, where latency is critical. The proposed API is designed with software architecture to explore watermarking preprocessor (WMP) integration into the encoder. It is a generic C-language API for baseband and compressed watermarking technologies. Depending on implementation specifics, some functionality or parameters may be out of scope. 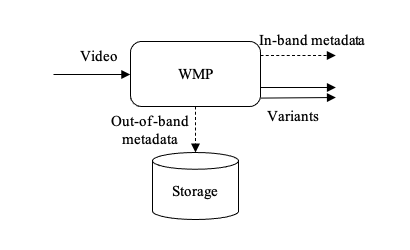 From a system perspective, the WMP is a software component that needs to be integrated within the encoder’s video processing pipeline. It takes video frames as input and outputs one or several pre-watermarked variants of these frames, typically two in the case of A/B watermarking, as shown in Figure 2. Depending on the watermarking technology, it will be placed either before the encoding module if the WMP processes baseband video content or after the encoding module if it processes compressed video content. Although this document provides a generic API for both types of watermarking systems, the actual integration in the encoder will be de facto different. In addition to the produced pre-watermarked variants, the WMP may generate metadata and, more specifically, in-band and/or out-of-band metadata managed by the encoder.

The characteristics of the WMP are:

Support from the Industry

The UHD Forum’s goal is to support the Industry and provide answers to real needs. This API is the result of the joint effort from several watermarking vendors. It is welcomed by encoders vendors, as expressed by Stephane Cloirec, vice president, Video Appliance Products from Harmonic, who said, “Building a strong video delivery ecosystem around industry standards has been Harmonic’s philosophy since inception. Historically, content protection interface standardization around DVB Simulcrypt has demonstrated the value of this standard-based approach. We expect that the watermarking API will play the same instrumental role to facilitate the penetration of watermark-based content protection throughout the video industry.”

Greg Truax, head of Live Video Services at AWS Elemental, also welcomes this API stating, “We are excited by the effort of the UHD Forum in building the watermarking API. Having a uniform interface between watermarking technology providers and encoding providers allows customers to select the vendors that best meet all of their needs; there are no artificial dependencies based on proprietary integrations. Customers will be able to deploy this important technology quickly, and vendors get significantly more leverage out of the engineering time spent on this integration.”

You can download the specification V1.0 of the API here.