Through 2016, we tracked the sales and capabilities of the top-selling smartphones sold in the U.S. – which we defined as the upper 70 percent of U.S. sales – typically equating to approximately the 20 most popular phone models of the day. We explored the internal design of these phones to determine their FM reception capabilities. The chart below shows historical data since we began collecting it, up to the most recent data available (fourth quarter of 2016), presented as annualized summaries.

This data indicated that nearly all the top-selling smartphones sold in the U.S. during that period were equipped with an FM radio tuner, yet FM reception was activated for users (by at least one major carrier) in a minority of those phones – although that activation had increased across the period. For 2016, the 44.5 million FM-activated top-selling phones represented 34% of the total sold that year (129.8 million).

This means that nearly two-thirds of the most popular phones sold in 2016 did not have FM radio reception activated, although almost all of them have the potential to do so. Of these FM-capable but non-activated devices, the vast majority (including 100% of those sold in the fourth quarter of 2016) were Apple iPhones. 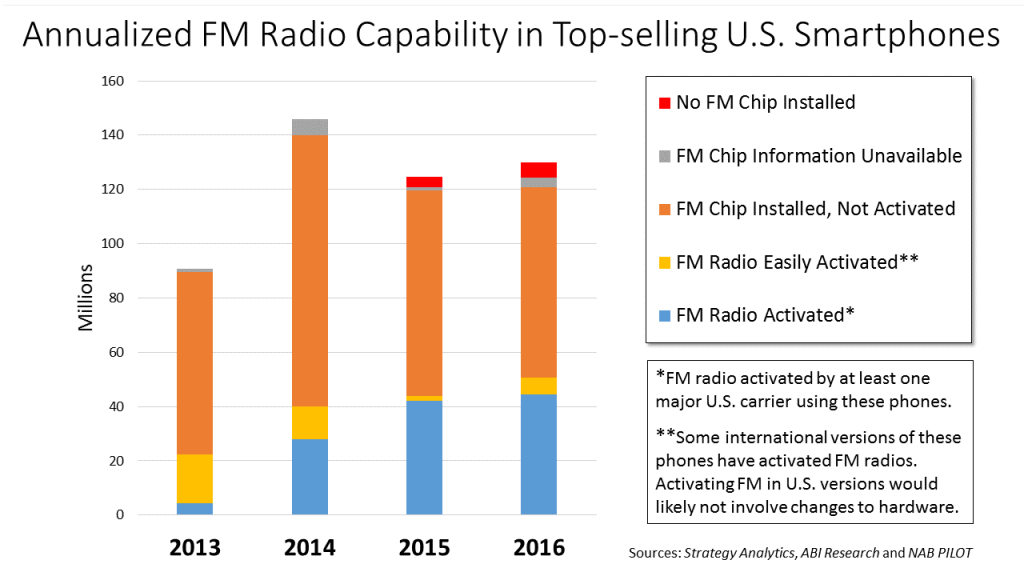 Why does it matter? Americans are consuming more audio and video on the go than ever before. Smartphones and tablets are walking entertainment centers. But the convenience of on-the-go entertainment can carry a hefty price tag for consumers, given that most service providers charge for wireless data by the bit. With FM radio capability, a mobile device user doesn’t have to stream audio, but receives it over the air for free – with up to six times less battery drain than streaming requires. And during crisis situations when cellular networks can go down, over-the-air radio stays on.

The chart below shows how sales of FM-activated smartphones have grown over time. 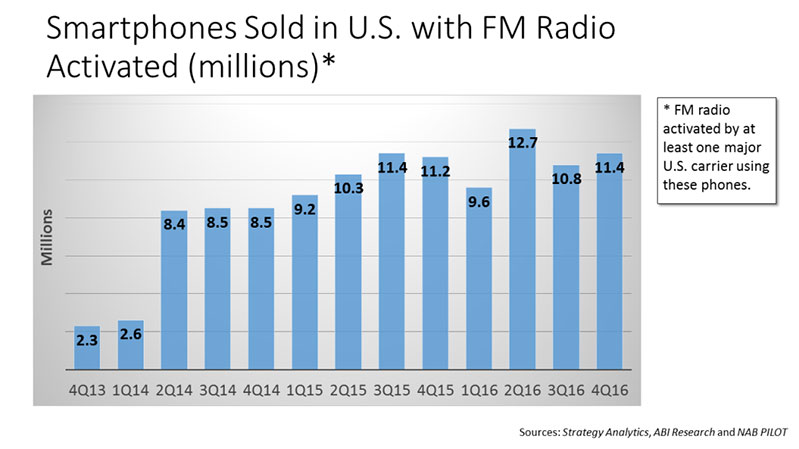