PILOT has developed a state-of-the-art AM and FM radio test bed that is available for hire. This facility is located in Washington, DC in the NAB Technology Lab, located on the fifth floor of the NAB headquarters building. 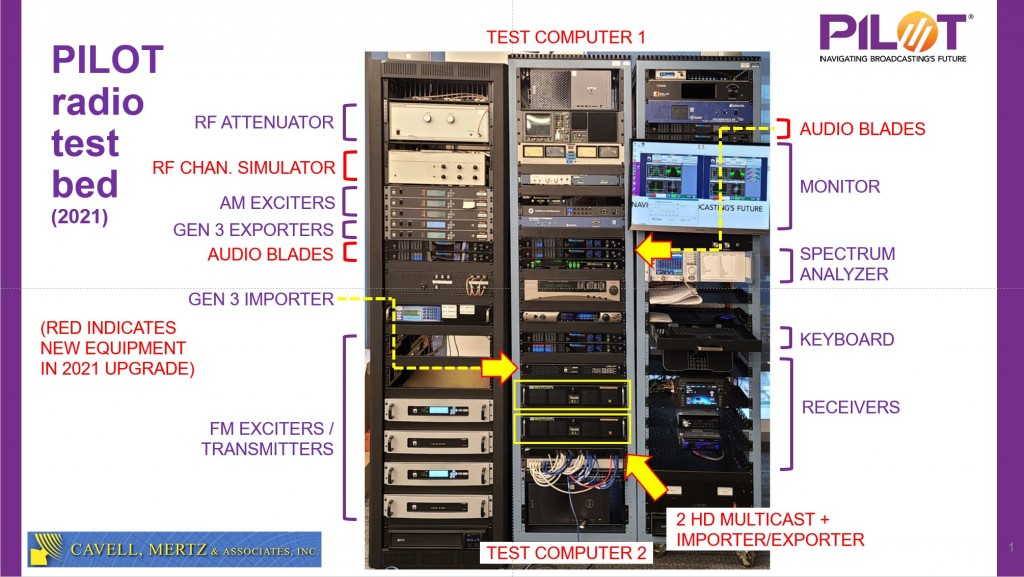 PILOT Radio Test Bed shown after the upgrade done in 2021

Originally built in 2014 by Cavell, Mertz and Associates for AM band testing, it was upgraded for FM band testing in 2016 and underwent additional upgrading in 2021 when it was moved from its original location in Manassas, Virginia to the NAB building.  The PILOT Radio Test Bed is particularly well-suited for conducting adjacent-channel interference testing. For each band, the test bed includes three RF exciters allowing for tests involving simultaneous upper- and lower-adjacent channel interferers (in addition to a desired signal). Additionally, the test bed is capable of HD Radio transmissions in both bands, and includes a set of “gen 3” HD Radio Importer and Exporter gear as well as two “gen 4” HD Multicast+ units. 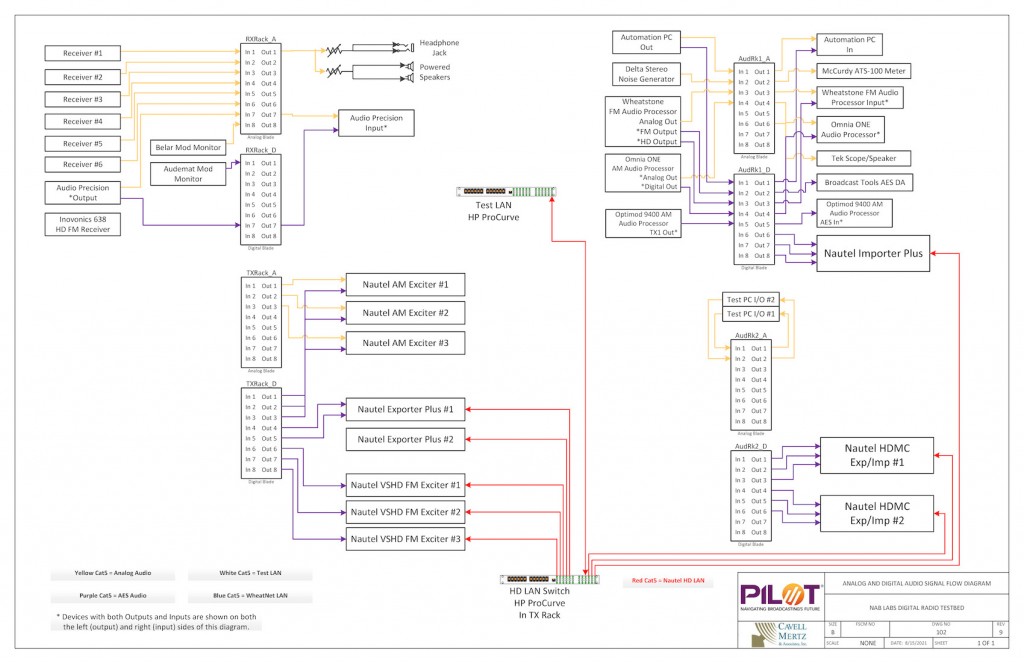 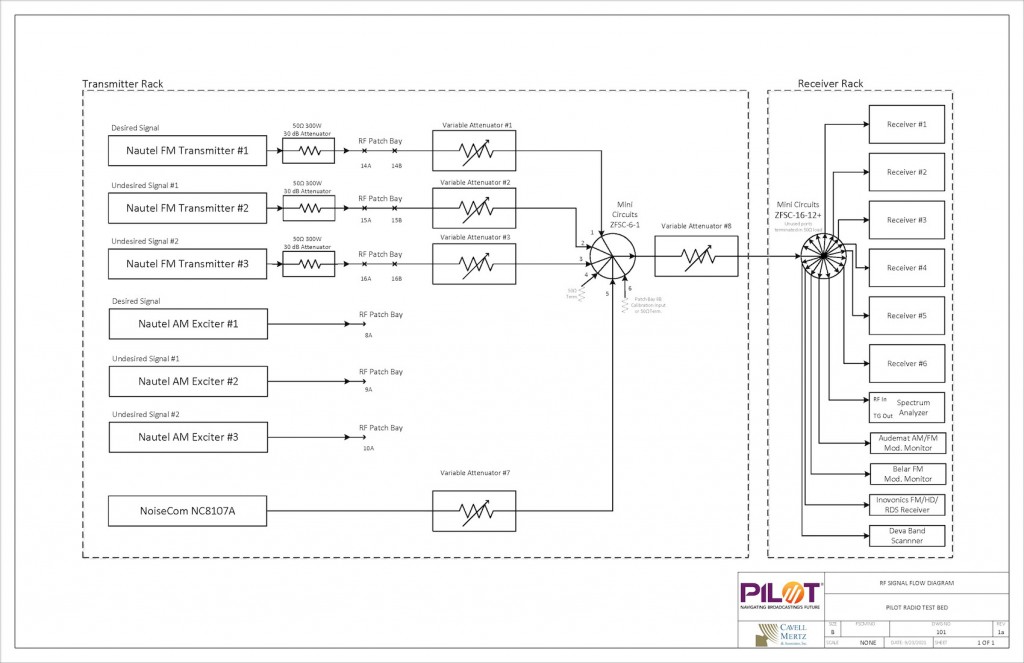 All of the test bed hardware is contained within the three equipment racks shown above and described here:

If you are interested in hiring the PILOT Radio Test Bed, please contact David Layer at NAB.